The cost increases in the construction and energy sectors could have a critical impact on the construction of the new Rail Baltica railway. Inflation is estimated to rise by up to 10% in the pessimistic forecast, and the project promoters could still deal with this. However, if inflation rises even more, due to Covid, speculation, energy shortages or any other reason, additional money will have to be requested, and then there will be no way of getting around without the approval of the countries not involved in the project.
12.01.2022. Imants Vīksne 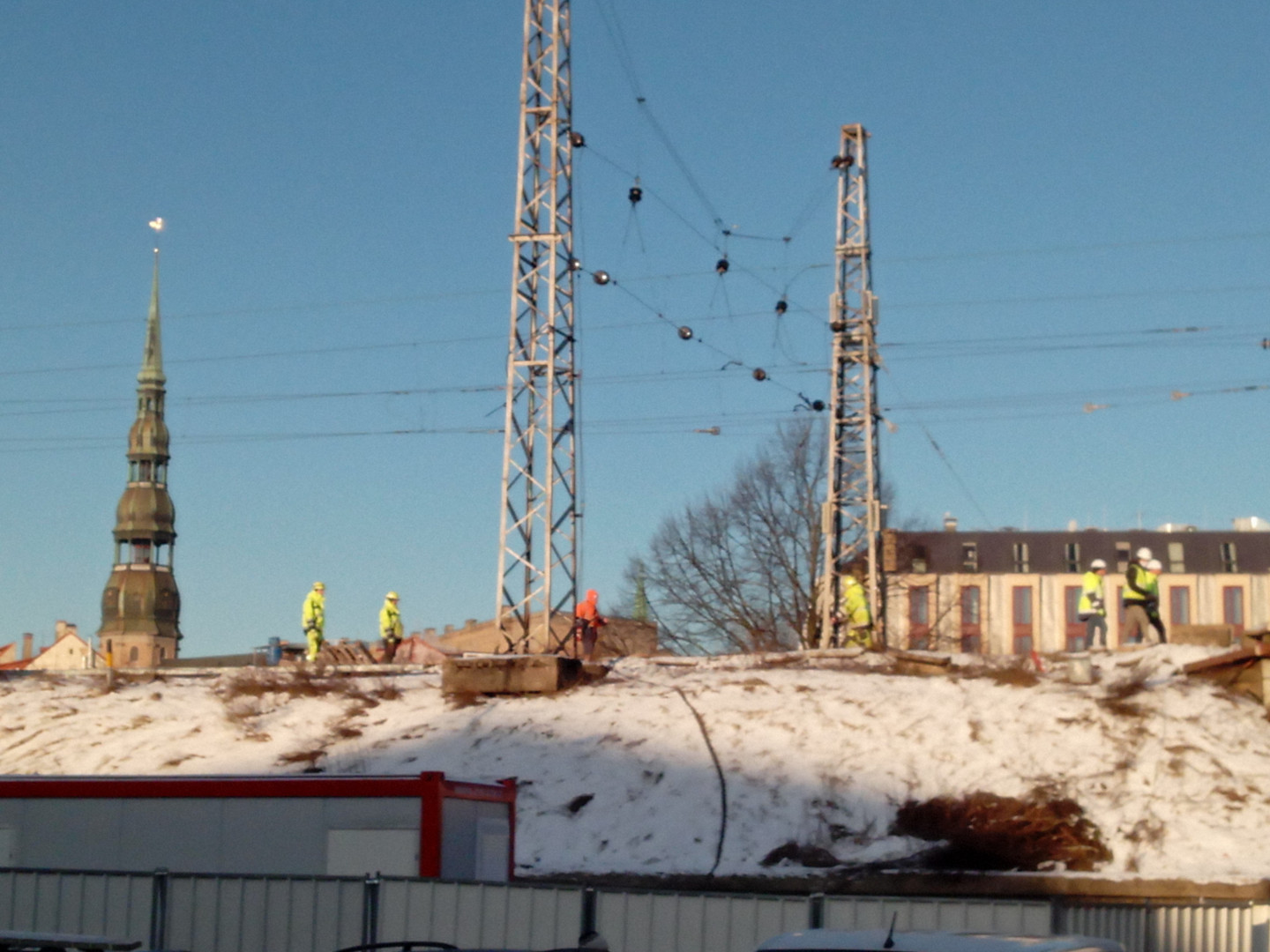 Although the railway construction process is only now really getting underway, each victory is loudly celebrated to show the international community that there is no stopping now. It is no coincidence that the French Minister for Transport spent several hours at the station site on Monday. To see that so much has been done that there is no turning back.

The Estonians are offended again

Of course, the constant whining from neighboring Estonians that the project has no future is not good news here. The last time the Baltic ministers met with representatives of the European Commission on the train, they jointly concluded that the section from Riga airport towards Lithuania and Poland has gotten furthest in the project and should therefore be considered a priority. Unbelievable as it may seem, Latvia is currently making the fastest progress on the new railway. Major infrastructure is being built, mobility points that can be quickly connected on a single line. Meanwhile, the Estonians are building individual overpasses, but have not yet got to the station. So there will be nothing to connect. After hearing these musings from their colleagues, the Estonian delegation took offence again and went home. The Lithuanian delegation took offence at the Estonians for their endless whining.

It is clear that with such a relationship, the idea to merge the six project promoters into one company, RB Rail, has failed and is now not even on the table. Each country has two promoters - a mother, a daughter, and in Lithuania even a granddaughter - and the national railway company is also involved.

But what is Latvia doing now?

Latvia continues to speed up the implementation of the railway project in order to make the most of the funds it has received and so it would be too late to pull the emergency brake on the project.

A sensible strategy, given that the works are becoming increasingly expensive and it is quite inevitable that more money will have to be requested from Europe.

The Bank of Latvia has already issued a forecast that the cost of the Latvian section of the railway could rise from the planned two billion to as much as three billion. Guntis Āboltiņš-Āboliņš, a representative of the supervisory board of the construction company BeReRix, admits that there is no global solution to this problem yet. If there is a shortage of money, project implementation deadlines will suffer. But as long as there is enough money, the builders are moving forward, and yesterday a new construction billboard reappeared in Riga - near the bus terminal.

Work at the bus terminal starts

Demolition of the bus platform shelters on the embankment side starts this week, which will be followed by the removal of one side of the embankment. Here and elsewhere in Riga, trains will be placed on overpasses - alongside both the old and the new gauge tracks that will continue from the station over the new Daugava Bridge. The work has been planned several years in advance, and people in Latvia have to take into account various difficulties when moving around the capital. Riga already has a terrible traffic organization, with bridges falling apart and trucks being driven through the city center. Huge traffic jams form at the slightest rainfall. If major construction works are organized in the city center, traffic jams will take even longer. However, construction workers will try to avoid closing traffic as much as possible, or to do so at night and on weekends. For example, on Lāčplēša Street, where an overpass is under construction. But the impact will be much greater for the work near the bus terminal and then by the new bridge.

Benefit even without the train

Passengers already have to pay very close attention to where bus boarding and disembarking points are organized. The bus terminal was already struggling to accommodate 580 buses a day, but now even less space will be available because of the construction work. For four years, we will have to put up with constant changes and inconvenience. But after that, the city will be happy to say goodbye to a major insurmountable obstacle in the center - the railway embankment. And it is good that the bus terminal will not be moved away from the center, as originally planned. The two sides of the railway - the Central Market and the Old Town area - will be connected by squares, paths and convenient crossings. The Riga City Council has earmarked €28 million for this purpose. From this point of view, the railway project will have justified itself even if the high-speed train does not arrive as soon as promised in the timetable - in 2026.