Warnings about the lacking border were ignored already in 2015

Although Latvia's eastern border is far away from major population centers, its vulnerability is a concern for many people, especially those with experience in the security forces. In 2015, retired Lieutenant Commander Māris Grinšteins, a member of the Latvian Officers' Association, warned the Ministry of the Interior that border guards needed to be ensured physical access to the state border as quickly as possible. This was not done. In addition to the lack of a fence, this factor is also the reason why border guards and soldiers now day after day have to chase after dozens of migrants who have illegally entered Latvian territory from Belarus.
14.01.2022. Imants Vīksne 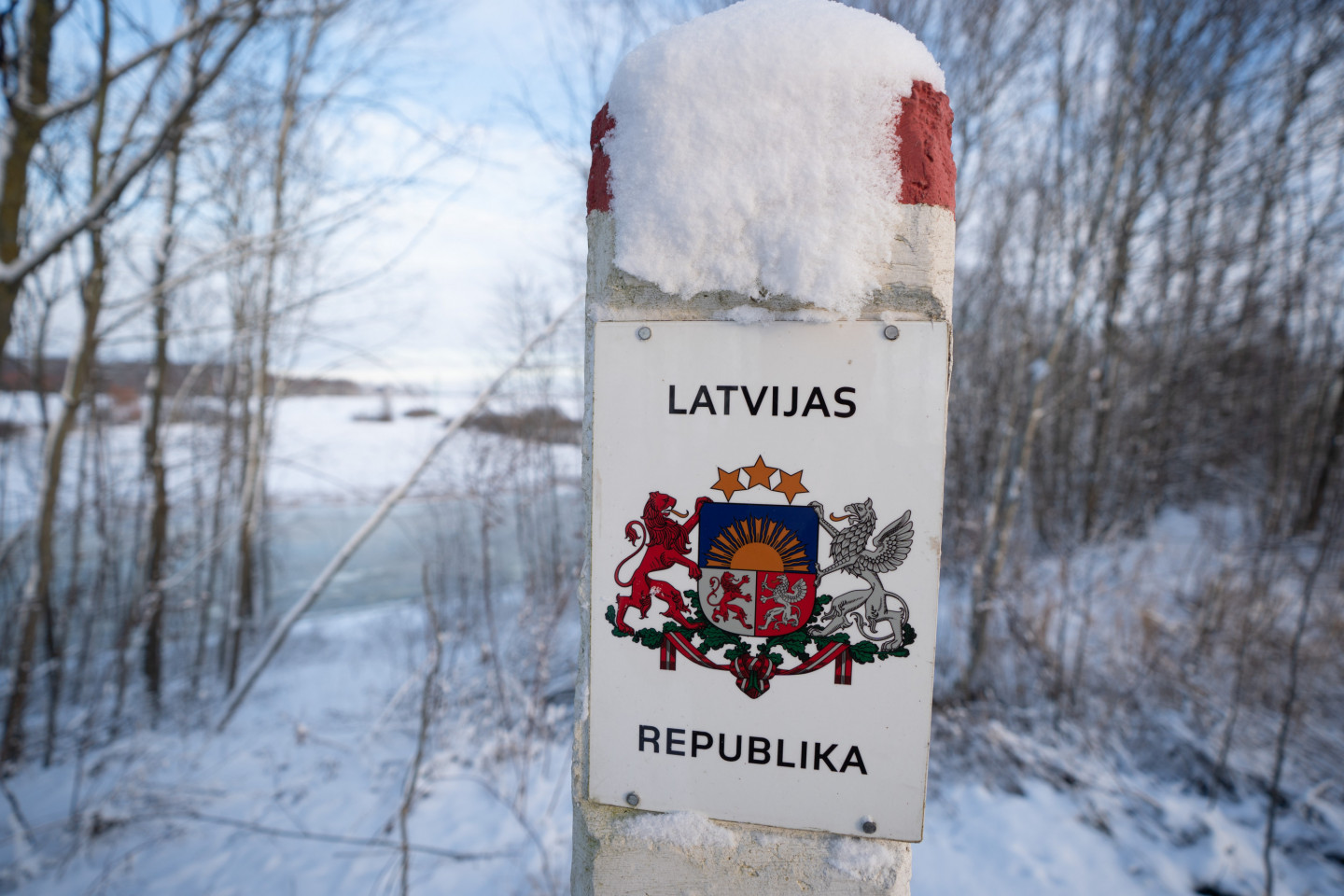 Movement along the border on the Latvian side is particularly difficult at the moment. There are no well-maintained patrol trails in the difficult terrain. You have to walk on icy and muddy planks thrown on the ground to serve as a path, risking falling down or in the water. Or, in narrower places, to get caught in the roll of barbed wire that stretches out in some sections of the border as a modest temporary fence replacement. Patrolling along the border is particularly difficult in the dark, you have to look under your feet not to fall down - you can't do discreet surveillance like that. Neatkarīgā has already reported on this. "It's even worse than it looks" at the border. In the installation of a temporary fence, one mistake is followed by another, and the working conditions for border guards and soldiers on the border are also unacceptable. The media are very restricted when working on the border, but Neatkarīgā was able to see the situation first-hand from the National Guard. The army has a long history of assisting the border guards in the fight against illegal migration.

The weak link of the Baltics

In terms of border improvements, we are still lagging in the 1990s, and it is particularly unpleasant to see that the border on the Belarusian side is clean and orderly. There are wide footbridges raised above the water and mud, comfortable paths for patrolling and all the prerequisites for effective surveillance. On the Latvian side - frozen clods and pits of water that you can fall into. In practice, this means that on the Belarusian side, criminals and their transporters can approach the border very quickly and quickly enter Latvia, only to disappear into the forests and swamps of Latgale or quickly fall into the hands of our services. Depending on the task given to the migrant group in question. And this is what Māris Grinšteins warned the Ministry of the Interior about back in 2015. Back then, plague-ridden wild boars from Russia became less of a problem. And so did the swarms of Vietnamese that human traffickers were bringing over the border. Russia invaded Ukraine, and Latvia's border was vulnerable and difficult to control from its aggressive neighbor. And so was the Belarusian border. Although not officially put into operation, the Russian border was half-cleared in the following years. The Belarusian border was not, in the belief that it was less of a threat to Latvia. In practice, however, this assumption proved to be wrong. It is Latvia's border that is now the weak link in the hybrid migrant operation organized by Belarus and Russia. It has as many holes as a sieve and is difficult to monitor.

In 2018, former Navy officer Māris Grinšteins approached the Ministry of the Interior again on this issue. Here is the quote with reference to the first letter: "When I watched the reports from the border, I saw that in some places access was hindered by swamps, the overgrown border strip, private properties and other adversities. At the time, I suggested that property rights along the border should be sorted out (bought back, following the Estonian model), but above all, that border guards should have easier access to the border in the shortest possible time from anywhere. I therefore proposed a plan called 'Rocade' (French for "a road parallel to the front line"), i.e. to build something like a bicycle path parallel to the border, which would take you to any border point from the nearest cordon in the shortest possible time. In places where this is difficult, build temporary paths - wooden footbridges, as for example in the Ķemeri moor, with the idea that they can be travelled even if by bicycle or motorbike, but better by quad bike. At the time, the answer I got was that it was too expensive, even though there were opportunities for EU funding."

The retired Lieutenant Commander did not rest easy and took his concerns to the Ministry of the Interior again in 2019. And not only there. Also to the Ministry of Defense and to the responsible committees in the Saeima. It is wrong that the Latvian state has not strengthened its borders with aggressive and dangerous neighbors.

According to the project documentation

The Ministry of Defense acknowledged in its reply letter that "undoubtedly, the state border is a matter of national security, but ensuring the inviolability of the state border and preventing illegal migration is the responsibility of the State Border Guard, which is under the supervision of the Minister of the Interior. The National Armed Forces, on the other hand, aim to protect the sovereignty, territorial integrity and population of the State of Latvia from aggression." The Rocade project was taken note of.

The Ministry of the Interior also replied: "The construction of infrastructure on the eastern border of the country is being carried out in accordance with the financial resources of the Ministry of the Interior and in accordance with the developed construction plan documentation. During the development of the construction project, various possible solutions were evaluated and, as a result, a solution was selected which provides for the construction of foot control and patrol paths (with wooden footbridges), as well as a fence. Wooden footbridges will be constructed in areas where movement is otherwise difficult. At this point in time, the work on the eastern border of the country has not yet been completed."

The work still has not been completed

Basically, the Ministry explains that it has conceived and is implementing something similar to the Rocade plan proposed by Māris Grinšteins. Only one important remark: it is already 2022 and "at this point in time, the work on the eastern border of the country has not yet been completed". There is still no permanent fence, but in some parts of the border, the stretched-as-much-as-possible coils of barbed wire have proved too easy an obstacle for criminals to overcome. Since the state of emergency was declared at the border on August 10 last year, 4,554 people have been stopped from crossing the border illegally. In practice, this means that they have entered the country, been intercepted and driven back to Belarus. Many even multiple times. This Tuesday, 39 have been pushed back. In addition, there has been a major snag with the installation of the temporary fence. In a 2.7-kilometre stretch, the barbed wire was laid on Belarusian land. On the other side! The mistake was promptly rectified and the fence was moved 50 centimeters to the Latvian side.

Back in 2019, in a reply letter to Māris Grinšteins, the State Secretary of the Ministry of the Interior, Dimitrijs Trofimovs, expressed his gratitude for the interest and initiative shown, while pointing out that "the Ministry of the Interior closely cooperates in this matter with the State Border Guard, which is responsible for ensuring the inviolability of the state border and preventing illegal immigration, and other experts in order to find the best possible solutions for the protection of the national border". But the physical border, even now, you can see mostly bad and worse solutions - a parody of a fence and infrastructure for breaking legs. Retired Lieutenant Commander Māris Grinšteins, a member of the Latvian Officers' Association, is concerned about this. And he is not the only one.

It is already the fourth decade after independence and there has been plenty of time to sort out the border, just not enough willpower. Apparently, it is still lacking.