Dr August Hanning, former member of the Supervisory Board of PNB Bank, former head of the German Federal Intelligence Service (Bundesnachrichtendienst), State Secretary of the German Ministry of the Interior, now a lawyer, has given evidence to Latvian state officials about alleged corruption and other irregularities in the liquidation process of the bank in a submission to the Latvian authorities.
17.01.2022. Ritums Rozenbergs 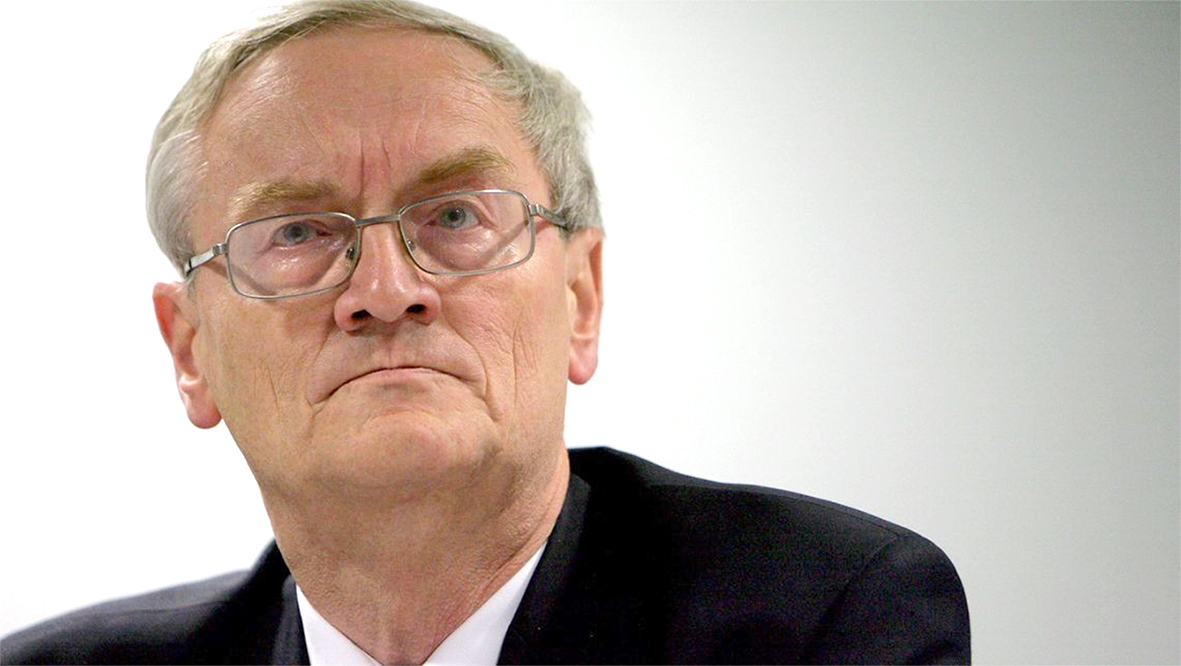 Dr August Hanning, former head of the German Federal Intelligence Service (Bundesnachrichtendienst), State Secretary of the German Ministry of the Interior, former member of the Supervisory Board of PNB Bank, now a lawyer, by giving evidence on alleged corruption in the insolvency proceedings of PNB Bank, is trying to arouse interest in the Latvian authorities to fight corruption not only in words, but also in deeds ©foto no Vācijas parlamenta (Deutscher Bundestag) arhīva.

In the document "Submission and testimonies on alleged criminal offences against the persons involved in the insolvency case of 'PNB Bank' in Riga" addressed to Latvian officials, A. Hanning stated that the submission and testimony were "against the former members of the Board of Directors of PNB Bank, Oliver Bramwell and Anna Verbicka, and other members of the Board of Directors; against the former majority shareholder of the bank, Grigoriy Guselnikov; against various employees of the Banking Supervision Division of the Latvian banking supervisory authority FCMC (Financial and Capital Market Commission) and the European Central Bank (ECB); against the Latvian state-appointed insolvency administrator (Vigo) Krastiņš; against other representatives of the Latvian state administration who were involved in the insolvency proceedings".

The document describes the illegalities committed in the illegal withdrawal of funds from the bank and how the credit institution was artificially led to insolvency, as well as the appointment of the insolvency administrator, which is questionable from the point of view of the law.

Politician Jurašs has been highlighted

In the section of the document entitled "Grigoriy Guselnikov", A. Hanning stated: "Grigoriy Guselnikov is a British and Russian citizen. He and his family were the majority shareholders of the bank until July 25, 2019. He was Chairman of the Bank's Supervisory Board from December 20, 2013, until June 30, 2019. He urged the (bank's) management to withdraw assets from the bank for his benefit, knowing that such action was criminal. Latvian sources report that he used Latvian fraudsters to influence the bank to demand payments, thus carrying out illegal activities on his part. The bank paid €500,000 to Juris Jurašs, Chairman of the Legal Affairs Committee of the Latvian Saeima and former Head of the Corruption Prevention and Combating Bureau of Latvia. According to these reports, he allegedly influenced the FCMC to take illegal actions in support of Guselnikov. Guselnikov allegedly influenced FCMC and the insolvency administrator Krastiņš through the aforementioned Juris Jurašs. This could also explain why the insolvency administrator has not challenged the withdrawal of assets from the bank in favor of Guselnikov, despite the fact that under Latvian law he is empowered to do so as insolvency administrator for the first five years, and instead the applicant, as a former member of the bank's Supervisory Board, exercises the right to challenge such a withdrawal of assets from the bank. Guselnikov and Bramwell have since left their residence in the United Kingdom and now reside in Russia (Moscow)."

It should be recalled that the influential German newspaper Bild also wrote about corruption in the Latvian authorities in connection with the liquidation of PNB Bank.

Floating in the bureaucracy

On August 30, 2021, A. Hanning sent the above-mentioned submission with a covering letter to the Latvian Ambassador to Germany, Inga Skujiņa. On September 3, he received a reply from Kaspars Adijāns, the Embassy's Culture and Media Project Manager, stating that, in accordance with the Vienna Convention, the Embassy was not entitled to assess and forward the submission for possible criminal offences.

In response to the Latvian Embassy's reply, A. Hanning sent a letter to the Latvian Prime Minister Krišjānis Kariņš on September 5, enclosing the submission and evidence. In the letter, A. Hanning asks the Prime Minister to remind the responsible Latvian officials that it is also "in the interest of Latvia's reputation as a financial services center" to find out the truth about PNB's insolvency. He recalled the commitment of Latvian officials at the time to an uncompromising fight against corruption.

On September 14, 2021, the Head of the Prime Minister's Office, Jānis Patmalnieks, replied that the letter had been forwarded to the Latvian State Police.

State Police Inspector Tatjana Gordina replied to A. Hanning that his submission with evidence had been examined by the State Police on October 18 and that "on October 22, 2021, a decision was taken to refuse to initiate criminal proceedings, written in the form of a resolution...". The reply also states that "in accordance with Article 373(5) and Article 369 of the Criminal Procedure Law, you have no right to appeal against the decision".

In a conversation with Neatkarīgā, A. Hanning stressed that Vigo Krastiņš, the bank's insolvency administrator appointed by the Latvian state, had found evidence that PNB Bank management had illegally transferred money to G. Guselnikov, which had even led him to lie to his lawyers. However, V. Krastiņš did not try to return these payments to the bank, even though he should have done so. Instead, he used his knowledge to put pressure on some of the directors of the bank's departments who worked with him, to the detriment of the bank's creditors. A. Hanning was also allegedly offered a deal under which the bank would waive its claims against Latvia and its claims against Guselnikov. A. Hanning allegedly received information from Latvia that "the insolvency proceedings and the insolvency administrator of PNB Bank are effectively controlled by Mr Jurašs".

"PNB Bank was suspended on August 15, 2019, and declared insolvent less than a month later by a decision of the Riga City Vidzeme District Court. On August 15, 2019, the ECB recognized that PNB Bank may be in financial difficulties. The European Single Resolution Board decided not to take measures to stabilize PNB Bank. Based on the ECB's decision, the Latvian FCMC suspended PNB Bank's financial services and decided on the unavailability of deposits.