Western embassies in Kyiv are packing up their suitcases, and from the outside, it looks almost like an escape. Almost like an unmistakable signal that hostilities are no longer avoidable. But let us not be so pessimistic.
26.01.2022. BLBens Latkovskis 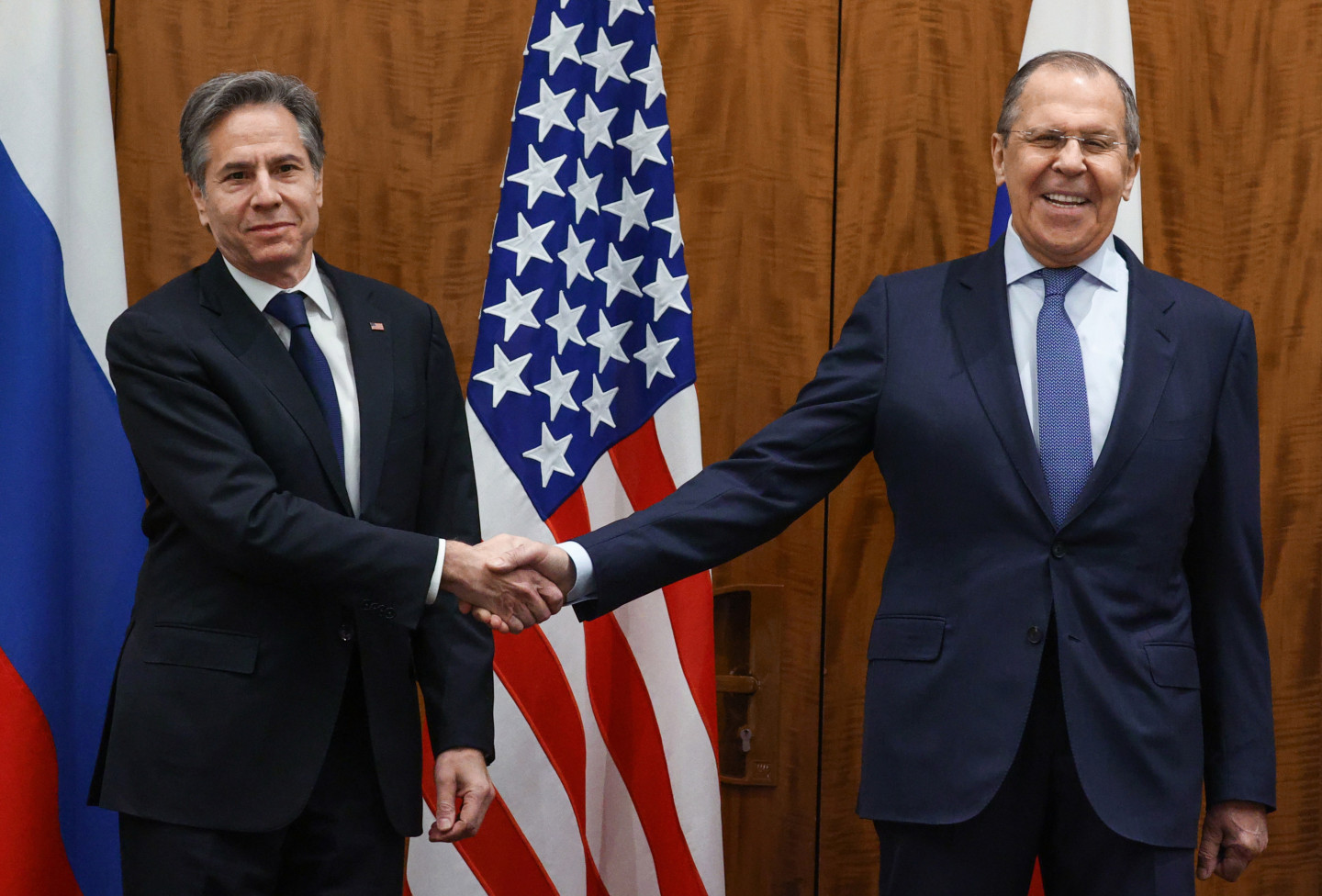 Although the Russian invasion of Ukraine does indeed look at times like "just a matter of time," and this feeling is reinforced by Bloomberg's report that Chinese leader Xi Jinping has reportedly asked his Russian counterpart to postpone the attack until after the Olympics, there is reason to hope that there will be no war. On what are these hopes based? Compared to the situation last spring, when an unprecedented concentration of Russian troops began on the borders of Ukraine, and even compared to the beginning of December, the situation on the information front has changed significantly.

To better understand what has changed, a small cinematographic analogy. In the 1996 film Ransom, directed by Ron Howard and starring Mel Gibson, the son of a multimillionaire played by Gibson is kidnapped by blackmailers who demand a ransom of two million dollars. The kidnapped boy's parents are ready to pay the ransom, but something goes wrong, Gibson's character realizes that the kidnappers won't let his son live anyway, and suddenly counter-attacks, promising on live television twice as much - four million dollars - for the kidnapper's head, promising that if anything bad happens to his son, he will devote his life and millions to finding the kidnapper and getting payback.

Something roughly similar (I stress, only half as similar) has been happening recently with Putin's blackmail. Putin wanted to be talked to, to be counted on and to be seen as an equal player on what he considers to be the big global chessboard. Almost all his programmatic speeches are permeated by the refrain: we are not heard, we are not listened to! Putin may be said to have finally achieved his goal. He is noticed, heard and listened to. No one is trying to belittle him, as Barack Obama once did, by calling Russia a regional (that is, not a global) power.

But it just seems that Putin had hoped for something else. For some kind of acceptance among the "big guys". He had hoped to be told - well done, boy, you have passed the initiation ritual, so you are entitled to sit between us - the leaders of the US and China (European small-timers are out of the question, they can be easily bought with Gazprom and Rosneft money). But Putin does not really hear these words from Washington or from Beijing.

What does he hear and see? When Barack Obama kept repeating the phrase "Moscow will have a high price to pay " all the time in 2014-2015, the Kremlin rightly laughed at this empty threat. Of course, one can invoke the sanctions adopted then and calculate the damage they caused, but they are absolutely irrelevant against the overall background for Putin to change the azimuth of the course he has set, even for a degree. The same phrases are now being repeated about the "high price" that Putin would have to pay if he invades, but this time, unlike under Obama, it will be much harder not to demand that high price and to pretend that nothing that bad is happening.

Until last autumn, the Ukraine issue seemed deeply peripheral not only to the ordinary Western citizen but even to the political class there. And not so much geographically, because Ukraine is in Europe, but psychologically. It was perceived as a quarrel in another family. It is not our conflict. So nobody wanted to impose real sanctions, and they were imposed more for the appearance because you had to react to it somehow. Even military aid to Ukraine from the West could only be received with constant nagging.

The situation is different now. The main wave of panic is coming from the West. There is reason to believe that the regular leaks from US intelligence agencies about an imminent Russian invasion of Ukraine are deliberate, designed to change the nature of the game, like the aforementioned Ron Howard film. The unprecedentedly sharp tone of US Secretary of State Anthony Blinken makes the Kremlin realize that it's not only you who knows how to speak from a position of strength, we can do that too. It cannot be ruled out that the "flight" of diplomats from Kyiv is also part of this scaremongering. The UK is urgently sending anti-tank missiles to Ukraine, the Baltic States are sending portable air defense equipment, Spain is sending warships to the Black Sea, and so on. Germany is a separate story, but the fact that it has to shamefully apologize for its pro-Russian stance speaks for itself.

Serious observers (who do not take part in the Russian TV yelling shows) in both Russia and Ukraine almost unanimously say: calm down, it is just a game where each side has its own interests, but in reality, nobody wants to fight, but the panic has an independent life of its own. Although the West is reluctant to impose serious sanctions (which would threaten the regular business) even now, there has been so much talk about them that it will no longer be enough to impose another checkmark sanction. By this scaremongering, the US has made Putin understand that the risk of a really strong reaction from the West is high.

However, the main sign that the political barometer is beginning to tilt towards the "no war" section is that constructive, conciliatory signs are coming through in the Kremlin's official rhetoric (not the deafening informational noise). After the so-called ultimatum of December 17, it was said that the document addressed to the US was not a dining menu where you could pick and choose what to take. It is to be accepted in its entirety, without change. Now Russian Foreign Minister Sergey Lavrov has announced that Moscow is waiting for a written response to this document (quite rightly hoping that it will be rejected in the main, but at the same time allowing the US to be seen as having made some concessions) and is smiling demonstratively as he takes a photo with Blinken as if to say - let's stop fighting with each other and get down to business - dividing the world into spheres of influence.

Admittedly, for the sake of peace, the US and the collective West as a whole might go along with such a deal. Not officially, of course, and not even at some backroom level. Simply without words, without explicit commitments and promises. Just letting it be known that it's okay, don't worry, we're not going to accept Ukraine into NATO, stop grumbling, but even then it won't mean quietly agreeing to a Russian invasion.

And without an invasion, Moscow has no hope of installing a government loyal to itself in Kyiv, which in turn means... And so we come back to "only a matter of time" and everything else in a circle. In other words, the barometer (forecasts) is one thing, but the weather outside the window is quite another. Therefore, Russia-Ukraine, Russia-US and Russia-West relations cannot be predicted with any certainty. Although the barometer shows one thing, Chekhov's maxim about how the gun that hangs on the wall in the first act of the play must make a shot has not yet been abolished.