The Danish government will lift restrictions imposed in the fight against the pandemic from February 1. Similar decisions have been announced by England, Spain, the Czech Republic and other countries. The Center Party, which is part of the Estonian government coalition, is actively discussing the phasing out of vaccination certificates and human sorting.
28.01.2022. BLBens Latkovskis 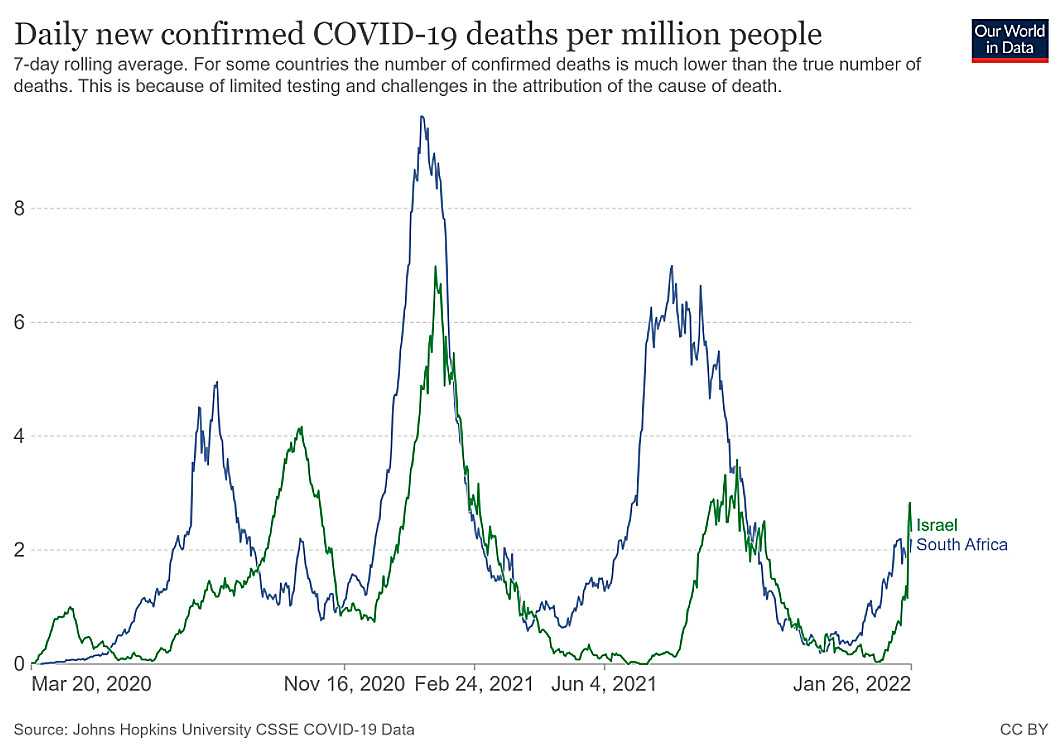 The shift in European countries from a particularly harsh attitude towards Covid to a more practical one is becoming increasingly clear. From hysterics to calmness. Which way will Latvia go? For the time being, it is clinging to that ever-shrinking group of countries prepared to maintain a hysterical attitude towards the pandemic for as long as possible. One might even say a religiously sectarian attitude.

What does it mean to be hysterical and what does it mean to be practical about Covid? What is the difference between these approaches? To avoid confusion, I should add that I consider Covid-19 to be a very serious, dangerous and, in its worst manifestations, a very nasty disease. It has claimed an enormous number of lives, and to deny this would be to ignore the facts. It is undeniable. But the rest is less clear.

Since the pandemic began, there have been countless mistakes, misunderstandings and foolish decisions. Every day, new pandemic-containment moves were invented, with uncertain epidemiological effects and traumatic effects on the human psyche and the social climate. This groping in the dark in response to a new, previously unknown threat is normal, and the fact that governments around the world, with limited information, tried to do whatever it took to stop the pandemic is not anything bad. No one should be blamed for this.

But it is another thing if this attitude towards decisions taken by oneself becomes self-righteous; if something is not reversed just because one then has to admit one's mistakes; if ignoring the facts because of a "principled" stand begins; if attitudes towards Covid become a part of people's identity, like nationality, religion or political beliefs. That is hysterical, not practical. Unfortunately, we see this in many parts of the world, where being principled and standing firm takes precedence over medical usefulness and even common sense.

We see this in the case of the exclusion of tennis star Novak Djokovic from Australia, even though he recently recovered from Covid, and in many others. If you are not vaccinated, the door is closed. On principle. So that no one can even think of avoiding the vaccine. A similar situation, albeit medically more serious, is that of Karīna Miezāja, who now suffers from the side effects of vaccines. Although the damage to her health has been considered significant, the medical panel has decided that she is not exempt from the third vaccination [to extend her human rights certificate beyond February 15]. There are many such cases and others like them that have not been made public.

In all these cases, the question - but why should everyone have to have this third or fourth shot - has been relegated to the background. You have to and that's it. It is not open for discussion. Just as in a theological debate, one can debate the interpretation of a sentence from the Bible, but not the existence of God or other fundamental postulates of the religion in question.

When you listen to Kariņš, Pavļuts or the experts under them, the only thing that is debated is how many square meters of space a shop must have per shopper in order to operate in green or red mode. There is no debate on whether this division into red and green zones makes any sense or has any medical usefulness at all. It is accepted as a dogma. Paradoxically, the rapid increase in the number of people infected with Covid plays against this dogmatic set-up, as it becomes obvious that neither vaccines, nor the sorting of people and shops, are of any help against the spread of infection.

Things and phenomena often take on a life of their own, regardless of their original purpose. So from time to time, we need to remember for what purpose this or that decision was made. The main argument in favor of compulsory vaccination was precisely that by increasing the proportion of vaccinated people in society, the transmission of the virus would be reduced. Recent data show that both the coverage of vaccination and the severity or mildness of restrictions have hardly any impact on the spread of infection.

The wave-like nature of the spread of the disease has a much greater impact. The wave rises and falls on its own, as with other respiratory viral infections. Therefore, the strict lockdown from October 15 to November 15, introduced in Latvia but not in neighboring countries, made hardly any difference to the Covid-indicator curves. But if government decisions have little impact on the spread of infection, perhaps it is time to move away from singling out Covid among other diseases? Perhaps we should stop building political agendas on the subject of Covid and stop profiteering on people's fears? Like Denmark, Sweden are doing and Estonia is now planning.

Latvia has apparently decided to take a different path. Although it is already clear that the division of places into green and red zones has little impact on the spread of Covid, the government is not going to abandon it, even at a theoretical level. On Wednesday, Evika Siliņa, Parliamentary Secretary to the Prime Minister, admitted on Latvian Radio's "Krustpunktā" program that restrictions could be eased as the incidence of the Omicron variant drops, but added that this would not automatically mean abandoning QR code checks at shop doors to confirm vaccination.

The fact that this system of showing passports and certificates undermines people's understanding of freedom, democracy and human rights is not recognized. Unfortunately, problems have already arisen in this respect, because a large number of people who are quite reasonable consider this to be normal and do not see any threat to freedoms and human rights. Analogies are drawn with driving licenses, airport security checks and other similarities, claiming that showing passports when entering a shop is normal. So is being prevented from working. Even for a street sweeper. Some particularly hard-working activists consider it a sacred duty to ridicule and shame anyone who doesn't wear a mask properly (it doesn't matter that it's already been worn for two weeks, the main thing is that the nose hasn't slipped out) or who doesn't run to get the booster in a hurry, thus proving their belonging to an imaginary social group in the best traditions of totalitarianism.

And here we come to the sad consequence of hysterical attitudes: the normalization of undemocratic decisions that restrict human rights. A while ago, Pavļuts was still talking about forced vaccination, saying that we do not want to turn Latvia into a totalitarian state, but now forced vaccination is a matter of course. Totalitarianism is no longer mentioned. And then we wonder how in the 1930s the world (not only Germany) succumbed so easily to the lure of totalitarianism. It turns out to be extremely easy.

What would be the preferred option that would allow us to forget this pandemic from a social point of view (the medical-epidemiological one should be discussed separately) as an evil nightmare and to resume life as if it had never happened at all? The experience of two years of the pandemic has crystallized quite clearly the truth that the most sensible model from the outset was the Swedish one, proposed by Anders Tegnell, who has experienced several real epidemics in Africa. Based on his vast experience, he immediately pointed out that trying to stop the spread of infection with various bans on buying socks, lockdowns and seat-forbidding stickers on public transport was a pointless exercise and that this kind of two-year-long harassment of people would do more harm than good.

At the moment, the only argument for the existence of green and red modes is to maintain privileges for the obedient and punish the disobedient. How much this psychological gratification of a part of society costs the economy, how it affects Latvia's social climate in general, is of no interest to the Kariņš/Pavļuts coalition.

It is this political profiteering on the fears and newly acquired identities of a section of the people, without taking into account the long-term consequences of this profiteering, that is the greatest offence of the Kariņš/Pavļuts coalition to Latvian society. I would very much like to hope that in the Saeima elections on October 1 these politicians will be punished for this anti-national behavior.