On March 23 the world received sad news: Madeleine Albright, the first woman to serve as US Secretary of State, had died at the age of 84. Latvian Foreign Minister Edgars Rinkēvičs has expressed his condolences to her family and friends, noting that Albright had a great understanding of Europe and was a staunch supporter of NATO.
25.03.2022. MKMāris Krautmanis 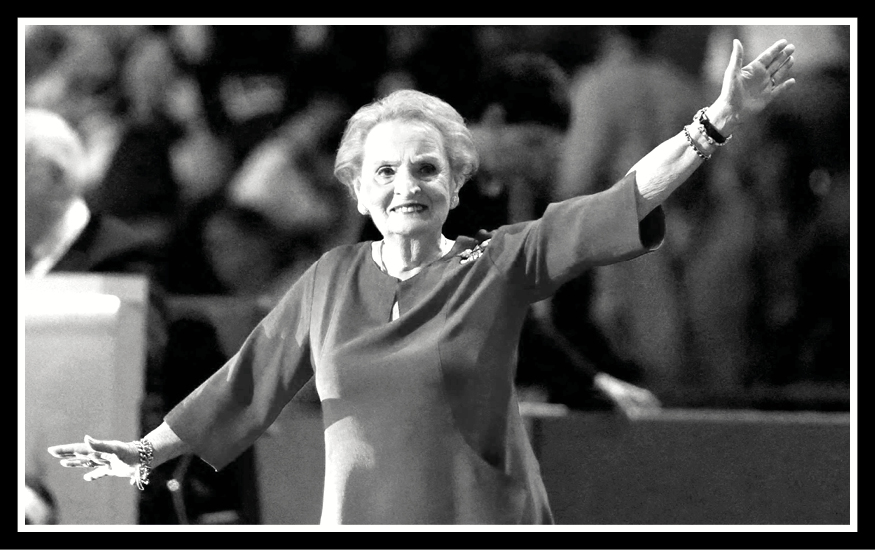 Indeed, steely resolve and a deep understanding of Europe were two of Albright's defining characteristics. She had a good understanding of Europe because she was born before the war in Prague into the family of Josef Korbel, a Czechoslovak diplomat. Her birth name was Marie Jana Korbelová. When her father was working in Belgrade, Yugoslavia, he sent his daughter to study in Switzerland, where she learned French and changed her name to Madeleine. When the Communist regime came to power in Czechoslovakia, the Korbel family emigrated to the USA. Madeleine was 11 years old at the time.

In 1957, Albright became a US citizen. She studied at Wellesley College, Johns Hopkins University and Columbia University.

From 1976 she was active as a consultant to various Democratic Party politicians and public organizations, specializing in Central and Eastern European politics. From 1993 to 1997, she served as US Ambassador to the United Nations. At that time, she sought UN intervention to end the genocide in Rwanda, calling on then UN Secretary-General Boutros Boutros-Ghali to be more decisive.

While Madeleine Albright was US Secretary of State, NATO attacked Serbia in defense of Kosovo's independence supporters. She was therefore seen by many Serbs as the main person responsible for the bombing of Belgrade in 1999. When Albright's book "Prague Winter" was presented in Prague after she had already left public office (2012), Serbian activists asked Albright to sign an anti-American poster. Albright asked the activists not to disturb the event, the police were called, but at one point she quietly said to herself: "Disgusting Serbs!" This phrase was recorded, and since then Albright has been considered the most hated person in Serbia.

In Latvia, however, Albright has made history for being the first world politician to declare unequivocally (in 1997, in a meeting with then Latvian Foreign Minister Valdis Birkavs) that the door to the North Atlantic Alliance was open to the Baltic States.

At that time, Albright stressed that the common goal was to develop a security system in which no one would be threatened and "in which Russia and Ukraine would be given a way to agree with an enlarged NATO". Unfortunately, as we now see, Russian politicians chose to see NATO as Russia's greatest enemy.

In 2004, Albright visited Latvia and met President Vaira Vīķe-Freiberga. The visit was not just official, as Albright presented us with her famous collection of brooches.

On February 23, one month before her death, she published an article in The New York Times that can now be considered a political testament.

"Instead of paving Russia's path to greatness, invading Ukraine would ensure Mr Putin's infamy by leaving his country diplomatically isolated, economically crippled and strategically vulnerable in the face of a stronger, more united Western alliance," wrote Madeleine Albright. "Such an act of aggression would almost certainly drive NATO to significantly reinforce its eastern flank and to consider permanently stationing forces in the Baltic States, Poland and Romania. And it would generate fierce Ukrainian armed resistance, with strong support from the West."