LNG terminal: Who are the real adversaries of Latvia's interests?

The energy independence from Russia that everyone was talking about has been a specter in Europe for a long time. Since February 24, when Russia invaded Ukraine, it has become a dire necessity.
19.04.2022. MKMāris Krautmanis 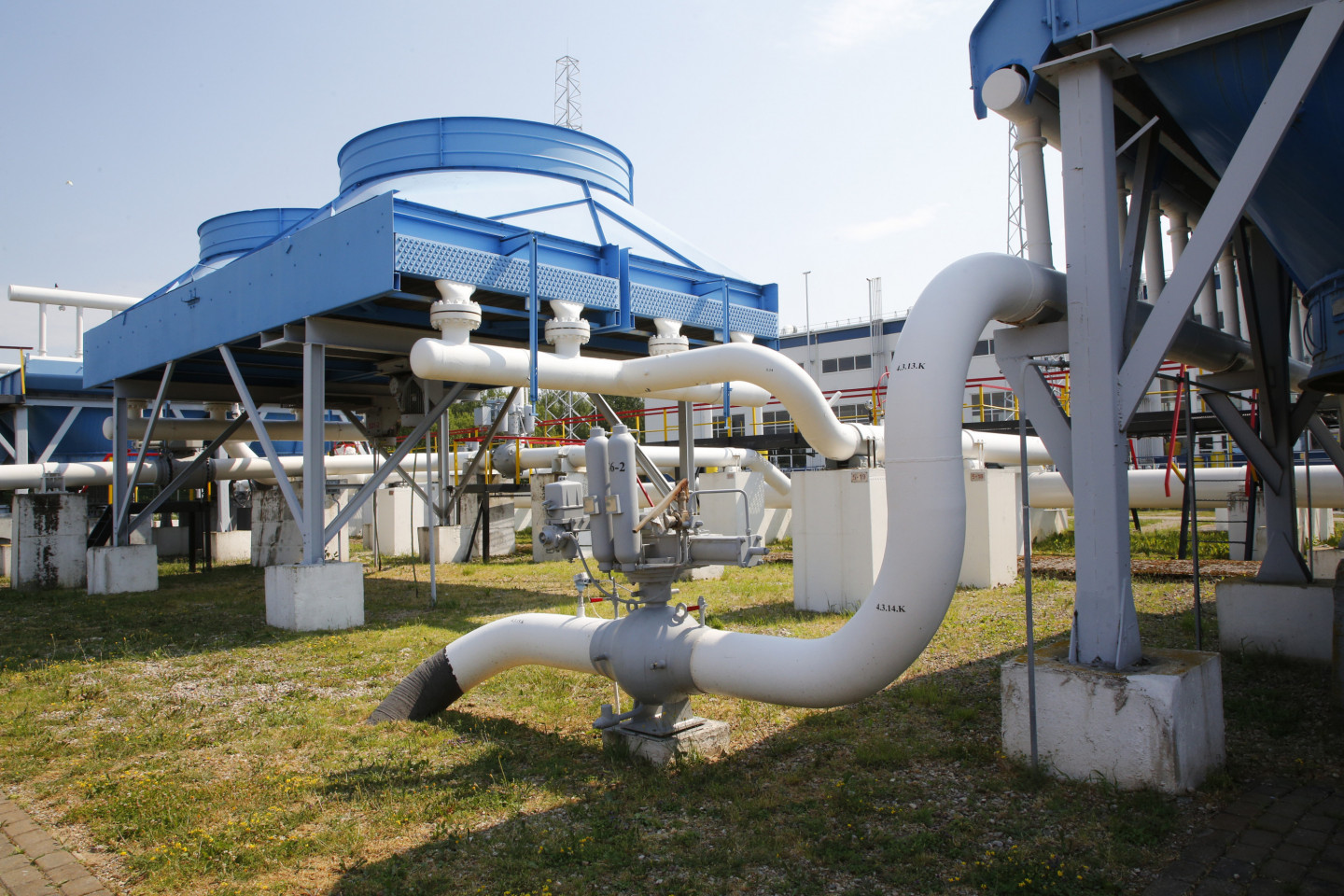 The three Baltic States have a single market, but that doesn't mean there is no competition ©Kaspars KRAFTS, F64 Photo Agency

Where to get, where to find, where to collect oil, gas, fertilizers, metals and other resources which, until the war, were supplied to Latvia by Russia and Belarus?

Gas will soon run out. What now?

There are all kinds of ways to produce energy and save money - wind farms, solar cells, heat pumps, wood chips, peat, rapeseed fields, even a little oil in Kurzeme and untouched reserves on the continental shelf.

There is also a nice little nuclear power plant project in Estonia, in which Latvia may also take part, but it is unlikely to be realized before 2028.

And then there is the brilliant, conceptual idea of building an LNG terminal. On April 11, the parties forming the government agreed that Latvia could switch off from Russian gas at the start of next year. To secure natural gas supplies, the Ministry of Economy has been instructed to negotiate with Estonia on the use of the future Paldiski LNG terminal, while Latvia will set up its own terminal in the coming years. Earlier, Prime Minister Krišjānis Kariņš (New Unity, Jaunā Vienotība) mentioned two potential sites for the development of a terminal in Latvia - Skulte and the port of Riga. But the Prime Minister was a bit mistaken - Riga is probably out of question. This is about Skulte, and the project is the same one that has been slowly pushed through the corridors of power by Latgalian businessman Peter Ragauss since 2016. There is a photo published on pietiek.com, where Ragauss is sitting with a glass of beer and chatting enthusiastically with the Minister of Justice Jānis Bordāns and MP Gatis Eglītis (now the Minister of Welfare). The New Conservative Party (now Conservatives (Jaunā konservatīvā partija, Konservatīvie)) has been the most active lobbyist for the Skulte project, but somehow it happened that the other coalition parties were not overly enthusiastic to support it. It is not really known why. Maybe they wanted bribes but didn't get them? Maybe it was because the people of Skulte got upset, protesting against voluntary plans to disrupt the life of a quiet resort town with a project whose impact on the landscape, the environment and security had not really been assessed and understood. Anyway, the project stalled badly. For the heroic chairman of the Saeima's Economic Affairs Committee, Krišjānis Feldmans (Conservatives), the ominous energy situation now allows him to confidently utter the rhetorical question "Who prevented the construction of the LNG terminal?" and to answer himself: "With their gasification programs, the Union of Greens and Farmers (Zaļo un Zemnieku Savienība) and Lembergs have long harmed the interests of the country. Latvia has essentially been made an addict of the Russian gas." Feldmans believes that Latvia should urgently build its own terminal before the Estonians have time to build their LNG terminals.

The old ones know what they've done

The chairman of the Economic Affairs Committee is still young and may not really know the history of liquefied natural gas in Latvia. But other, older members of his party and, likewise, members of the pretentious "elite" of other ruling parties really should know what the story was about. Many of them were in power then and are in power now, changing party names and parties like socks.

Back in 2009, when Feldmans was still studying banking, the Ventspils municipality was already working on the idea of an LNG terminal. Because in 2008, Russia had attacked Georgia, which suggested that trading with Russia was becoming risky and might end at some point. In 2010, the Freeport of Ventspils Board decided to raise the issue of establishing an LNG terminal in the Freeport of Ventspils with the government. In 2011, the Freeport of Ventspils Manager, Imants Sarmulis, wrote a letter to the President of the Republic of Latvia Valdis Zatlers, the Prime Minister Valdis Dombrovskis, and the Minister of Economy Artis Kampars asking for objective and measurable criteria for assessing the location of various LNG (liquefied natural gas) terminal projects.

At the end of 2010, the international audit firm Ernst&Young Baltic was commissioned to carry out a study, which showed that Ventspils was the best of the three locations (Ventspils, Riga, Skulte). At that time, the oil pipeline was already out of work and could have been used to transport natural gas to the Inčukalns underground gas storage facility or to Lithuania. In 2011, Ventspils Mayor Aivars Lembergs made a presentation on the project to the Cabinet of Ministers. Subsequently, the Ministry of Economy prepared a report on the LNG terminal project, which was forwarded to the Cabinet of Ministers. The Ministry of Economy also set up a working group including the Freeport of Ventspils and Freeport of Riga, but this group of experts never got together to discuss anything. The last letter in the correspondence is from 2011, signed by Juris Pūce (then State Secretary of the Ministry of Economics), and states that the Ministry is continuing consultations on the LNG terminal. Then the issue disappeared. Neither Valdis Dombrovskis' government nor all governments after him have done anything to make Latvia energy independent from Russia. In 2014, Ventspils Mayor Aivars Lembergs said at a press conference: "The way the government has handled the LNG terminal issue over the last five years is a very clear example of how a project of national importance should not be managed. The management of this project and the development of the idea has been totally unprofessional, short-sighted and I would say there has basically been no management at all."

Now we can only bite our nails

If the ruling circles had made any decision at the time when they were figuring out where to build the terminal, the LNG terminal would have been ready long ago and there would be no need to bite our nails on how to go on living now. If they really didn't want Ventspils to have it, they could have chosen Riga. If not Riga, then Skulte. Or maybe Liepāja? Anything could have been decided, but nothing was decided in the end.

Even if Kariņš's government decided today, not conceptually but firmly, that the terminal would be built immediately, it would still be ready only in a couple of years. Well, maybe a year at best, but that does not sound very likely.

It is unlikely to be a normal terminal that the port authority builds as an infrastructure facility to attract investors. The government will probably impose some kind of contractual conditions, perhaps making it compulsory for large Latvian companies to buy gas only in Skulte and not elsewhere. Overseas businesses will want guarantees that their business will not suffer, and that is natural - they do things like that, and they can want whatever they wish. But Latvia may be caught in a new OIK scheme and there might be problems for many more governments after Kariņš.

Liquefied natural gas is a very delicate thing. There might be a shortage one moment, but then it can suddenly become too much. Although all the Baltic countries share a common enemy, this does not mean that the future of the economy is not being thought about and that there is no competition. If Putin does not bomb us with nuclear weapons, life will go on, and it does not promise to be easy. All prices will inevitably go up, and for gas in winter it will probably be twice as high.

The movements of Kariņš's government have been noticed in the neighborhood, and Lithuanian Prime Minister Ingrida Šimonytė has managed to say some contradictory messages in a short time. First, she said that the Klaipėda LNG capacity was not enough to meet the demand of all three Baltic States. Then, on April 14, she told the radio station Žiniu radijas: "The Klaipėda LNG terminal and the Inčukalns underground gas storage facility are sufficient for the gas needs of all three Baltic States, but such a scenario has its risks."

This is confusing. What are these risks? What are the scenarios? Šimonytė has been assisted by Lithuanian Energy Minister Dainius Kreivys, who explained what the Prime Minister had in mind. She meant that the Klaipėda terminal is not enough for the Baltic States and Finland, which form a single market. But Finland could use fuel oil instead of gas.

The Lithuanians are making strange comments, but it is clear that they really do not want a terminal in Latvia.

The Estonians hardly want a terminal in Latvia, except that they do not say much, but are quietly and carefully working - perhaps on one, perhaps even two, liquid gas terminals. And a nuclear power plant too.

It might be that the situation is such that our neighbors are again a few laps ahead in the race for energy resources and Latvia is far behind. Now it is not the developers and the true beneficiaries of the Skulte terminal who can ask the state for something, but the other way round - they can blackmail the government into signing up to a contract that gives them some exclusive rights. And then, in the name of independence from Russia, the money of the Latvian people and Latvian entrepreneurs will be sacrificed, because they will have to pay disproportionately high prices for gas. Because, you see, the other option is even sadder - to forever hope only on Klaipėda!

If the terminal had been built

All these hassles would long have been solved if the terminal had already been built. If the ruling circles did not live in a thicket of political mythology with all the "corrupt people", "oligarchs" and other monsters, but thought rationally. And not only thought, but also decided on something. And if they had decided, then also done what they intended.

But instead of doing something, one can lie that Lembergs is the one who has harmed the interests of the country.