After all, Europe is threatened by the "Nazis", not by their own cowardice 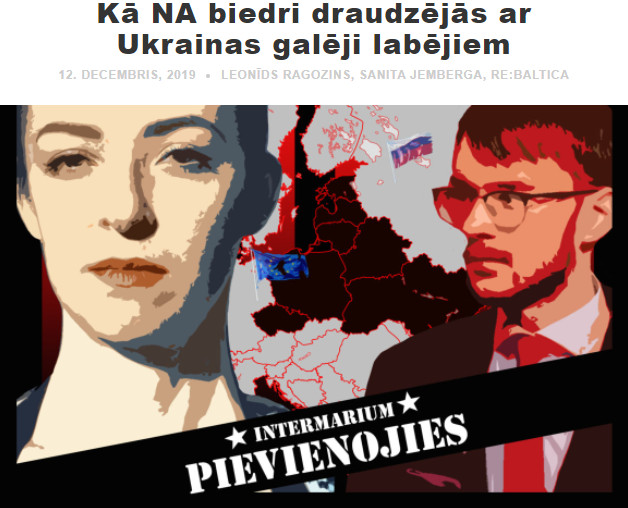 In war, motivation and psychological factors play a huge role. What the Ukrainians are prepared to give their lives for is clear, but what should the Russians give their lives for? In order to better understand the big picture, we need to step into different shoes and look at what is happening from different angles. The view can be very surprising.

For example, from the Russian point of view, the blame for the destruction of Ukrainian cities and civilian casualties appears to lie with the Ukrainian armed forces and the Ukrainian political leadership, which is stubbornly refusing to give in. If the army had surrendered quickly and Zelensky & Co had fled to their "masters" in Washington, then there would be no bombed-out cities and civilians buried under the rubble of ruined theatres. In that case, Yanukovych, Medvedchuk or some other of their ilk would be sitting in Kyiv, on Bankova Street, and everyone would be happy. Including Scholz, Macron and maybe even Biden.

I added Biden because, according to the Kremlin propaganda narrative, Ukraine's political leadership does not exist in reality. It is a prop, obediently following instructions from Washington. It is "the Americans" (in quotation marks, because this does not mean the Biden administration or anything concrete, but a mystical abstraction) who are making Ukraine resist "to the last Ukrainian". The fact that, in the absence of the Russian invasion, there would have been no need to resist and fight back is naturally forgotten in this story.

The Kremlin propagandists, on the other hand, repeat the phrase "resist to the last Ukrainian" with particular relish, implying that the more Ukrainians killed the better, and that Russia would not mind leveling the entire territory of Ukraine to the ground, leaving no inhabitants at all. The calls for celebratory fireworks to mark the "liberation" of Mariupol clearly show what Russian television understands by the word "liberation".

It is a little more difficult to put oneself in the shoes of the average Western citizen, because if everything is more or less clear to the hypothetical "Russian" - the Nazi-Banderites are fighting on behalf of "the Americans" to prevent Russia from being reborn in all its might, and therefore these Nazis must be destroyed to the last Banderite - then the picture is hazier for the hypothetical citizen of Düsseldorf or Nantes.

For the whole of his life, now in the third generation, this average Western citizen has been brought up in the unshakable conviction that nothing is worth giving his only, unique life for. The only true meaning of this life is to have a nice, interesting and enjoyable life. Whether life can be meaningfully filled in this way is another question, and one on which many articles could be written, but not this time. According to this philosophy, the natural reaction to war (threat to life) is "I would run away too" and "Would you, Christine, be ready to fight?". That is to say, only backwards people - all kinds of Taliban, Daesh fighters and similar fanatics - will fight. "Normal" people do not fight. "Normal" people flee.

The fact that Ukrainians are not even thinking of fleeing, and the fact that the refugees are mostly women, old men and children, rather than the usual men of fighting age (as in the past), has changed the classic refugee story. This change has not yet been grasped by the Kremlin leadership, which has no less faith in the Ukrainian refugees than Hitler had in General Wenck's mysterious army in the spring of 1945. The Kremlin propagandists do not stop chanting that Ukrainian refugees will flood Europe and that Europeans, unhappy with this flow of refugees, will force their governments to change their political course in favor of Russia.

These Kremlin hopes are completely unfounded, because the treatment of genuine war refugees is radically different from that of fake refugees. At the same time, the initial puzzlement of the Western public cannot be overlooked. Confusion, even distaste. Why don't they flee? Why don't they surrender? At this point, Zelensky's team took an extremely correct position. They explained their resistance in a language that the West could understand and, above all, accept.

National self-determination, national independence and national pride were kept silent. The emphasis was on defending democracy and human rights against the evil dictator Darth Vader, namely Vladimir Putin. In every speech, Zelensky stresses that Ukraine stands on the guard of democracy and freedom, defending the world against undemocratic forces. This formula is not only well understood by the West, but readily accepted by it. We are always ready to uphold the ideals of the great French Revolution - liberty, fraternity, equality.

In order to minimize potential support for Ukraine, Kremlin strategists have been working for years on a plan of their own. It was simple. Russia, as the heir to the USSR, had historically acquired the status of the chief destroyer of Hitlerism in the eyes of the West. This status allowed Russia to position itself as the undisputed fighter against Nazism, not only immune to the scourge itself, but the ultimate arbiter of who is and who is not a Nazi.

In this way, at Russia's behest, the Ukrainians became Europe's biggest "Nazis". To achieve this goal, Russia cooperated very successfully, that is to say, it did not skimp on money hiring various "Nazi" hunters around the world. The fact that money was also not spared for the maintenance of various genuine Nazis in many Western European countries should not confuse anyone, because there these Nazis (like the Left) serve as useful idiots to undermine the system.

This is where we come to the incompleteness of World War II. The war in Europe ended in 1945, and the years that followed saw an evaluation of its cause. Nationalism was declared to be the main cause of the war. Strict adherence to national identity sooner or later gives rise to inter-state problems, which, if they are exacerbated, risk the outbreak of war. Any manifestations of nationalism must therefore be combated in the bud.

The only problem is: what constitutes nationalism? Who are the "Nazis"? As we know, the truth is the satisfactory version. Hence, it was some "others" who were designated as "Nazis", not us. Those who are in the minority. Not the big guys, but the little ones. Those who want to preserve their national identity among the big nations. Those who care what language they speak and in which language they receive information.

In the case of Ukraine, all those who opposed the policy of Russification and tried to undermine the dominance of the Russian language and the Russian way of thinking (world view) became "Nazis". All those who did not recognize Russia's claims to Ukrainian territory, who did not recognize Ukraine as a failed, artificial creation, automatically became "Nazis".

Those who were keen to preserve this national identity and who did not try to hide it behind the veil of political correctness were particularly singled out. Since one could, if one really wanted to, see some Nazi traits among them, the whipping boys against whom to direct the "benign" fury had been found. What threatens peace and stability in Europe? Well, not the anti-fascist and anti-Nazi Vladimir Putin and his regime. It is the Ukrainian Azov battalion and all those who have sat in the same room as these "Nazis" at a conference, they threaten peace. You can write about this for months and receive grant money.

But there is a lot of money, and one does not really know where it comes from. From some anti-fascist funds, from EU "excellence" (a word that almost automatically implies greed and political-ideological commitment) and integration projects, or directly (though most often in a roundabout way) from Moscow. In any case, the money flows to where the various useful idiots feed, whatever their colors.

According to this ideological orientation, the "big story" with which Russia justifies its invasion of Ukraine and which it is trying to sell to the West is the story that Nazism was not completely defeated in 1945. It has been reborn, reared its head and is now raging in Ukraine. That is why the viper of Nazism must now be put down for good. Unfortunately, it is not only the brains of Solovyov and Skabeyeva's listeners that have been poisoned by this story. This story is deeply embedded in the heads of the political class in Western Europe. The word "Nazism" there acts like a bell for Pavlov's dog, and Putin is very effective at tugging at that bell.

So effective that in Latvia, too, every more vigorous move against Russian chauvinism, so-called russianism, is hushed by the "correct" side. The Latvian political class readily accuses of Nazism (or at least of inciting nationalism) anyone who expresses views it does not like, but it does not have not only the guts but also the will to say a harsher word in the direction of "anti-fascists" and left-wing extremists (who masquerade under various shades of progressive labels). After all, Europe is threatened by the "Nazis" of Azov, not by their own cowardice.