"At last we Latvians have a nation to love with all our hearts, to weep with those weeping, to rejoice with those rejoicing," writes poet Jānis Rokpelnis. I agree, and these feelings are still with me. And will continue to be. The name of Ukraine is now a test of humanity for everyone. It shows how deep (or shallow) our understanding of good and evil is.
23.04.2022. Elita Veidemane 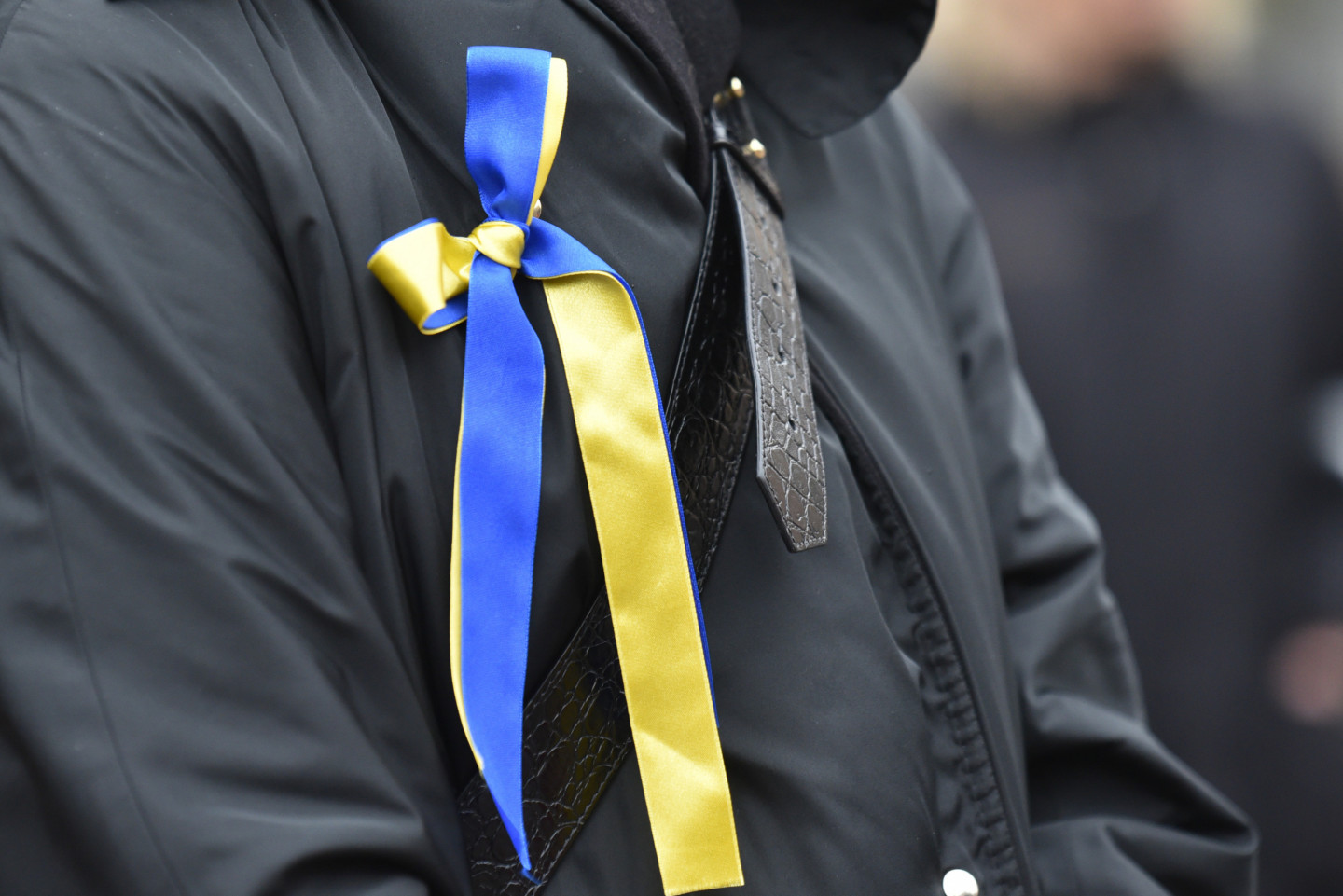 I receive many letters about this understanding of humanity. And many of them are simply shocking. A woman wrote to me from a small town in Latvia. I will not mention her real name - she still has to live there. I will call her Antra.

"Good evening, Elita! Our uncritical tolerance of Russian speakers can cost us dearly, and it is high time for radical change. Your opinion that the party called Latvian Russian Union (Latvijas krievu savienība) should be dissolved would be a very good start, and it is high time we did so.

I would like to tell you about the worries that many Latvians have, but we cannot express them in a way that will be heard and understood.

I live in a small municipality. It is quite Latvian, there are also Belarusians, Ukrainians, Russians. Most of them speak Latvian in public, most of them were born and grew up in Latvia. I have not seen any hatred of Latvians or support for Putin before. But the war in Ukraine tore off all masks. The madness that comes out of these people: the war in Ukraine is the fault of the Ukrainians, NATO and Europe, and everything the Russian army does there is fake news, and the Ukrainians themselves are to blame because they provoked the Russians, and so on.

The craziest thing is that they are here waiting for Putin's Russians, wanting the Soviet Union to be restored, praising Putin and Lukashenko. It is absolutely useless to explain anything to these people. They have no pity for Ukrainians being killed and raped, and for their homes being destroyed.

If this situation in Ukraine happened here, it is clear that the Russians living here would point to us as the enemy. On the Internet, Russians write blasphemies about Latvia and its government. Yes, I do not always support the government's decisions, but Latvia is my homeland, my country, and I certainly do not want the Russian occupation anymore. Of course, the government lost popularity because of its attempts to combat the Covid pandemic. There is a lot that needs to change in our government, but we certainly must not allow pro-Russian parties to enter the government. All these pro-Russian parties are ticking time bombs, they will continue to divide our people and sow hatred against Latvia.

Our government must finally start working in the interests of the people, because the fact that many Latvians have fallen for Russian propaganda is also the result of our government. We must finally adopt a stronger stance, both on excluding the dissemination of enemy propaganda and on restricting the expression of hostile dissidents.

I very much hope that you and all of us together will succeed in preserving our people and our people's values in our country so that we can live in peace."

Antra expressed her feelings and observations in a very simple and clear way. I would like to add that the municipality where Antra and her family live is not somewhere near the Russian border - the people living in this region cannot be influenced by Russian broadcasts, because the region is located in the middle of Latvia. So the previously slumbering fifth column raised its poisonous heads just when it sensed the "might" of the war criminal Putin.

The saddest and most incomprehensible thing is that the hostile attitude not only towards Latvians but also towards Ukrainian refugees is being shown more and more often. Here is another social media post, which I will quote from memory.

"Corner of Bruņinieku and Tērbatas Street. A woman in a flowery raincoat comes up to me and asks which way to go to get to Bruņinieku Street 10A. She is looking for the help center for Ukrainians. 'Just please forgive me if this offends you in any way,' she says. Why would it offend me? Glory to Ukraine, I say. She starts to cry. 'Thank God you think so,' she says, 'people often get angry and start swearing when I say I'm from Ukraine.' We hug. Now I'm the one who is crying. From shame."

What, exactly, needs to happen for what the Russian occupiers are doing in Ukraine to get through to everyone - everyone! - to reach their understanding, their brain, their heart? The photographs that we see every day showing the horrors of war in Ukraine are not stills from a Hollywood action movie that are forgotten in a moment. Real people are dying there, from bombs and bullets, from hunger and thirst. Innocent animals are being slaughtered. Cultural values are being destroyed.

If these defenders of the thug Putin and his murderers here were to imagine for a moment what it is like to live and die in a war, would they stop attacking Ukrainians?

I think not. Empathy is out of the question. These "defenders" are either sick in the head or criminals. In either case, they must be isolated from society. So far, however, we do not see any pronounced activity on the part of our police and security authorities in preventing the actions of these enemies of the state.

But we - what can we do? Help, give work and shelter, love and donate... Sometimes even that is not enough, and you feel so powerless. Ashamed that you can't protect them. That you are unable to put an end to the sneers of the local poisonheads. And then we are consoled only by the fact that now there is "a nation to love with all our hearts, to weep with those weeping, to rejoice with those rejoicing". It is such a bright feeling that it seems that soon there will be a victory of light over darkness. Very soon.