After the sinking of the Russian missile cruiser Moskva, I wrote that "signs from above" pointed to the inevitability of the defeat of the Russian army. Now these "signs" have taken on a quite practical, financial form.
02.05.2022. BLBens Latkovskis 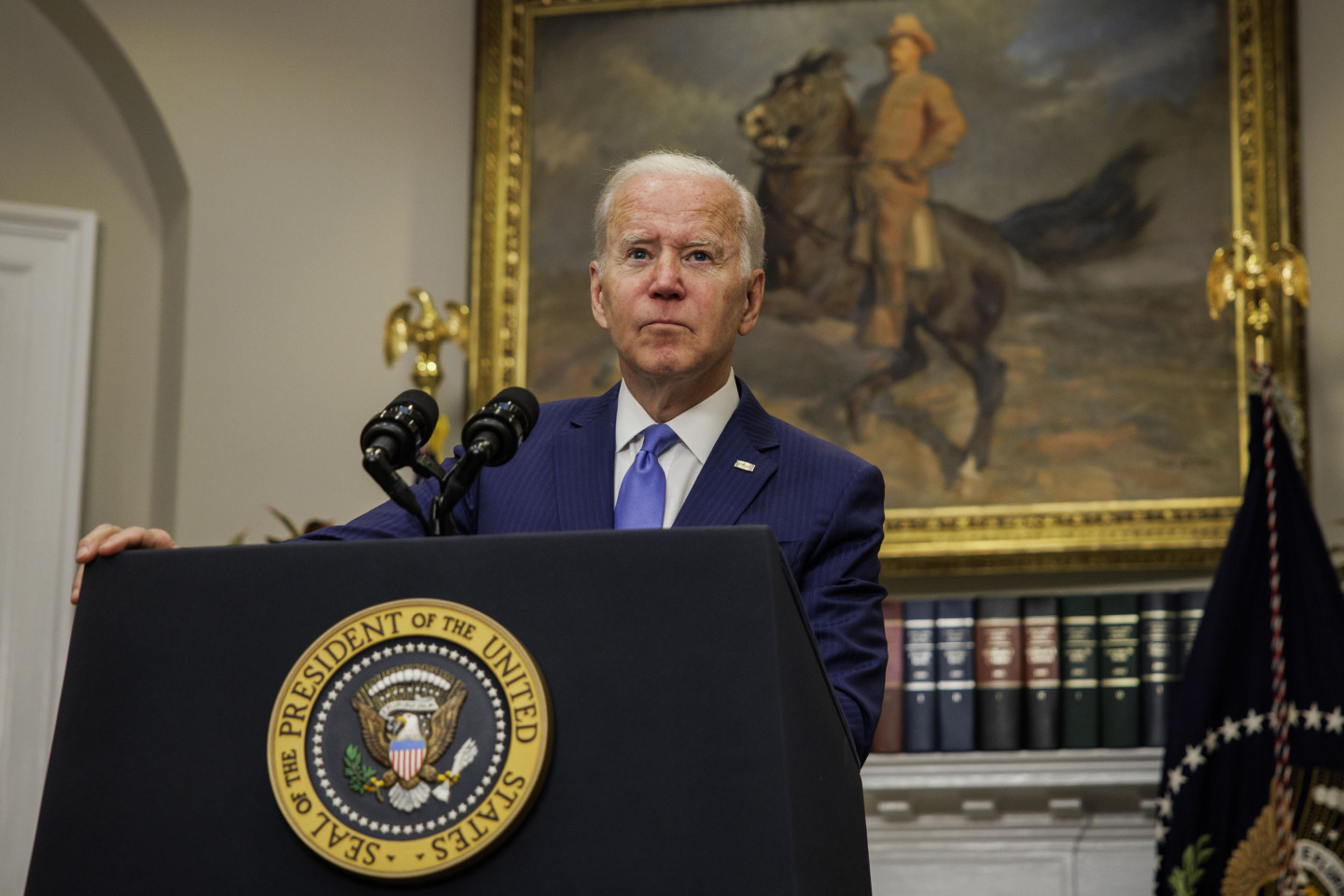 On Thursday, US President Joe Biden asked Congress to approve $33 billion in additional aid to Ukraine. This amount is for the next five months, until the end of this financial year on October 1. Of the $33 billion, more than $20 billion is for new arms and military aid; $8.5 billion for economic assistance; and the remainder will be used for humanitarian aid. This new Biden offer is far higher than the $13.6 billion allocated by Congress so far, which is now almost spent.

On the same day, the House of Representatives overwhelmingly passed the Ukraine Democracy Defense Lend-Lease Act of 2022 with 417 votes in favor and only 10 against, a lend-lease act being well-known and dating back to World War II, aimed at reducing bureaucratic obstacles to the delivery of military aid. This law gives the US President additional powers to make decisions on military aid deliveries to Ukraine, without congressional approval, if they are in the US national interest. Ukraine does not have to pay anything for these supplies and probably never will. The Senate already passed this bill on April 7.

These two developments allow the US to significantly increase both the volume and the speed of arms deliveries.

This unprecedented aid to the embattled Ukraine is one thing, but no less important is the tone of Biden's speech. In making this plea to Congress, he repeatedly invoked the atrocities and war crimes of the Russian army, in almost every longer sentence. There was not a trace of any groveling or desire to smooth things over in his speech.

"We either back the Ukrainian people as they defend their country or we stand by as the Russians continue their atrocities and aggression in Ukraine. Every day, Ukrainians pay the price with their lives so we need to contribute arms, funding, ammunition, and the economic support to make their courage and sacrifice have purpose so that they can continue this fight and continue what they are doing," Biden said. "It’s critical this funding gets approved and approved as quickly as possible... And just as Putin chose to launch this brutal invasion, he could make the choice to end this brutal invasion. Russia is the aggressor. No if, ands, or buts about it. Russia is the aggressor. And the world must and will hold Russia accountable."

In his speech, Biden announced a visit to Alabama, where he plans to visit the Lockheed Martin plant, which manufactures Javelin anti-tank missiles. Basically, a clear signal is being sent to Ukraine, to Russia and to the whole world that the US military system is being brought up to full capacity in order to be able to provide the necessary military assistance to Ukraine. If this quite tangible argument is coupled with a fundamental change in the rhetoric of Western leaders, from "we must support Ukraine's resistance" to "we believe in Ukraine's victory", the reasons for the hysterical rattling of the nuclear saber on Russian propaganda TV channels become clear.

Putin himself, addressing the Legislative Assembly of Saint Petersburg, could not contain his anger and frustration (apparently because things were not going according to his plan) and publicly threatened a lightning-fast strike of unprecedented proportions against anyone who "dares to interfere in what was going on". But, as I have written before, these threats by Putin are having less and less effect, despite the fact that the likelihood of them coming true is not diminishing. On the contrary. Experts point to an increase in the risks of nuclear weapons being used. However, the world is gradually beginning to realize that the alternative - submission to butcher Putin - is not better.

The current rhetoric from Biden, Boris Johnson and other Western leaders has already become that there is no going back - either Putin wins or they do. One of the two. Never mind that Margarita Simonyan at Solovyov tells us that "knowing our President and our country, we cannot lose. In that case [if the situation on the war field becomes quite grim] there will be a decision on the use of nuclear weapons." To which Solovyov replies grimly with Putin's famous quote: "We will go to heaven and they will simply croak."

The binary nature of the situation - either Putin wins or he loses - is reinforced by the increasingly clear post-war picture. Russia itself will have to pay for the enormous damage caused in Ukraine. The search is in full swing for a legal basis that would not only allow the seizure of sanctioned Russian funds, but also their transfer to the funds for the reconstruction of Ukraine. There is no doubt that these legal grounds will be found and put into practice without hesitation.

You can bomb Ukraine all you want with Iskanders and ton bombs, but in doing so, you must remember that someone will have to pay for these cruel and insanely expensive games in the end. History shows that it is usually the losers who pay. Judging by the above, it is likely to be Russia. It will therefore have to pay for its own foolish actions. Maybe not Putin himself, but those who will live in Russia afterwards. Russia will therefore have to pay dearly for its Putin-instigated revelry (saturnalia). But deservedly so.