On May 5, the Ventspils City Council decided to submit an application to the Constitutional Court in order to have the port reform repealed.
09.05.2022. MKMāris Krautmanis 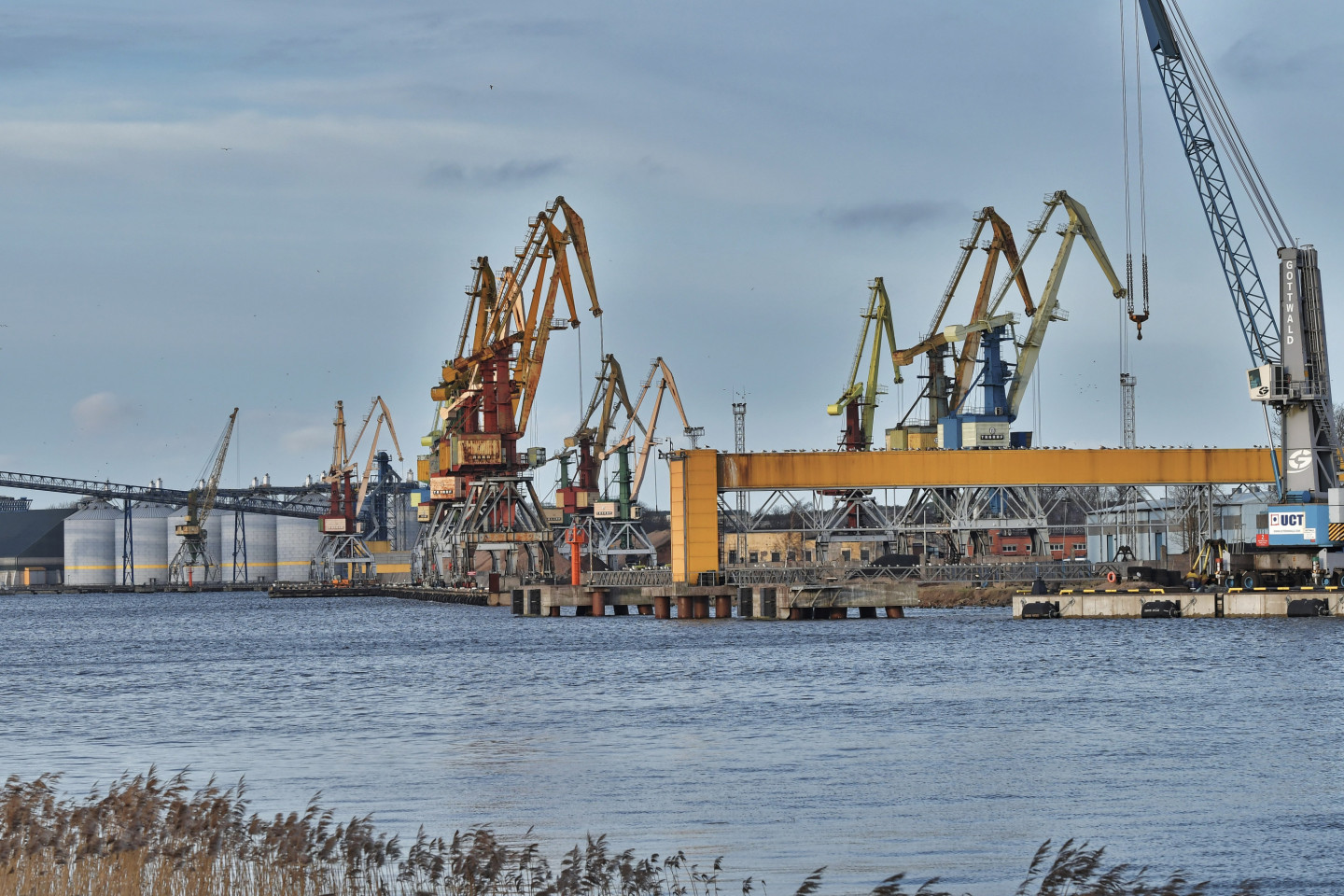 Previously, government and local representatives kept a watch over each other, and decisions were made by compromise. Now there is only one political wing in the freeports - the buddy companies, which can decide anything without it ever being made public ©Aivars Ķesteris/F64

The municipality of Ventspils has already expressed its objections to the content of these amendments on several occasions, calling on the responsible officials not to support their further progress. Letters have been written both during the drafting of the amendments and after their adoption, asking the President of the Republic not to promulgate the Law on Ports and to refer it for a second reading. However, Egils Levits has promulgated the law and it is now in force.

The municipality of Ventspils has tried to draw the attention of the decision-makers to the inconsistency of the amendments with the laws and legal principles in force in Latvia, but this has been to no avail. The regulation contained in the amendments substantially violates the rights and interests of the municipality.

According to the new amendments, the Freeport of Ventspils (and also Riga) Authority is transformed into a capital company, where the local government no longer has a say and the whole administration is in the hands of the state (Ministry of Transport). The amendments do not allow the municipality to withdraw its property from the possession of the capital company or to decide on its use on its own without the consent of the capital company.

The amendments do not provide for any remuneration for the municipality or its inhabitants for the free use of its property by the capital company.

Previously, the Port Authority's right to use its financial resources outside the port area was limited. However, the Port Authority (a capital company) now has the right to use the funds derived from the use of the municipality's property freely and anywhere it chooses, including outside the port area and the territory of the municipality of Ventspils.

The amendments have been adopted in violation of the procedures laid down in the laws and regulations. The establishment of the capital company and the increase of its share capital have not been subject to the assessment required by Article 88(2) of the State Administration Structure Law. The opinion of the Competition Council, the opinion of the Coordination Centre for the Transfer of Resources and the opinion of the organizations representing traders have also not been obtained. The Cabinet of Ministers' Regulations provided for in Article 88(3) of the State Administration Structure Law, "which prescribe the properties which are strategically important for the development or security of the State or a market failure, or the goods and services which are created as the result of the activity of a capital company and that are strategically important for the development or security of the State", have not been issued. The European Commission's approval of the municipality's support, both now by investing in the share capital of the company and in the future by allowing the company to use and benefit from state and municipal property in the harbor area, has not been obtained. The adoption of the amendments results in a significant, unlawful, and disproportionate interference with the financial autonomy of the municipality of Ventspils and its ability to generate revenue from its property, as well as its right to manage its property in the interests of its citizens. As a result, the rights and ability of the Ventspils City Municipality to perform its autonomous functions to the extent and in the quality that it has been able to do so are disproportionately undermined. Such a situation violates the principle of local self-government derived from Article 1 and Article 101 of the Constitution of the Republic of Latvia and the principles enshrined in Articles 3, 4 and 9 of the European Charter of Local Self-Government. The loss to the municipality of Ventspils and its inhabitants is not proportionate to the potential gain to the state, and such gain has not been assessed at all in the process of adoption of the amendments.

Based on these facts and arguments, Ventspils City Council decided to prepare and submit an application to the Constitutional Court of the Republic of Latvia for declaring Article 4 (3) (1) and (3), Article 4 (5) and (9) of the Law on Ports, Article 16 (2) of the Transitional Provisions and Article 11 (2) of the Law of February 10, 2022, Amendments to the Law on Ports as incompatible with the Constitution of the Republic of Latvia and the European Charter of Local Self-Government.

The so-called port reform has a previous history. A similar application has also been submitted to the Constitutional Court by members of the opposition party ZZS.

For the Ventspils City Council and the ZZS, the port reform is a matter of principle, where there can be no retreat. It is, in a sense, aggression by the forces of the ruling coalition. The municipality of Ventspils no longer controls 42% of its territory, which is now "occupied" by the government (Ministry of Transport).

There is no doubt that in this way, the economic development of Ventspils will be hampered and the population will suffer.

The situation is similar in Riga, where the negative effects of the port reform will be felt even earlier than in Ventspils, but the current coalition of the Riga City Council is made up of almost the same parties that form the government. It is therefore unlikely that the Riga City Council will apply to the Constitutional Court, following the example of Ventspils. A recent Bank of Latvia study found that Riga is lagging behind Tallinn and Vilnius in terms of development, and at the current rate of development, the neighboring capitals will not be able to catch up. If the port reform remains in force over the next decade, it may indeed be the case that Riga will not only fail to catch up with Vilnius and Tallinn, but will fall further and further behind and hopelessly never catch up.

In Ventspils and Riga, the Freeport Authorities had excellent governance arrangements, balancing the interests of the municipality and the state. They had one head of the Freeport Authority Board, and the board members were made up equally of representatives of the municipality and the state (ministries). A similar system once existed in the mega-port of Rotterdam, where changes have since been made: the municipality manages the port and the State contributes with investment. Meanwhile, in Latvia, the opposite is happening - we're walking straight into a swamp. The previous system was destroyed and the freeports are ruled only by government inserts. The strangest thing is that, while defending the port reform, the politicians in power keep chanting that port management will now be more transparent and the risks of corruption will be reduced.

There is absolutely no logic here. Previously, government and local representatives kept a watch over each other, and decisions were made by compromise. Now there is only one political wing in the freeports - the buddy companies, which can decide anything without it ever being made public.

In the past, all developments in freeports were seen as clearly as fish in a fishbowl, but now the fishbowl has a thick blanket thrown over it voluntarily - there is no telling what is or is not moving around inside.

The risk of corruption is a topic too sad to even discuss. There was as much corruption in the administration of the Freeports of Ventspils and Riga as there were Nazis in Ukraine. That is to say, politicians of one wing of the political forces and the media supporting them have propagandized, propagandized and propagandized a horrible picture in Ventspils and Riga for endless hours of television. If there has been any corruption in these cities, it does not concern the governance system of the freeports, which was essentially geared against the possibility of corruption. Now that the previous system has been destroyed, corruption will be present in a flash. The stage is set for it. It cannot be that there will be no corruption. The port reform itself encourages this.

We do not know what the Constitutional Court's verdict will be, but it is clear that if sensible political forces come to power after the next election or the one after that, their first job will be to review the port reform and throw the absurd amendments in the wastebasket.