In response to the agreement reached in civilized societies on the removal of Russian monuments, various threats have been circulated on Russian propaganda channels and further on social networks. In the case of Latvia, criminal cases are promised against MPs who vote for the removal of these monuments and their persecution in the countries of Russia's commonwealth. As for the planned cancellation of the agreement on the protection of these monuments, they are even promising the return of the Russian army to Latvia.
12.05.2022. Imants Vīksne 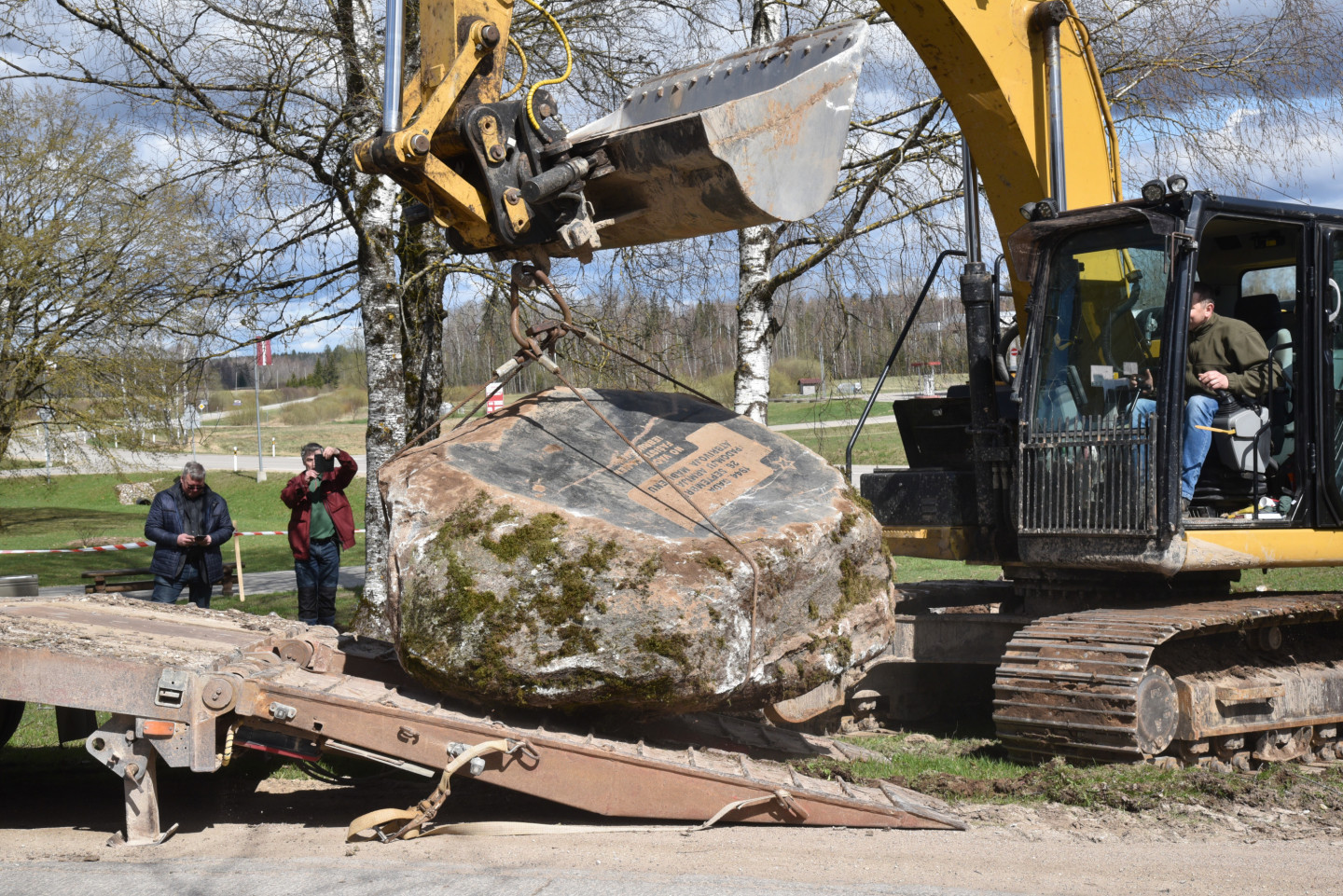 Dmitry Yermolaev, a Russian Federation intelligence officer who was thrown out of Latvia fifteen years ago, continues his work on Latvia remotely. He incites local Russians in Latvia to riot and warns of the return of Russian troops if the agreement currently protecting Russian military pensioners and more than 300 monuments to the Soviet regime and the Red Army in Latvia is broken. The document in question is entitled "AGREEMENT between the Government of the Russian Federation and the Government of the Republic of Latvia on the social protection of military pensioners of the Russian Federation and their family members living in the territory of the Republic of Latvia". The Saeima is being urged to suspend Article 13 of this agreement because it includes the protection of monuments of interest to Russia. Neatkarīgā called for this already a few years ago in its publication "Occupation Monuments that should at least be discussed." Now Latvian politicians have finally moved from discussion to action, which has naturally caused great concern among Russian propaganda workers responsible for the compatriot policy. They have not done their job well. So now the monument-toppling is being threatened with dramatic consequences.

The curses of a failed spy

The same failed spy, Yermolaev, has written a long opus, reprinted in many places in the Russian information space, on the fact that unilateral suspension of a particular article of the 1994 agreement is not legally possible at all. That this requires Russian consent, which is impossible. That the dismantling of Soviet monuments, which is already underway in many Latvian municipalities, is a violation of the agreement. The fact that tiles are falling off a monument in Pārdaugava is also a breach of the agreement. In the end, the Russian army will come and bring order here. If the 1994 agreement, which governs relations between Russia and Latvia with regard to the withdrawal of Russian forces, is violated, this will release Russia from any obligations towards Latvia. In the finale, Yermolaev comes to the conclusion that the issue of the denazification of Latvia is becoming more and more pressing, and in the Kremlin mercenary lexicon, denazification means a military invasion of a foreign country. As in Ukraine at the moment, murdering and killing everyone in turn, according to their nationality. If the spy Yermolaev somehow managed to get into Latvia, he should be immediately imprisoned for supporting genocide. But Yermolaev is not the only one with a professional interest in rocking the situation in Latvia. The Russian information agency Regnum has also been tasked with responding to the war of monuments in Latvia. For this purpose, the Russian Foreign Ministry has brought in Mikhail Demurin, former curator for Latvia at the Russian Ministry of Foreign Affairs, who lost his job after a conflict with the minister. He wrote a publication entitled "War or Prison? Latvia is about to break the agreement on the withdrawal of Russian forces".

The curses of a failed diplomat

Demurin tries to intimidate members of the Latvian Saeima and municipalities. So that they dare not support the demolition of Soviet monuments. Not to touch even the smallest stone, let alone the "Monument to the Soviet Soldiers - Liberators of Soviet Latvia and Riga from the German Fascist Invaders". In that case, they will be in breach of Article 243.4 of the Criminal Law of the Russian Federation, becoming accomplices in the crime. This article provides for a severe penalty of three million rubles to five years' imprisonment for damaging or destroying Soviet monuments, stelae, obelisks and other memorial structures. And Russia applies this not only to its own territory, but to the whole world. Accordingly, anyone who, in Russian eyes, is involved in the vandalism of Russian memorials can be detained in countries with which Russia has extradition treaties and extradited for trial in Russia. Regnum has also published a list of countries to which Latvian MPs who lay their hands on Soviet monuments should now be afraid to travel. They are China, India, Vietnam, Indonesia, Thailand, Algeria, the United Arab Emirates, Brazil, Argentina, Cuba and other countries in Asia, Africa and Latin America.

It should be stressed once again that these curses are harmless, nor are they exclusive to Latvia, but to all civilized countries that are currently dismantling monuments glorifying the Soviet and Russian armies.

Russia imagines that it can impose its rules, laws and concrete monuments on the whole world. But the world joins hands and disagrees.