Version about the results of Eurovision: Citi Zēni were deliberately snubbed

This Saturday, May 14, at 22:00 EEST, Latvian Television (LTV) will broadcast the Eurovision Song Contest final live from Turin - for the fifth time in a row without us. Latvia should be used to not making the Eurovision final - the last time we were there was in 2016 when Justs got us in, but Citi Zēni did their best, and there is even a rumor behind the scenes that we were deliberately snubbed.
14.05.2022. Sandris Vanzovičs 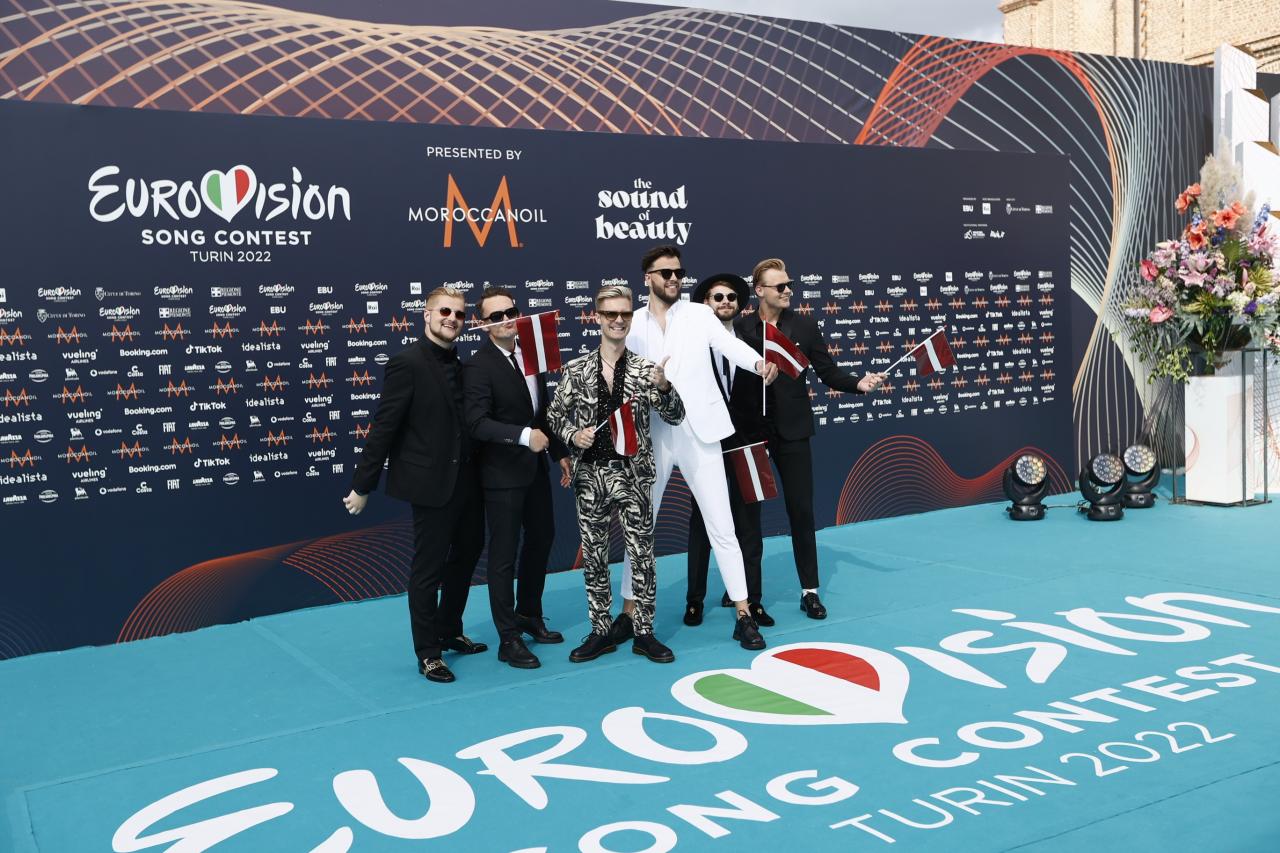 Both on and off the Eurovision stage, Citi Zēni made a pretty loud and memorable introduction, but it was only enough for publicity, not for a place in the final ©Andres Putting/EBU

Ukraine, the main favorite, made it through from the first semi-final, and so did Norway, Greece, the Netherlands, Moldova and Iceland who were also predicted to be solid finalists. Armenia's place in the final was not surprising, but Switzerland, Portugal and Lithuania were not expected to make it. Lithuania's Monika was particularly surprising, as she was predicted to be even further behind us, so the geographical voting principle was not to blame this time, as the braliukas probably also voted for Latvia - but we will see that only on Sunday when the semi-final results are announced.

Disappointment and outrage - these two feelings were dominant on social media after the results were announced. "I'm angry. And I don't understand it at all. Citi Zēni deserved to be in the final," wrote Lauris Reiniks, emphasizing his point with a vivid four-letter word. "We wanted to give you a celebration, hopefully we did, at least for those three minutes [of the performance]," wrote the saddened boys right away, adding a little later: "We need an extra day to pick our teeth up off the floor. Then we are ready to discuss, because we are sure that there were no mistakes on our side. It was all about taste."

Whether it was really just taste, however, is doubtful. Of course, it should be taken into account that Citi Zēni performed with the disadvantageous number two, their exaggerated pomposity was a bit annoying, the TV visualization and the cameraman's work (he was crazy about the drummer Toms Kagainis for some reason...) were a bit bothersome, which turned everything on stage into a hard-to-follow kaleidoscope, not entertaining but exhausting, but still, Citi Zēni were not worse than even Lithuania and especially Portugal. The guys threw a good party, the choreography was effective, the saxophonist Dagnis Roziņš was memorable, the band leader Jānis Pētersons was wonderful, and the audience on social networks was already saying "we did it", but nothing... Did Europe really not understand us again? Rather, we didn't want to understand Europe, or rather, to listen to Europe.

When "Eat Your Salad" appeared at Supernova, the writer's colleagues in the UK expressed surprise that a song with the ambiguous word "pussy" in the first line could circulate so freely here - it was suggested that Latvia might even be disqualified from the contest because of this line. Although this word is considered much milder here than what the Mayor of Riga Mārtiņš Staķis advised Saeima MP Aldis Gobzems to do on social media, let alone invoking the destination of the famous Russian warship, Europe did not think so. Citi Zēni were indeed threatened with disqualification, but the band relented and did not sing this line from the stage. However, the audience did, with the support and direct encouragement of the musicians - Citi Zēni even boasted that they had applied for the Guinness World Record for the loudest crowd chanting the same line at the same time.

"See, you were quickly removed from the track for profanity!" - was the message the writer received from the British Isles after the competition on Wednesday morning. It is assumed there that in many countries the jury deliberately dragged the boys down because of this word alone. "In many places that 'pussy' line is considered very rude, but in Latvia, for some reason, they are very tolerant of profanity in other languages - even English f**k doesn't seem to be a big deal, but in Eurovision, you are not allowed to say anything rude," colleagues pointed out. It is very likely that this version will not be factually confirmed on Sunday, but it must be admitted that it is not without basis. However, in the writer's opinion, Citi Zēni did not deserve to finish higher than 12th in their semi-final, and that is without all the conspiracy theories, so it will be all the more interesting to see the official results.

About the final. Ten countries from each semi-final have qualified for the Eurovision final, but also the traditional "big five" (the rich five) - Germany, France, Spain, the UK and Italy - have secured their places. The aforementioned winners of the first semi-final were joined on Thursday by our neighbors, the Estonians, meaning that from the Baltic states only Latvia will not be invited to the Eurovision gala table. Sweden, Finland, Australia, Poland, the Czech Republic, Romania, Serbia, Belgium and Azerbaijan also proceed from the second semi-final. Looking at the results of the second semi-final, one has to wonder what the Romanians are doing in the final, as well as the fact that the traditionally strong islands of the Mediterranean, Malta and Cyprus, were left behind.

For obvious reasons, Ukraine is the clear favorite - so much so that Toms Grēviņš, commenting on the semi-final, rhetorically asked: "What joy is there in a contest if it's impossible to win it?" Joy for the Ukrainians. For the Kalush Orchestra, it seems that the phrase "Thank you for supporting Ukraine!" at the very end of their performance would probably have been enough to win, they might as well not even have sung... The bookmakers' predictions give second place to the Italians (why?!), with Sweden, the United Kingdom, Spain, Greece, Norway and Poland coming next. The writer would also like to put in a good word for the Belgians (it's been a long time since a song has made him turn to the TV while being in another room when it was playing) and the daughter of Czech hockey legend Dominik Hašek (a poorly executed but sprightly dance), and, as a courtesy, for Finland's The Rasmus, who in 2003 were capable of a superhit "In The Shadows" but this time offered a pretty awful song. We'll see, it'll be interesting.

Once again, the Eurovision final will take place on Saturday, May 14 at 10 pm EEST and - arm yourselves with patience! - it will last until around half past one. For the 11th time, Toms Grēviņš will be commentating on the Eurovision semi-finals and final live on LTV (and - hats off! - at least this year he's doing a great job), while Lauris Reiniks will be making his debut as a commentator for the final.