Emmanuel Macron's mistake, which is bigger than a crime

The world is fond of repeating what Angela Merkel, the former Chancellor of Germany, once said: that Putin, the master of the Kremlin, has lost touch with his surroundings and lives in a parallel reality. All the signs are that this is the case, but it seems that he is not the only one living in a parallel reality. So is French President Emmanuel Macron.
14.05.2022. BLBens Latkovskis 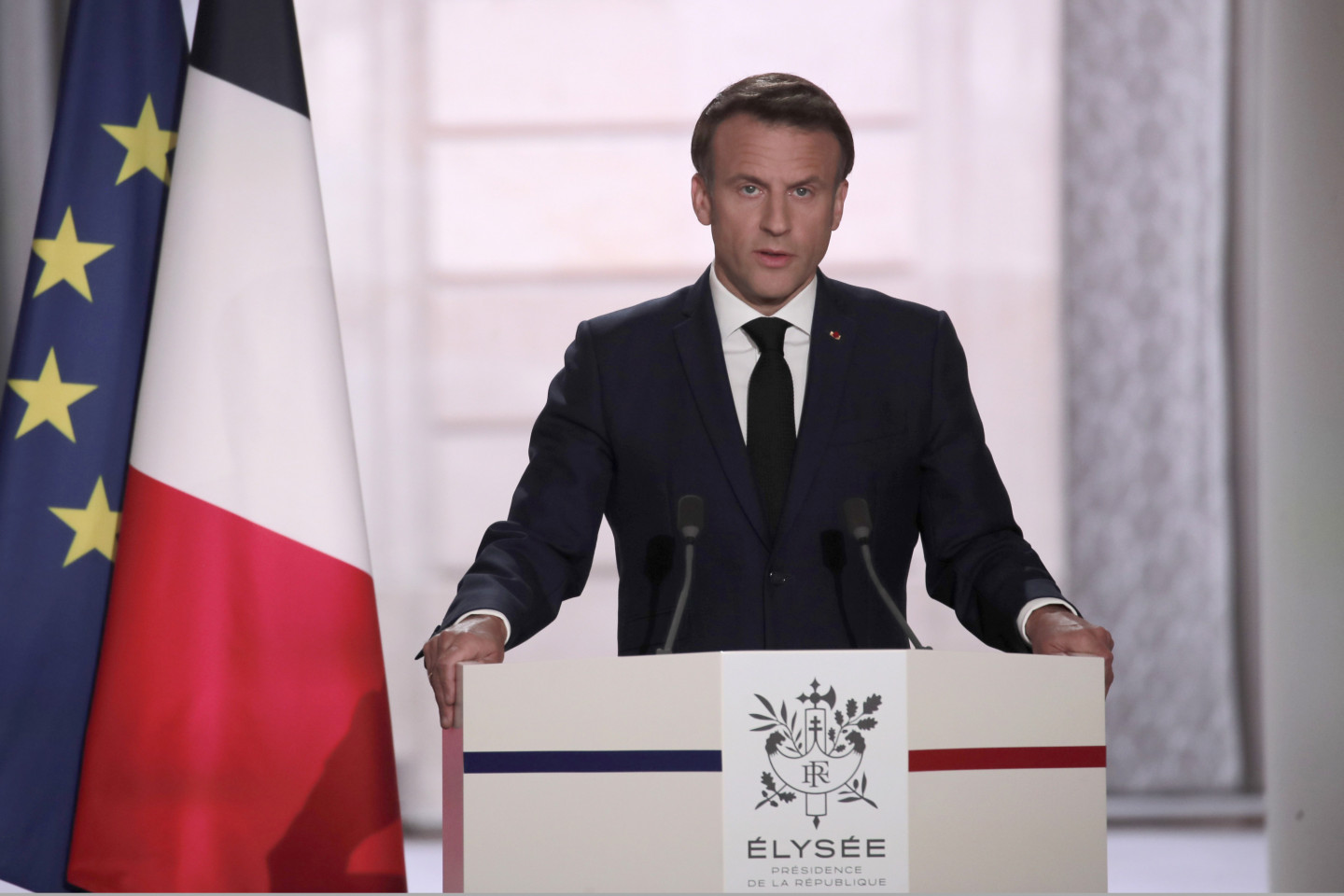 This week, as France's newly confirmed President, Macron held a meeting with journalists at the European Parliament, during which he outlined his vision for post-war Europe. This Macron Europe will "need to build new security balances and we will need, together, to never give in to the temptation of humiliation, nor the spirit of revenge". It was this theme of "non-humiliation" that permeated his entire speech and was its main message. "Europe must learn from the mistakes of the past. We must make sure that neither side is humiliated or isolated, as happened with Germany in 1918."

While the world media took Macron's ambiguous statement that Ukraine's accession to the EU was still many years away, perhaps even decades away, as the main message from this meeting, in my opinion, the most important was Macron's point in which he drew historical parallels to the post-war European order. If only because Ukraine's early admission or non-admission to the EU is an isolated case, but comparing the current situation with that of World War I is a fundamental mistake, and as we know from history, a mistake in politics is more than a crime.

What mistake are we talking about? Macron, when he invokes Germany in 1918, is clearly referring to the Versailles Treaty of 1919, the excessively harsh terms of which contributed to Hitler's rise to power in 1933. Macron calls for lessons to be learned from history and for Russia not to be humiliated, lest a new Hitler comes to power there in the future.

Everything would seem to be in order, were it not for one nuance. Russia is not in danger of a new Hitler coming to power in the future. There is already a Hitler in power. Not in some mythical future, but in the very real present. In the form of Putin. For 22 years now. Why talk about future threats if they have already come true? And they have come true on the West's own watch. One could even say that Putin/Hitler grew because of Macron and his predecessors/allies.

Therefore, to talk about not "humiliating" Putin and Russia is about the same as if Charles de Gaulle had once said that we must not humiliate Hitler and the Germany he led. Let us not hold the Nuremberg trials, but let us build a new, democratic Germany together with Hitler. It is absolute nonsense, but this is what Macron says without blinking an eye, putting Russia in Germany's place.

That is why we must repeat every day to Macron and others living in a parallel reality: the only way to bring about stable peace and sustainable development in Europe is to root out Russia's imperial resentment, following the example of post-war Germany. For Russia to stop threatening the world around it, and for its people to stop sinking into the muck in the name of imaginary "greatness", it is necessary to carry out the same operation as the world did with Germany after World War II.

Sceptics may say that, given Russia's nuclear arsenal, this is impossible. But it is possible because there is no other option. The genie of imperialism cannot be put back in the bottle without severe military loss. Only a military defeat can cure a nation of the imperial delusion that we saw here in Riga on May 9 and 10, and that we see in the Russian information space.

The course of the Ukrainian war so far shows that a military defeat for Russia is possible, as the war may become increasingly unpopular as it drags on. This is also because this war is fundamentally unjust and criminal, but such wars, if they go on for a long time without any encouraging victories, first become tiresome and then annoying. Especially among the political and military elite. The likelihood of an internal coup, with the blame being placed on Putin and reconciliation sought with the West, is therefore greatly increased.

When the new Russian leadership/elite is ready for reconciliation, the demand for the demilitarization and denuclearization of Russia should be mandatory. So the only realistic, not illusory, policy towards Russia is therefore the one most consistently pursued by Boris Johnson's Britain, Poland and Lithuania. No reconciliation with the Putin/Hitler regime. This needs to be stated clearly.

Any talk by Macron and other useful idiots of the Kremlin about peace and a balance of power in Europe while the Putin regime remains legitimate must be rejected out of hand. Only unconditional capitulation. That must be the final objective. Nothing else. Any other outcome of the war would be more than a crime. It would be a mistake.