Security in the Baltic Sea Region is about to increase

Finnish President Sauli Niinistö and Prime Minister Sanna Marin have issued an official statement on the immediate accession to NATO. The Finnish Parliament is expected to approve the request on Sunday and a document will be submitted to NATO. Sweden is also expected to follow suit in the coming days.
16.05.2022. BLBens Latkovskis 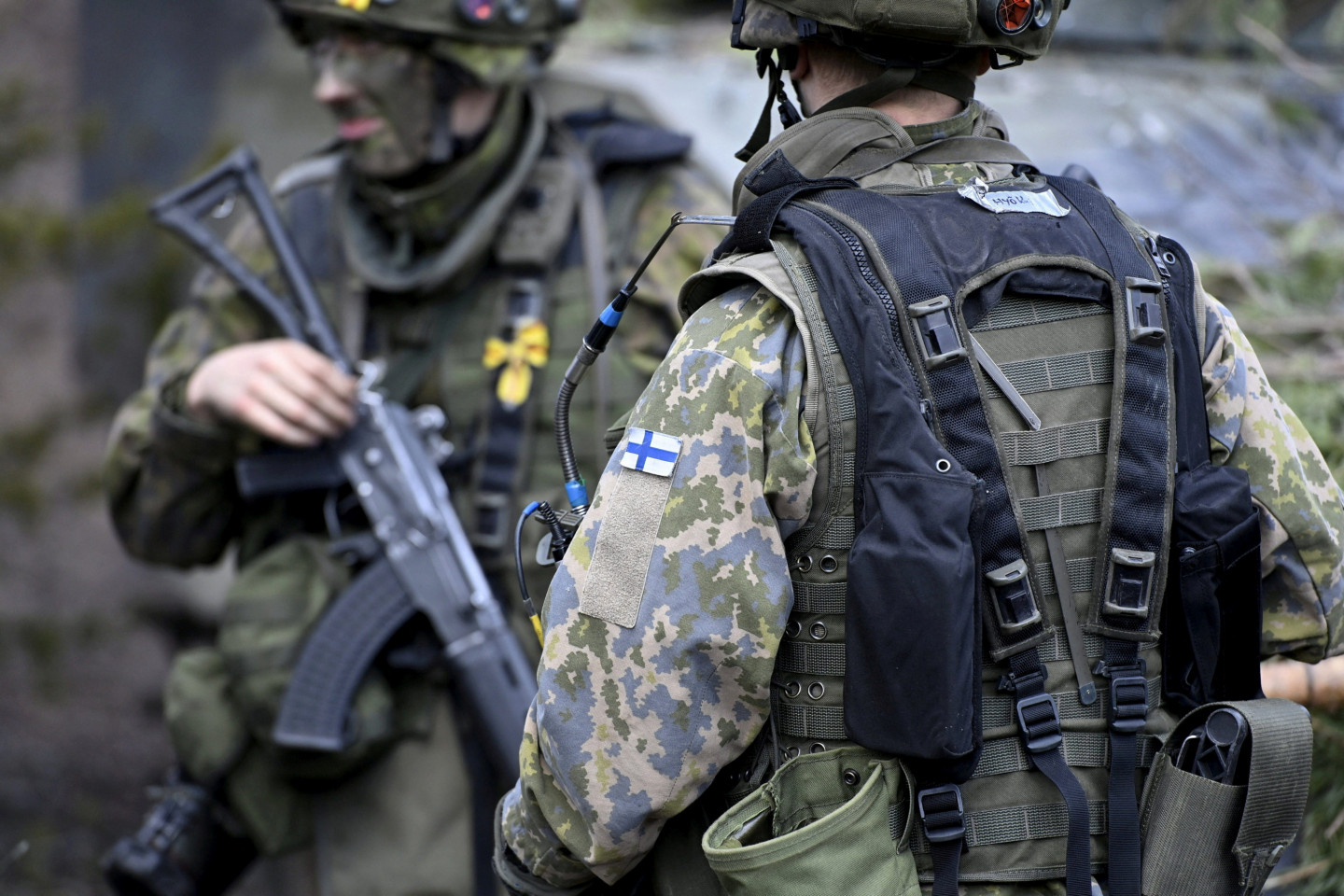 Given the military potential of the two new NATO candidate countries and the current global security situation, the accession procedure itself is likely to be accelerated as much as possible. It is estimated that the admission procedure could take up to a year, but with a particularly favorable bureaucratic process it could take place in early 2023.

Both Finland and Sweden's relations with Russia and NATO have not been easy for many years. Finland not only did not join NATO, but was even prepared to put up with a rather humiliating relationship with Russia. This relationship has acquired the name of "Finlandization", when a country's sovereignty is limited. That is to say, a permissive (even semi-compliant) attitude is adopted towards Russia (the USSR) in exchange for not being touched militarily.

Sweden's relations with Russia (USSR) have not been sunny either. It was not out of evil sadism that Sweden handed over Latvian legionnaires to Stalin after the war. Sweden did it out of fear of the mustachioed tyrant. Russian submarines were caught in Swedish territorial waters countless times, but there was nothing the Swedes could do to the Russian bear. Not joining NATO was also linked to the same fear.

The current Russian invasion of Ukraine has transformed this fear in such a way that, whereas it used to be a fear of joining NATO in order not to "provoke" Russia, it is now a fear of Russia that makes it necessary to join NATO as soon as possible, because the example of Ukraine shows what happens when a country is not in NATO. According to the BBC, in Finland 76% of respondents are in favor of joining NATO and only 12% are against. This is a huge shift in the public consciousness, as the Finns have usually been overwhelmingly in favor of their neutrality.

The mere fact that Finland and Sweden are becoming NATO candidates changes the balance of power in the region and indirectly increases our security too. In what way? Until now, the three Baltic States have been practically surrounded by the Russian military. The only link between the Baltic States and the rest of NATO (Poland) was the so-called Suwalki Corridor, a narrow strip of land between the Kaliningrad Oblast and semi-occupied Belarus. In the event of Russian military aggression, the limited communications could make it very difficult to provide the Baltics with everything they need. To put it mildly.

Now, based on the experience of the Ukrainian war, one could even say that in the event of a similar Russian invasion, Latvia (and the Baltic States as a whole) would have a hard time. The fact that Ukraine had to take the full brunt of the Russian army on itself has largely saved us. And it is still saving us now, because we can remove the monument of occupation quite safely, thanks to the fact that all the main Russian forces are on the Ukrainian front, and no concentration of Russian forces is even possible on Latvia's borders at the moment.

Whatever we say about Article 5 of NATO, it is not a piece of paper that protects anyone. It is real, combat-capable armed forces that are protecting us. And it is these that, with Finland and Sweden joining NATO, are changing the military situation in the region.

Let us imagine a situation where, for whatever reason (say, to "liberate" its countrymen from the "Nazis"), Russia wanted to invade Latvia. Purely hypothetically. If Russia were to concentrate on Latvia's borders with the same scale of forces as it did on Ukraine's borders in February of this year, along a front line almost a thousand kilometers long, then Latvia, even with the NATO battalion on rotation, we would be in for a pretty tough time.

But Latvia is a NATO member. Article 5 of NATO does not in itself protect anyone, but it has another, important meaning. If Finland and Sweden are also NATO members (Norway has been in NATO for a long time), then Russia needs to keep a serious force north of St Petersburg, because the Finnish army is no joke. On the contrary. Both the Finnish and Swedish armies are even a very significant military factor. Therefore, Russia cannot concentrate all its forces against Latvia, because in the event of an attack, Finland, as a NATO member, would automatically be our military ally. The longer the border with NATO, the more dangerous it is to concentrate forces in any one sector.

Since Putin has been the master of the Kremlin, he has been relentlessly talking about why NATO enlargement cannot be allowed. As recently as December 15 last year, Russia was demanding in ultimatum form that NATO retreat to its 1997 borders. These demands were intended from the outset to be street hooligan antics which were supposed to demonstrate the new style in which Moscow would now and in future speak to the world. We can only imagine the language and tone if Putin had succeeded in his blitzkrieg plan - if Zelensky had gotten in an American helicopter, the Ukrainian army had lost its leadership, crumbled apart and Yanukovych had rolled into Kyiv on Russian tanks, dragged out of the Rostov watering holes.

But none of Putin's original plans came true, and now the situation is radically reversed. Back in December, Russian Deputy Foreign Minister Sergei Ryabkov threatened NATO in an unprecedentedly harsh tone: "Pack your things and get out!" Now, in May, Finland and Sweden have one foot in NATO. I say one foot because, even without NATO, the alliance unofficially guarantees the defense of these countries, and the UK has given these guarantees quite officially. This means that these countries are now effectively under the NATO umbrella, without the whole of Article 5, and will not be left alone in the event of a Russian invasion.

Putin has talked for so long about NATO surrounding "poor, defenseless, peaceful" Russia from all sides that he has finally convinced it. Until recently, Russia had only a short land border with NATO, which was no threat to Russia's security. A few hundred kilometers with the Baltic States and a very short one in the very north of Norway. Now it has been extended by 1325 kilometers. That is how long Russia's border with Finland is. Given the rather decent Swedish presence in the region, the balance of military power has tipped far against Russia.

Russia's invasion of Ukraine has revealed something else that was previously only guessed at, but not verified. It turns out that the vaunted might of the Russian army is an inflated balloon. In practice, the Russian army has shown itself to be a semi-criminal, badly organized bunch of marauders. The endless slogans about the invincible Russian army, which does not start wars but only finishes them [with victory], have turned out to be the purest fiction. The whole pathos of Russian patriotism is slowly crumbling away, just as Putin appeared close to crumbling at the May 9 parade in Red Square.

In this situation, the entry of Finland and Sweden into the NATO alliance only reinforces the realization that the fate of Putin's actions is sealed. Even if Putin manages to gain a temporary foothold in south-eastern Ukraine, the overall balance of power in Europe and the world is shifting in a direction in which Russia has no chance of winning. In chess parlance, that would be fighting for a draw with all its might.