Attempts by the pro-Kremlin extremist organization Latvian Russian Union (Latvijas Krievu savienība) to organize riots and unrest last weekend were foiled. Moscow's order to destabilize the situation in Riga was not carried out, and even Tatjana Ždanoka's involvement in inciting the supporters of Russian aggression did not bring the necessary results. But nothing is over yet.
16.05.2022. Imants Vīksne 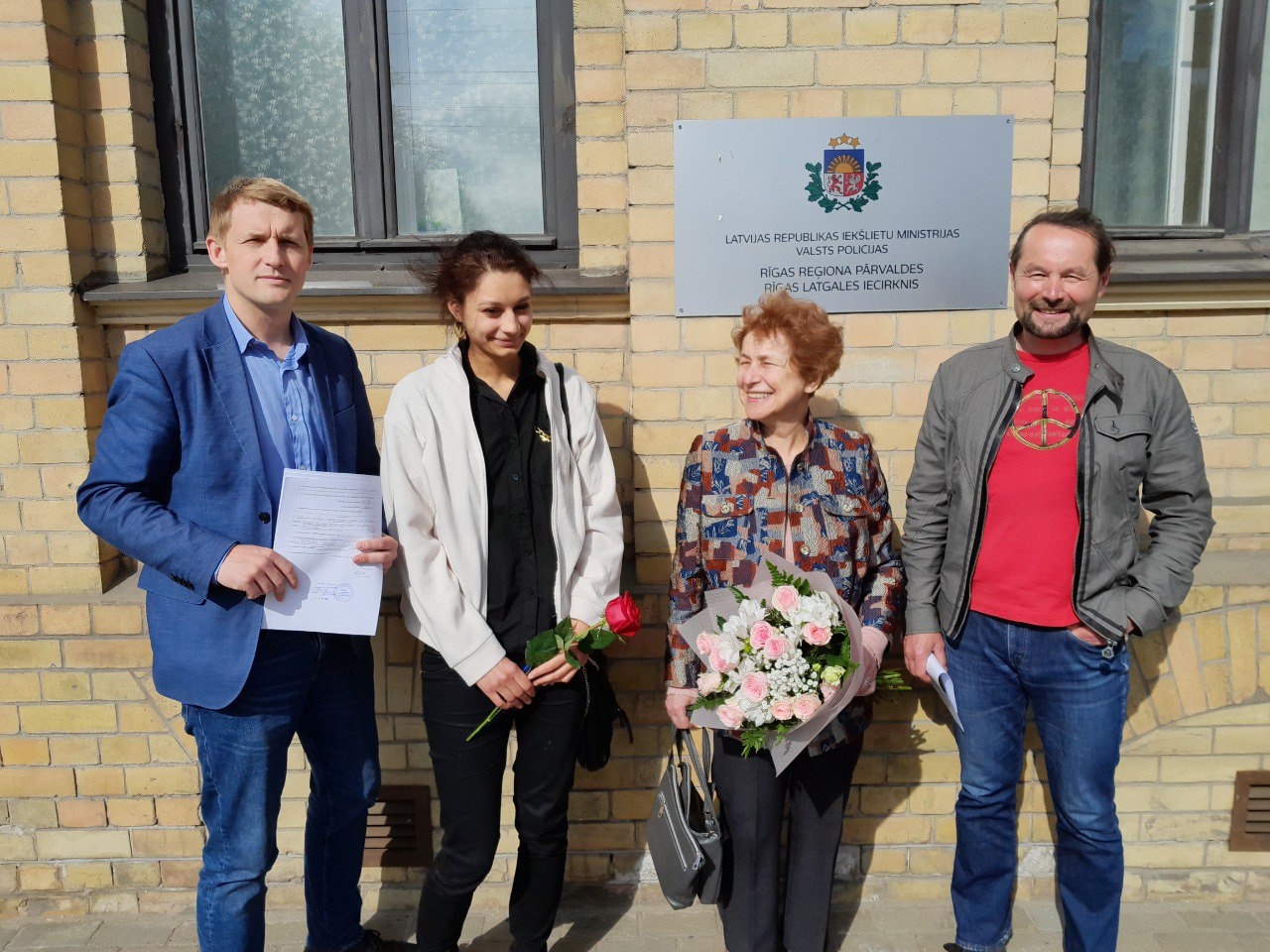 It should be recalled that the rally organized by the Latvian Russian Union in support of the "Russian world" vision was banned. Formally, the event was announced to protest against the arbitrariness of the authorities with regard to Soviet monuments, including the now politically approved plan to dismantle the "Monument to Soviet Soldiers - Liberators of Soviet Latvia and Riga from the German Fascist Invaders". Meanwhile, however, the real motives of the ralliers were posted on the web - to show the Nazis their rightful place, to send Latvians to Siberia, to shoot those who donate to the dismantling of the monument, and so on.

No tried to save Ždanoka

Despite the ban on the event by the security authorities and the Riga City Council, the pro-Kremlin bubbles on social media continued to be filled with calls to gather for a demonstration of Russian power both on Friday in front of the City Hall and on Saturday in Pārdaugava. On May 10, this was partially successful, as several pro-Kremlin mid-level police managers refused to obey their superiors' orders to disperse those praising Russian aggression, and some subordinates were happy to do nothing. But over the next few days, the ranks of the State Police were weeded out of the anti-state officers, and by Friday the situation was radically different. When the supporters of Russian aggression started to gather for the banned rally, hundreds of police officers were already in front of them. Some of them were also among the rally participants themselves. Access to the Town Hall Square was blocked. There was a provocative attempt to rile up the hundreds of Russian supporters. For this purpose, leaders of the pro-Kremlin organization Latvian Russian Union arrived at the uncoordinated rally with placards, thus violating their own formally circulated call to their followers not to come to the rally. The police reacted promptly and the leaders were put on a police bus. Then came the unbelievable - basically none of those gathered even tried to "release" Tatjana Ždanoka or to express their dissatisfaction with the way things were going. The LKS plan to cause riots in the Old Town failed. 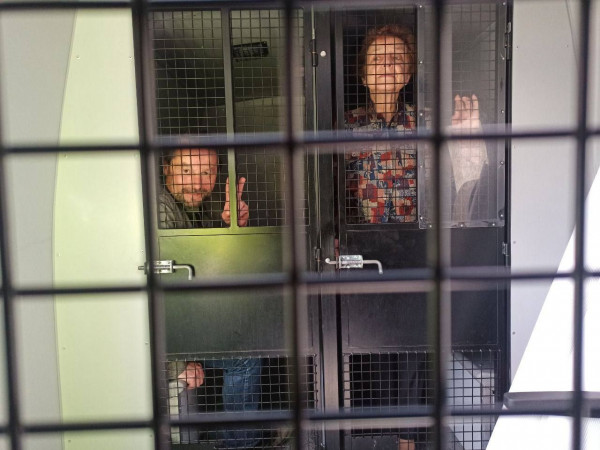 The "Russian world" was stopped by rain

However minor the incident was, Ždanoka's detention was promptly noticed by the Foreign Ministry of the Russian Federation. Maria Zakharova posted a picture of a smiling Ždanoka behind a barred window on her Telegram channel and commented, "This is what European neo-Nazism looks like. This is how Nazi Europe dealt with anti-fascists in the middle of the 20th century." Of course, if the Moscow-ordered riots had started in the Old Town, there would have been an excuse to do more. In less than an hour the "demonstration of the Russian world's power" was dispersed, and the next day nothing happened at all in Pārdaugava. The rain had discouraged the supporters of Russia. However, the number of people around the monument is still higher on a daily basis. The pro-Russian aggression organization Latvian Russian Union should be kept in the spotlight now, as it has started a "format change" of their "Night Guard" movement, which was created to protect Soviet monuments.

Tatjana Andrijeca, a member of the council of the blatantly anti-state organization Latvian Russian Union, issued the following appeal after a visit to the police: "The fight is not over. The Night Guard team managed its task - protection of the monument for two and a half months. But now other vandals in the form of our wicked government are at it. Nevertheless, the Guard will not disintegrate, but will only strengthen. The format will be changed. So all those who want to join the fight, write to us. We must be together now."

How far this struggle and aggression against the Latvian state will go is a question the Latvian Russian Union and other supporters of Russian aggression are currently discussing in more or less sealed web bubbles. But here they should at least be reminded that

Article 9 of the Law on Political Parties prohibits political parties from arming their members or other persons, organizing military training and establishing militarized units.

At the moment, the party is already balancing on a very thin edge. It has been warned by the State Security Service, a proposal to ban parties that glorify Russian aggression is being pushed through the Saeima, and several administrative cases have been initiated against party leaders. At the moment, the authorities have more and more arguments to close down the central organization of supporters of Russian aggression and to put its leaders on trial. This is seemingly a matter of time.

The processes taking place in Latvia are closely monitored in the Russian Federation. Symbolism plays an important role in the war launched by an aggressor against the civilized world, which is why so much importance is attached to Soviet monuments. The propaganda media have widely reproduced the news that "the Investigative Committee of Russia will examine the decision of the Latvian authorities to demolish the monument to Soviet soldiers in Riga". It describes the decision of the Latvian Saeima to unilaterally suspend the clause of the agreement protecting Soviet monuments. They say that this is disrespectful to the Soviet people's struggle against fascism and threaten criminal proceedings:

"Basically, the removal of the monument may qualify under Article 354.1 of the Criminal Code, which provides for liability for the rehabilitation of Nazism by publicly desecrating symbols of Russian military glory."