MP Krišjānis Kariņš has started a childish but dangerous game

Yesterday, Interior Minister Marija Golubeva announced her resignation in the following words: "Prime Minister Kariņš, bowing to the pressure of the nationalist ultimatum, has decided not to support me. This will be my last day as Interior Minister."
17.05.2022. BLBens Latkovskis 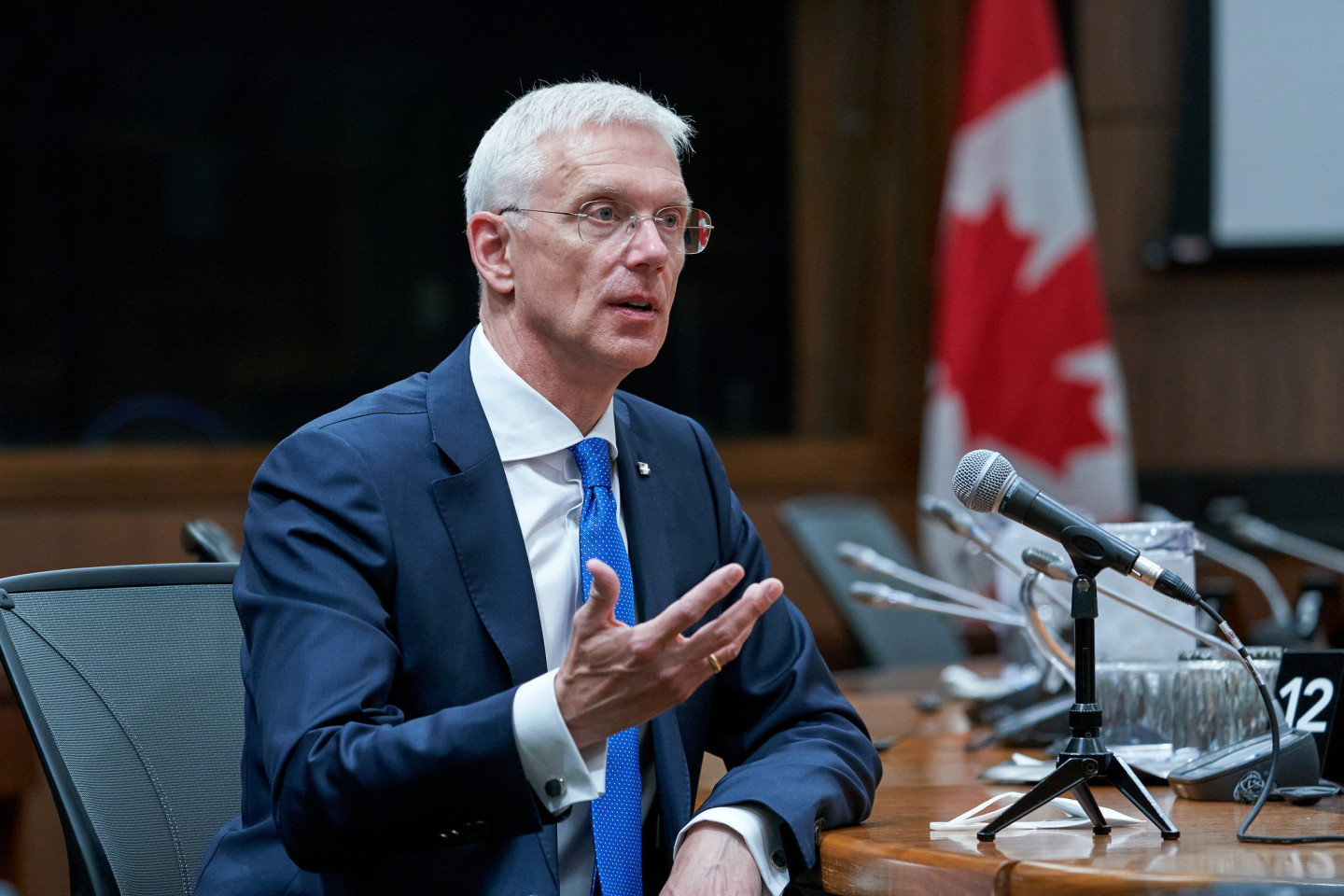 One might think that the crisis in the government, which arose after the National Alliance (Nacionālā apvienība, NA) demanded Golubeva's resignation on May 12, is over, but it is not that simple. As can be seen from this and other statements by Golubeva herself, she does not admit any fault of her own in what has happened. The blame is laid at the door of Prime Minister Krišjānis Kariņš, who "bowed to the pressure". The NA, on the other hand, allegedly hates the Interior Minister because she is "a woman and a Russian". That is the level of this rhetoric.

Kariņš had to respond. If he is accused of "bowing to the pressure", then he is ready to respond to this pressure with counter-pressure. He points out to the parties forming the government (or rather, to the NA) that with the resignation of the Minister of the Interior, the Minister of the Economy, Jānis Vitenbergs of the NA, will also have to leave his post for the sake of the stability of the coalition. Why exactly Vitenbergs, and not another NA minister, was kept quiet.

All these moves worthy of an amateur chess player seem logical only at first glance. They only make sense if politics is seen as a zero-sum game, where as much as one wins, the other loses. If we see politics as a contest between political forces, in which everyone works for the common good and, in doing so, competes for the ultimate prize - voters' approval - then all this fuss is not evidence of such a contest. It looks more like a political kitchen being uncovered, quite inadvertently and foolishly.

Golubeva publicly humiliates the Prime Minister, claiming that he is so soft that he gives in to pressure. But even Development/For! (Attīstībai/Par!) has decided to pressure Kariņš a bit, hinting that, well, our minister will resign, but in that case, someone from the "family" of resignation demanders must also resign. As they said in Moses' time - an eye for an eye, a tooth for a tooth. You asked for our resignation, then let one of the nationalists resign as well.

Perfectly aware of the unattractiveness of this political "logic", Golubeva publicly distanced herself from this "eye for an eye, tooth for a tooth" demand, making it clear that this ugly game was initiated by Kariņš himself. If he really did come up with the idea of rolling up the government crisis in this way, it is even crazier. No one in Latvian politics, at least in an open public form, has ever dared to descend to this level of political infantilism. That is to say, if someone messes up, then whoever points it out and demands that it stops has to pay for it politically. By this logic, if the Conservatives party (Konservatīvie) had pointed out Golubeva's unsuitability for her post, then, say, Gatis Eglītis should have left the post of minister.

If Kariņš has not only accepted these rules of the game but, as one can guess from Golubeva's statements, initiated them himself, then one can only conclude that with his most direct blessing, Latvian politics has been turned into the most banal bazaar - tit for tat. If you do this, then I do that. Bazaar is even a polite term in this situation. A more appropriate one, it seems, would be kindergarten.

One can argue. Has it ever been otherwise? There have been all sorts of things, but I can't remember anything so primitive, not to say childish. On the other hand, given his apparent naivety, such logic might indeed have seemed quite acceptable to him. All the more so because the crisis of the previous government was dealt with in a relatively similar way, when the KPV LV leftovers were thrown out of the coalition.

It is possible that, by the time you read these lines, everything will have been resolved as usual in Latvian politics. That is, everyone will have forgotten their misguided moves (like the amateur chess players who cannot remember more than three to five previous moves) and will continue to roll as if nothing had happened. Golubeva and Vitenbergs will return to the Saeima, the coalition will be preserved, and everyone will be in the same boat trying to get through the rapids of the October 1 elections.

But the NA could just as well defy this twisted logic. Tell me, Mr Kariņš, why should an economy minister completely unrelated to Golubeva suffer for Golubeva's mistakes? Explain your logic. I am afraid it would be difficult for Kariņš to explain it in any meaningful way.