Three stories of money seized from rich Ukrainians in Latvia

When accused that many Ukrainians who have arrived in Latvia look too well-off to qualify for refugee status, they reply that they are not fleeing poverty, but war. But not all Ukrainians manage to win the sympathy of the Latvian state. For some, the opposite happens. The Latvian State is trying to take away from them what Russia has not yet taken away from them, namely their prosperity. The same money that is stuck in the ABLV Bank, which is being closed, and in other Latvian credit institutions.
18.05.2022. Imants Vīksne 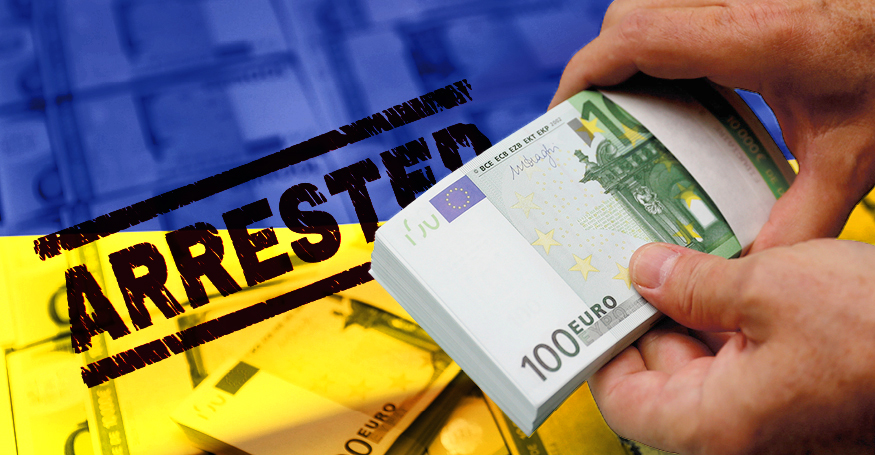 Many Latvian lawyers are now involved in the operation to rescue the money of wealthy foreigners. At one time, the Latvian state promised them golden visas - a ticket to the European Union - in exchange for money being invested in banks, businesses and real estate. But then, at the behest of the US, Latvia began to overhaul its financial system and nationalize this money retroactively. If you cannot prove the origin of the money for five, ten years and even further back, it is criminal, and the presumption of innocence does not work in these cases.

Rode un Partneri law firm is currently working on 15 cases at various stages of investigation and trial, which involve the supervisory authorities questioning the origin of client funds. Currently, the interests of Ukrainian citizens are being defended in three of the most pressing cases. In one case, money earned on the stock market and given by a brother to his sister who lost her husband in the first year of the Ukrainian war was seized. In the other, money was earned by an inventor of digital security solutions. The third is the money of a Ukrainian agricultural entrepreneur, now desperately needed to buy farm machinery and planting material that's been destroyed in the war. The common element in all these cases is the actual unwillingness of the proceedings facilitator to receive explanations and evidence, the actual unwillingness to examine the evidence properly, the denial of access to the investigation files and even to the assumption made by the investigation as to the criminal origin of the property.

Lawyer Oskars Rode told Neatkarīgā more about this first case, where, after a family tragedy, the brother Stanislav Savchenko generously gave a gift to his sister Irina Yaroshenko so that the money would make money and the widow and her two children could live in Latvia without worries. After a couple of years of work, the plan almost came to fruition. The money was deposited in Latvian banks in exchange for a temporary residence permit. The family's life has been divided between Latvia, Ukraine and Russia, where the brother had a securities business since before the war. For a few years, the plan really worked. Until the brother's gift of money, according to the typology drawn up by the Financial Intelligence Unit, raised a shadow of suspicion, and with it, the sister had problems with her temporary residence permit. A conflict between the two brokerage companies turned into a criminal case, Stanislav Savchenko's name was mentioned in passing, and that was enough for Latvian banks to write a report, but it was the Financial Intelligence Unit and the police who did the rest. In 2020, the money of the rich Ukrainians was seized. More than half a million euros. And securities - shares and various financial instruments worth much more - were also seized. It should be stressed that no justification is given for what the investigation considers to be the alleged criminal acquisition of this property. As the police inspector states in her decision to seize the securities, and as the judge also states, "the material in the criminal case is a secret of the investigation and disclosure of the evidence at this stage of the investigation may prejudice the conduct of the pre-trial investigation". Without knowing exactly what is being incriminated, the defense is effectively prevented from proving the legal origin of the money. But now the case has taken a significant turn. Lawyer Oskars Rode challenged the court's decision to seize his client's financial instruments at Signet Bank at a higher instance, and the Regional Court ruled in favor of his client:

"The judge of the panel considers that in the present case the seizure of financial instruments and the fruits of their use constitutes a disproportionate restriction of a person's rights and is contrary to the provisions of Article 1 of the European Convention on Human Rights and Article 12 of the Criminal Procedure Law." The seizure decision is annulled and the judgment is not subject to appeal. Lawyer Oskars Rode argues that, on the merits, the initial seizure of his client's financial assets should also be revoked, as the grounds there were just as meagre as those for the financial instruments. However, in this case, the possibilities of appeal are limited by the time limits and the limited legal recourse to the courts.

Why should rich Ukrainians deserve sympathy? If only because Irina Yaroshenko and her children were forced to live in Russia for some time because of decisions taken by the Latvian authorities, and the treatment of Ukrainians there is simply terrible. They are enemies there. Now, as Stanislav Savchenko tells Neatkarīgā, his sister and children have been granted Ukrainian war refugee status in Latvia, live under his wing and continue to fight for their family's stolen well-being.

The second Ukrainian case that lawyer Oskars Rode is currently working on is related to information technology and security. The client is a developer and inventor of security systems, whose work was highly appreciated already in the USSR times. He has long been involved in technological solutions to various object tracking problems. Apparently, these solutions are good, because for years he worked as a business partner of the Israeli subsidiary of a large US company. Institutions representing the Latvian state were and are also clients of the company. He has made a lot of money. 18 million between 2005 and 2018. He deposited the money with ABLV Bank. And there it got stuck, because according to the typology introduced by the Financial Intelligence Unit, the funds were deemed suspicious because they were transferred several times between his companies within the same bank. The causal link that money makes more money where the interest is better is not recognized as sufficient justification in this case, and the origin of the money, even fifteen years in the past, is demanded to be proved, which the investigation itself does not seek to verify. The problem is that the area in which the client works and the transactions carried out in it are covered by a state secret. Security system solutions and people-tracking programs used by governments are sensitive information. Accordingly, the Israeli company refuses to disclose what has been sold to whom and why. At the beginning of the war, the wealthy Ukrainian built himself a villa in his home town of Bucha. The Russian occupiers wiped out Bucha. Now the security solutions developer has emigrated, settled in a country neighboring Ukraine and is fighting to recover the money seized from his company in Latvia. "We simply cannot accept that honestly earned money is being taken away," the lawyer reveals his client's stance.

Ukraine is the breadbasket of Europe, and the money seized in Latvia in this case was earned in the grain farming business. The company is huge, as evidenced by, for example, the 100 railway wagons it owns. The business has been developed through the merger of many Ukrainian farmers' cooperatives - landowners. The harvest - mainly wheat and sunflower seeds - was traded through large traders on grain exchanges. The turnover is huge. Part of the proceeds were deposited in the Latvian bank ABLV Bank and seized by the Latvian police. €35 million is subject to proof of origin. A total of 30,000 documents were submitted to investigators. The investigators then said that the evidence in the original language was not valid - all the documents had to be translated. Within three months, this was done, at a cost of an additional €30,000 to the owner of the money. The police are now waiting for answers from Ukraine to their requests for legal assistance, but the case could go to court as a proceeding for criminal property sometime in late July. In the meantime, the company desperately needs the money seized for this year's sowing. The Russian airstrikes on the Izium district destroyed agricultural machinery, company real estate and crops. New tractors, combine harvesters and sowing materials have to be bought. The entrepreneur has asked for at least part of the funds to be released from seizure, but the police do not agree. No cooperation, despite the fact that the man is from Ukraine, which is objectively suffering from Russian aggression.

As lawyer Oskars Rode concludes, unfortunately, Latvia is not a safe and friendly zone for Ukrainians at the moment either, and this will not end pleasantly. There are many stories of seized assets of foreigners and sooner or later these cases will be challenged before the European Court of Human Rights. And then the Latvian state might have to answer for the funds that have been confiscated from foreigners in an unjustified and unfair process.