China views the Russia-Ukraine war without sentiment or pity

Olga Skabeyeva, one of Russia's most vocal propagandists (she seems to be deliberately imitating the evil SS characters from Soviet-era films), on her program responded in mock astonishment to pro-Kremlin military commentator Mikhail Khodarenok's remark that they are left alone against the whole world: but what about China? India? Don't they count?
19.05.2022. BLBens Latkovskis 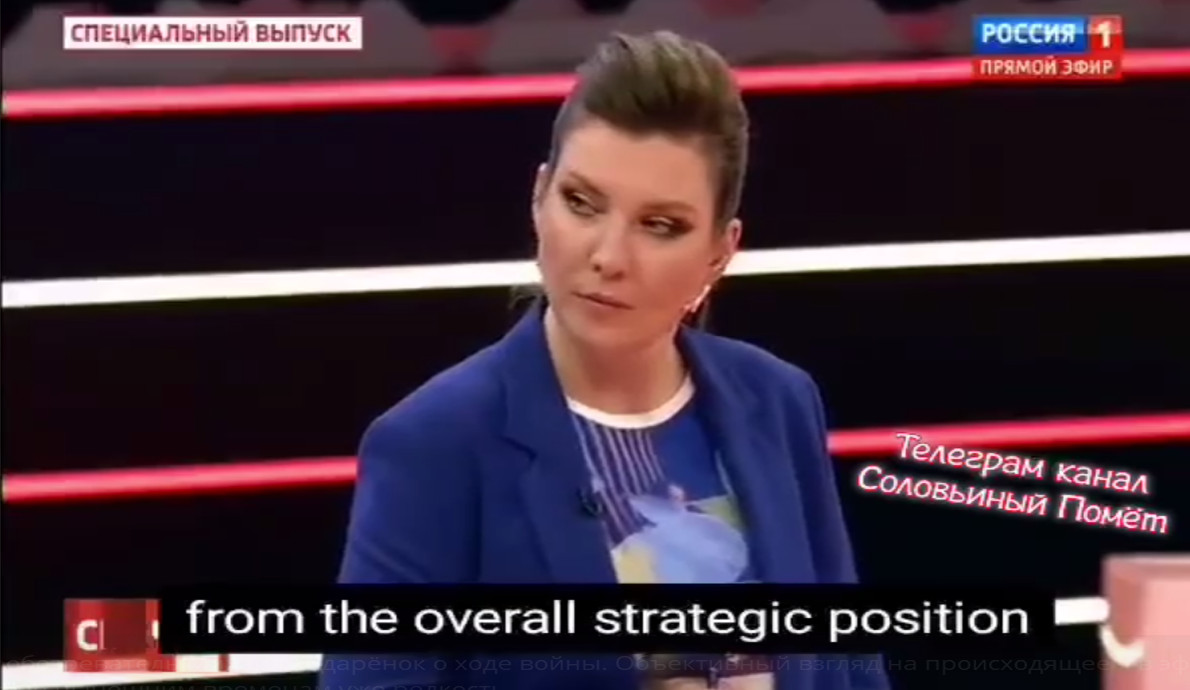 Skabeyeva is not the only one who almost automatically counts China among Russia's allies. Is that actually the case? The short answer is: partly. If one considers as allies those who do not at least publicly criticize and condemn the Russian invasion. One could even go further. Both at the official level and among the masses of the population (as revealed by those who understand Chinese and follow the mood on social networks there), the general mood in China is on Russia's side. At the same time, China is in no hurry to help circumvent economic sanctions and supply more serious weapons. In other words, we support them in words, but in deeds...

China's position on the war in Ukraine is currently the subject of a very widely discussed article by senior Chinese diplomat Gao Yusheng, published in English in the Asia Times.

The original of this article has been removed from all Chinese-language sources and is also only available in English in an archived version and on the translator's personal blog.

On the one hand, this shows that the theses in the article do not coincide with the official Chinese position, but on the other hand, it gives an insight into the views that are common among professional experts. For the outside world, this article is particularly interesting because it is thesis-like, it is dispassionate. The author assesses Russia's prospects without the slightest sentiment and outlines the possible future of the world after the war.

Here are the main theses of the article:

Russia’s position in the Russia-Ukraine war has become increasingly passive and unfavorable. Its coming defeat is already clear.

The main reasons why Russia is now heading towards defeat are:

1) Russia has been declining ever since the collapse of the Soviet Union, a decline that is first of all a continuation of the pre-dissolution Soviet Union. It is also related to the failures of the internal and external policies of the Russian ruling clique. This process has been exacerbated by Western economic sanctions which have damaged sectors of the Russian economy. The so-called revival or revitalization of Russia under Putin’s leadership is false; it simply does not exist. Russia’s decline is evident in its economic, military, technological, political, and social spheres, and has had a serious negative impact on the Russian military and its war effort.

2) The failure of the Russian blitzkrieg and the failure to achieve a quick victory signaled the beginning of the Russian defeat. The Russian military’s economic and financial strength, which are not commensurate with its status as a so-called military superpower, could not support a high-tech war costing hundreds of millions of dollars a day. The Russian army’s poverty-driven defeat was evident everywhere on the battlefield. Every day that the war is delayed is a heavy burden for Russia.

3) Russian military and economic advantages over Ukraine have been offset by the resilience of Ukraine and the huge, sustained and effective aid provided to Ukraine. The generational differences between Russia and the US and other NATO countries in the areas of weapons and technology, military concepts, and modes of warfare make the advantages and disadvantages of both sides even more pronounced.

5) Russia can no longer decide when and how the war will end. Russia is trying to end the war as soon as possible so it can hold on to what it has gained. This has failed. In this sense, Russia has lost its strategic leadership and initiative.

Gao Yusheng expands on these theses of his and gives further reasons. In his view, the future course of the war will be even more brutal and intense. Nor can an expansion and escalation of hostilities be ruled out, since the two sides have diametrically opposed objectives. Ukraine is determined not to make concessions on the issue of its territorial integrity. The US, NATO and the EU have repeatedly confirmed their support for Ukraine in achieving these goals and have expressed their determination to defeat Putin.

Jake Sullivan, National Security Advisor to the US President, recently outlined the three main objectives of the Russia-Ukraine war:

1) an independent and liberal Ukraine;

2) a weakened and isolated Russia;

3) a strong, united and determined West.

To achieve these goals, the US, NATO and EU countries not only significantly increased their aid to Ukraine, but in addition to that the US, for the first time since the end of World War II, passed a law on Lend-Lease. The US internationalized and institutionalized its assistance to Ukraine at a meeting of 41 national defense ministers in Ramstein.

More importantly, the direct involvement [aid] of the US and the UK in the war is deepening and widening. All the signs are that the war will last until Russia is defeated and punished.

The Russia-Ukraine war has brought to an end the Yalta system and the remnants of the Cold War. The world is moving towards a new model of world order and international relations.

After the collapse of the USSR, Russia inherited its permanent seat on the UN Security Council as a military superpower. The main foreign policy vector of the Putin regime was to ensure that the space of the former USSR was perceived as Russia's exclusive sphere of interest. The territories in this space under Russian control were to be integrated into a renewed empire.

The Russian Federation was determined to achieve these goals and never really recognized the independence, sovereignty and territorial integrity of the former Soviet republics. Their sovereignty was frequently violated. From the point of view of peace and security in the Eurasian region, the Russo-Ukrainian war changed this situation dramatically.

After Ukraine's independence, but especially after 2000, the political forces there split almost exactly down the middle between Eastern and Western political factions, which successively replaced each other through elections. After the annexation of Crimea and the occupation of certain areas of Ukraine in 2014, anti-Russian sentiment in Ukraine strengthened, while pro-Russian forces weakened. The majority of Ukrainians, also in the east and south of the country, started to support Ukraine's accession to the EU and NATO.

After the outbreak of war, the situation in Ukraine changed completely. The country is united in its opposition to Russia. Russia can be said to have lost Ukraine completely. At the same time, the other countries of the post-Soviet space, with the exception of Belarus, refuse to support Russia. The war has taken away Russia's hopes of restoring the old empire.

To regain the international status and influence of the Tsarist Empire and the USSR, Russia would have to break the current international order and change the geopolitical map of Eurasia and the world. Russia is obsessed with this idea of restoring the empire. It contradicts the US position and creates an insurmountable conflict with the US. This conflict is, to a certain extent, a remnant and continuation of the Cold War, which has acquired a certain ideological tinge. With this war, the confrontation between Russia and the US in the context of the American Empire will end in Russia's total defeat. It will also bring this post-Cold War period to a close.

Gao Yusheng concludes his article by predicting the world order after the Russia-Ukraine war.

Japan and Germany, while completely free from the constraints of the defeated countries of World War II and accelerating their armament development, will more actively strive for the status of political powers. Japan and Germany will be more active in seeking the status of political powers. However, they will not break away from the democratic camp, nor will they completely abandon the policy of peaceful development.

The US and other countries will push hard for substantive reform of the UN and other important international organizations. If they are blocked, they may also start a new one. Both may exclude some countries, such as Russia, by drawing ideological lines of so-called independence. This is not the only article by senior Chinese experts with similar conclusions. Official China does not make this position known, but its little tangible support for Russia suggests that it is tacitly putting this position behind its back. China is therefore primarily thinking about its place in the new, post-war world order, in which being in the same camp as Russia will not count as a plus.

This is not the only article by high-ranking Chinese experts with similar conclusions. Officially China does not make this position known, but its little tangible support for Russia suggests that it is tacitly noting this position. China is therefore primarily thinking about its place in the new, post-war world order, in which being in the same camp as Russia will not count as a plus.