The army offers a service for blowing up various objects

The Ministry of Defense website invites state and local authorities to offer buildings and objects for demolition by blowing them up. The Armed Forces have considerable experience in carrying out such work, so it would be worthwhile for the Riga City Council to offer the object to be dismantled, "Monument to the Soldiers of the Soviet Army - Liberators of Soviet Latvia and Riga from the German Fascist Invaders", for controlled blasting.
19.05.2022. Imants Vīksne 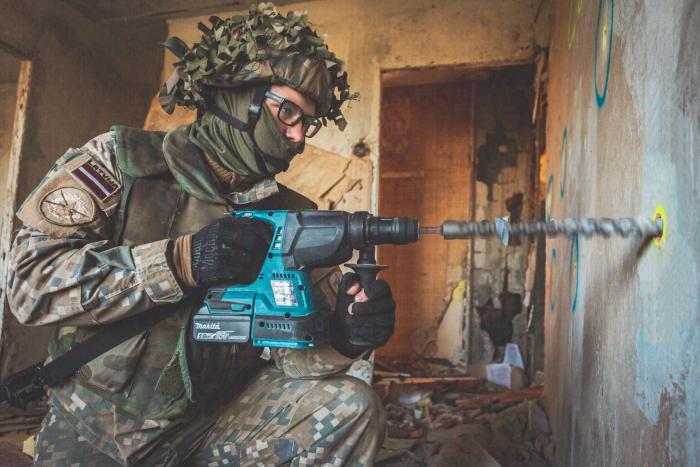 Legally, this procedure is regulated by the Cabinet of Ministers Regulation "Procedure for the National Armed Forces to be involved in the destruction of explosive objects or blasting on land in peacetime", adopted in 2015. The NAF and the person requesting the blasting conclude a written agreement on the demolition of the structure in question, in which the parties agree on the timing of the operation, security requirements, cooperation, and the rest is a matter of technique. This year, two objects are also planned to be demolished - a multi-story technical building and a school in Irbene, Ance region, Ventspils municipality. So the army has this kind of capability, and municipalities regularly use it to get rid of objects that are degrading the environment, dangerous or unnecessary for other reasons. In Riga, too - in Pārdaugava, in Victory Park - there is such a redundant, unnecessary and dangerous object that needs to be dismantled, and blasting would be both technically feasible and the best method symbolically. Similarly, on May 4, 1995, the blasting of the Skrunda radar station Darjal became a symbol of the departure of the Russian Federation army. The blasting was carried out by the Americans, using 360 kilograms of explosives, placed at 430 points. The building collapsed in 12 seconds. According to Wikipedia.

Slow and expensive or fast and cheap 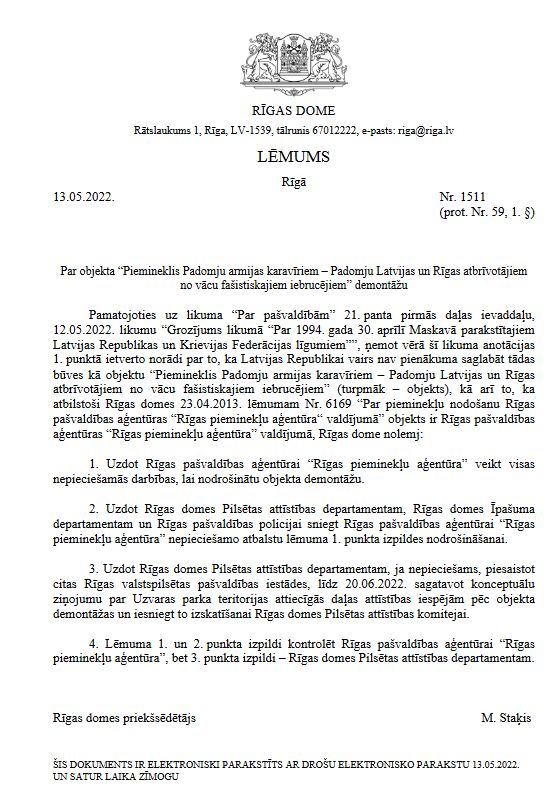 A few days after the events of May 9 and 10 in the capital, the Riga City Council adopted Decision No 1511 "On the Dismantling of the Monument to the Soldiers of the Soviet Army - Liberators of Soviet Latvia and Riga from the German Fascist Invaders". It instructs the Riga Monuments Agency to take all necessary actions to ensure the demolition of the object. There is as yet no clarity as to the timeframe for the task or the manner in which the dismantling is to be carried out. Politicians have made various assumptions, such as that the work should start by the end of the year, that the amount needed for the dismantling and removal of debris could reach a million euros, and that the demolition should be carried out piece by piece. In short - it'll be a long, painful and expensive process. Blasting would be quicker and cheaper. Moreover, there are no residential buildings or other objects in the vicinity of the memorial to be dismantled which could be adversely affected by such a method of demolition. Currently, the State Police has imposed a closure until August 31 due to the public danger of the site. After this date, it should be turned into a demolition site to be prepared for blasting.

It would be an honor for the soldiers

In the absence of clarity on the practical next steps, the Ministry of Defense has not yet offered the services of the army to dismantle this particular facility (at least not publicly) and refuses to comment on this possibility. At the same time, there is no doubt that there is no shortage of soldiers in the armed forces who would consider it an honor to participate in the removal of the most influential symbol of the occupation. Agris Purviņš, a retired major of the National Armed Forces and former commander of the National Guard's engineering battalion, also acknowledged this to Neatkarīgā. It was under his command that in 2007 the Latvian army began to practice the dismantling of dangerous objects by blasting, including in populated areas: "At that time, as commander of the engineering battalion, I secretly dreamt that I would be given the task of demolishing the occupation monument. I am absolutely convinced that the engineers of our armed forces are capable of carrying out this dismantling task and will do so with the greatest of pleasure.

The army must not be deprived of this joy just to give it to the construction cartels! The army can do it for free and in a few days!"

If this pleasure and honor is indeed entrusted to the army, the task will of course be technically challenging, and a few days will not be enough. The central feature of the memorial, which has to be dismantled, is a 26-metre-high reinforced concrete stele. But it is not impossible. Of course, the blasting also needs a detailed design, but in principle, the work can be done in this order:

So in about ten days we should be done. Agris Purviņš explains that the same principles should be followed when blasting a column as when cutting down a tree: "A wedge has to be created in the direction of the fall. In this wedge, the reinforcement must be completely freed from the concrete. This can be done with special equipment or with several small explosions. This would be the most difficult stage. The final, blasting stage would involve two blasts with a small time gap. The first explosion would blow up the reinforcement in the wedge and the next explosion would blow up the concrete behind the wedge (like knocking down a tree)." 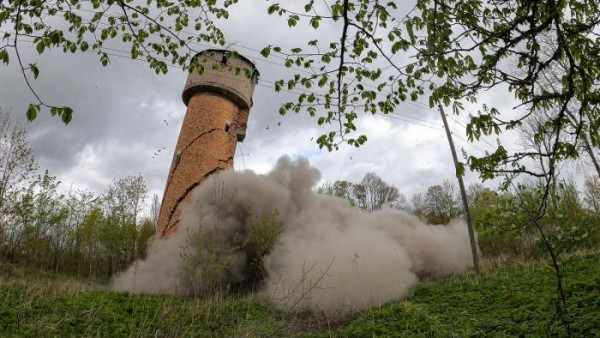 After the fall of the stele, the clean-up of the area would already depend on the further planned action with Victory Square. This includes deciding what to do with the bronze sculptures. To saw them apart or to place them in a distant cemetery out of sight. It will probably be useful to recycle the concrete into rubble, and to scrap the reinforcement in order to recoup the money invested in the blasting. But it should be recalled that money will be the least of the problems in this project. In literally a matter of days, citizens have donated a quarter of a million euros for the dismantling of a Soviet monument. All the Riga City Council has to do is to formalize the acceptance of this donation and write a letter to NAF Commander Leonīds Kalniņš: "Please dismantle the object 'Monument to the Soldiers of the Soviet Army - Liberators of Soviet Latvia and Riga from the German Fascist Invaders' by blasting". What the members of the radical organization Pērkoņkrusts failed to do in 1997 - criminally - the National Armed Forces could now do quite legally. Boom!