This week saw a kind of phase transition in Latvian politics. Climbing one level lower. The National Alliance (Nacionālā apvienība) called on the Prime Minister to sack a minister unsuitable for the post, which the Prime Minister, in the words of the Speaker of the Saeima, did not object to, but at the same time sacked another minister against whom no one had any complaints.
20.05.2022. BLBens Latkovskis 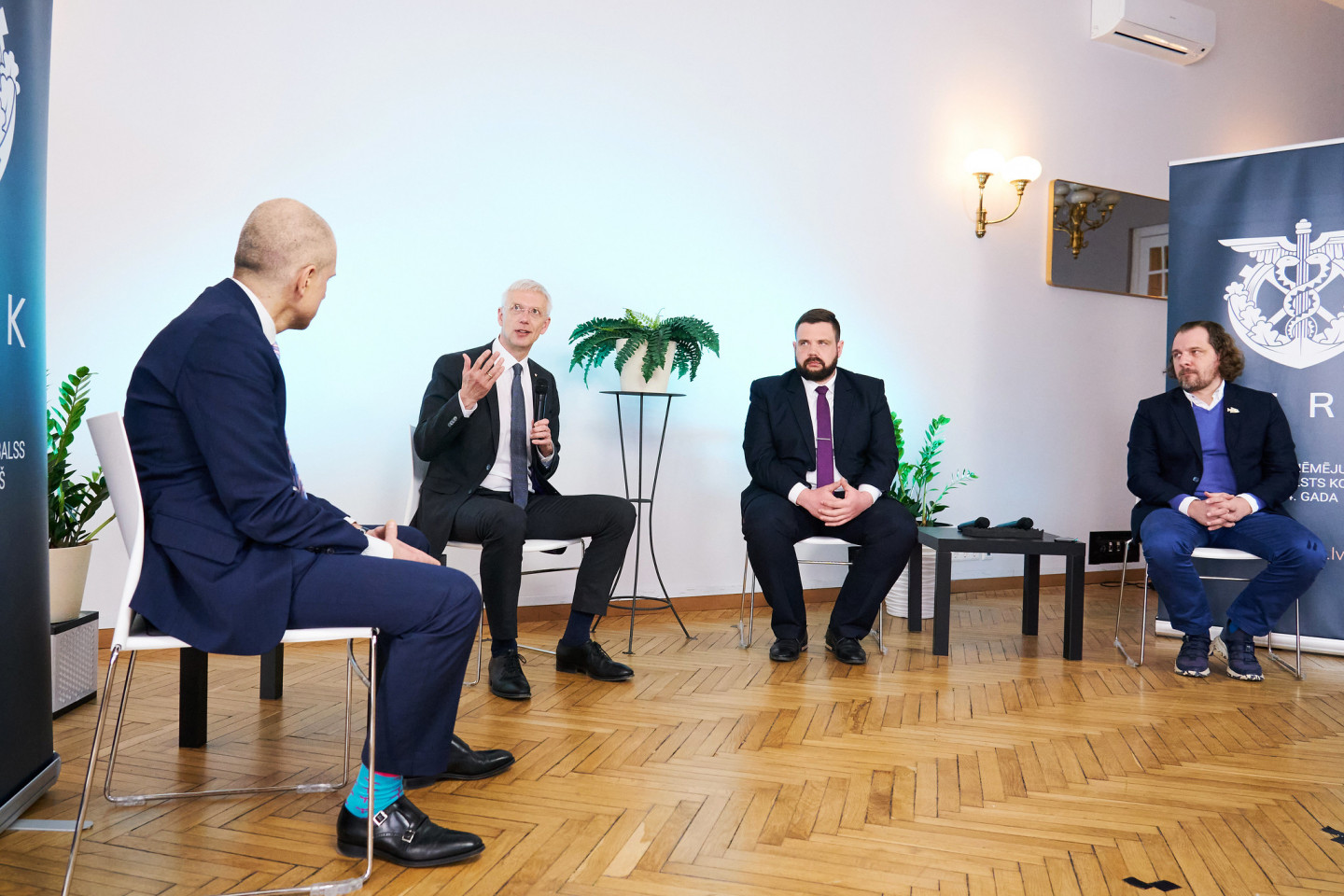 23/03/2022. Prime Minister Krišjānis Kariņš and then Minister of Economy Jānis Vitenbergs participate in the meeting of the members of the LCCI ©Valsts kanceleja

This is about holding the Minister for the Interior Marija Golubeva politically accountable for the police's failures on May 9 and, in particular, on May 10. Not only in the political class, but in the whole of active society (with the exception of the fans of Development/For! (Attīstībai/Par!)) a consensus had formed that Golubeva should leave her post. The complaints against her had been building up for a long time, and this was just the last straw. Golubeva's resignation had reached the boiling point, and replacing her with another figure would not cause any visible political upheaval. But no. Prime Minister Krišjānis Kariņš made an ugly political spectacle out of this essentially insignificant position rotation.

If I had to sum up the end result of this political mess in a few words, it would be: the new normal has been marked. We have climbed one step lower, and this level of political relations, which would once have seemed an unthinkable cynicism, is now being set as the norm. As if it had always been so, and must be so.

What's wrong with that, the new generation politician Krišjānis Feldmans says, blinking his eyes in theatrical astonishment, and citing the diplomatic practice of countries in conflict with each other expelling embassy staff symmetrically. So, it turns out that the political parties in Latvia's ruling coalition are in a state of conflict. Note that this is not an opposition/position relationship. Forces in the same government treat each other as conflicting states, each with its own very different interests.

Of course, it has long ceased to be a secret that, for our so-called parties, the interests of the state and of society are only a backdrop. A platform on which to pursue their narrow self-interest. In this reality, other political groupings, proudly called parties, are perceived as competitors and nuisances. Even while formally being in the same state yoke.

This performance by Kariņš and the subsequent attempts by the political class to explain this new normality exposed another thing. Nobody runs the state in its classical sense. This was particularly stark on the evening of May 10, when there was not a single politician (including Artis Pabriks, who was left in charge at the time) who could assume anything that could even remotely be called leadership.

Political leaders, including the Prime Minister, lead political processes in their narrowest sense. Who will sit where and what resources will be used. The overall direction of things is going with the flow. That is, the officials ensure the basic functionality of the system, but there is no meaningful strategic goal, no course. The political class is happy with this situation. Very much so, because it allows it to get on with what it was formed for in the first place and what it sees as its main objective. Namely, the acquisition of resources. Both material (finance) and political (positions). Each is busy in his own field, and no one else (including the state-funded media) is allowed to stick his long nose in it. If, however, someone does not resist pointing out to the artistic director of this political theatre company that, see, Golubeva is not managing, the response in the Delaware dialect is: okay, but then one of you has to lose your role, too.

This Kariņš's move has been compared to many things - to the manners of mafia families, to kindergartens, to brothels, but the ease with which not only the political class, but also a large part of society accepted this new order is a testament to the deep-rooted feudalism of the Latvian political environment - we do what we want in our ministry. The fact that such an odious figure as Inese Voika is being considered for the post of Minister of the Interior is evidence of precisely this attitude. Not only do we do what we want, but we also crown whoever we want as a minister. The fact that this minister's activities concern the whole country, the whole of society and all spheres of life does not concern us. Take us for what we are.

Usually, at this point, the defenders of this system refer to democratic elections in which the public assesses the "achievements" of this feudal system and gives its assessment of it through the results of the vote. This is what it all looks like in theory. In practice, it is much more primitive. In Latvia, 30% of the electorate votes for parties that have been excluded from the serious political process. That is to say, they will not, under any circumstances, be admitted to the governing coalition. We are talking about political forces that are under a shadow of suspicion for more or less explicitly supporting the Putin regime (even by not criticizing it). This means that the real fight is taking place on a narrower field.

Given that the state-funded media are quite undisguisedly supporting the ruling coalition (or rather its left-liberal wing), the field is narrowing even further, and the correlation between actual work and the number of seats in parliament is becoming even smaller. But if that is the case, there is no need to look over one's shoulder and think "what will the people say about this". You have to keep going and move your plans along without giving much thought to how it looks. The public will eat it all up anyway and vote "as they should" on October 1. This, then, is the end result of this week's political events - the political degradation swiftly continues.