In the decision signed by the Deputy Prime Minister and Minister of Justice Jānis Bordāns to impose a disciplinary sanction on Colonel Oksana Kulakova, the Deputy Warden of Iļģuciems Prison, there are complaints about both the emotional abuse and bossing practiced by the management of the Ministry of Justice (MoJ) and the Latvian Prison Administration (LPA), and the bossing of subordinates by officials of the LPA.
25.05.2022. Uldis Dreiblats, Ritums Rozenbergs 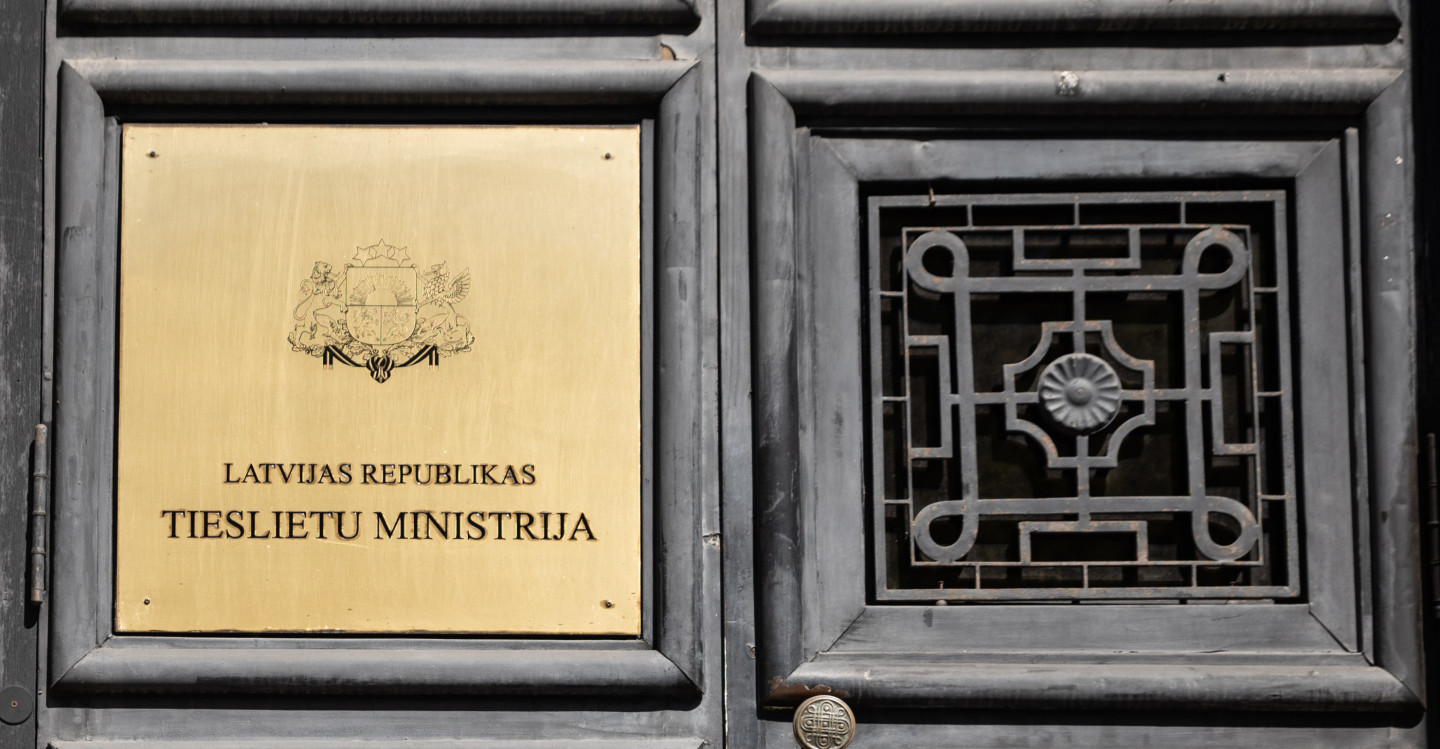 The disciplinary case reveals that in the units supervised by the Ministry of Justice, employees are at each other's throats: subordinates accuse the head of emotional abuse and incompetence, but the Minister of Justice is powerlessly tolerant of the situation ©Vladislavs PROŠKINS, F64 Photo Agency

The disciplinary case against Colonel Kulakova, opened on July 17, 2020, reveals not only an unflattering picture of the relations between the employees of the LPA, a subordinate unit of the Ministry of Justice, but also the indifference of the supervising officials to the 30% bonuses to the basic salary, fixed in connection with the performance of certain duties, for which the public administration has not received a proper return. 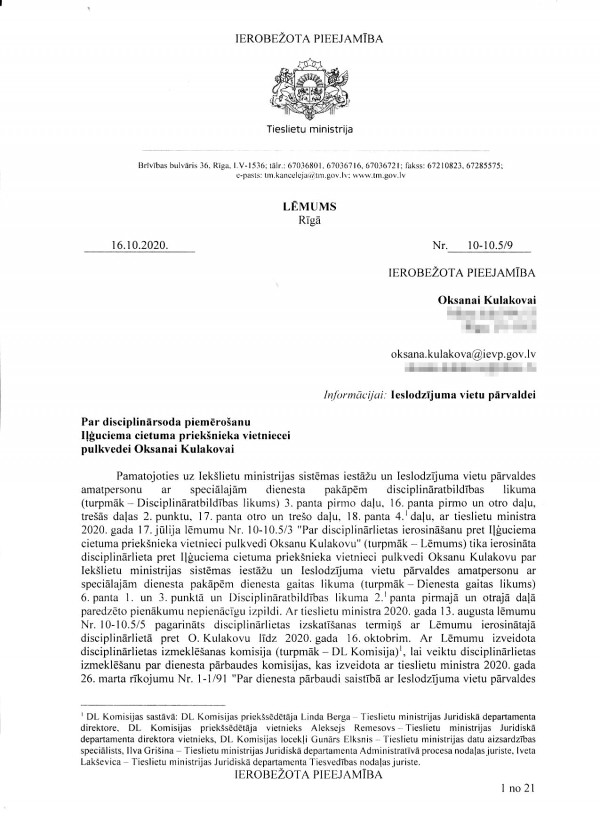 Kulakova and another employee of the LPA, Major Nataļja Gruzdova, were entrusted with the additional duty of administering the supervision of personal data protection in the institution, for which they both received the aforementioned 30% salary bonus. Over time, complaints have accumulated that the Colonel and the Major are not coping with their duties. As a result, disciplinary proceedings have also been initiated against their superior, the then head of the LPA, Ilona Spure (more details here).

The Disciplinary Board has asked the Colonel to provide an explanation. In it, according to the Disciplinary Board's account of the decision, as transcribed in the decision signed by the Minister, Kulakova replied, inter alia, with counter-insults: "The illegality of the actions of the Administration and the Ministry of Justice is reinforced by the fact that the emotional abuse was initiated not only to alienate and ostracize individuals from the collective, but is primarily related to the aim of ensuring that the individuals against whom disciplinary proceedings were fabricated and initiated leave the service and that senior officials of the Administration and the Ministry of Justice can continue to conceal actions that are contrary to the requirements of the Law on the State Administration and other normative acts."

Having reviewed Kulakova's explanation, the Disciplinary Board concluded that the answers were not substantive and requested further clarifications from the Colonel. On August 6, 2020, the DB, having reviewed the Colonel's explanation, found it necessary to clarify additional circumstances for an impartial examination of the disciplinary case, and therefore prepared additional questions and an invitation to Kulakova to appear before the Ministry of Justice on August 6, 2020, for the interview scheduled by the DB; however, Kulakova did not appear for the scheduled interview."

Not assessing the appropriateness of the 30% bonus

The DB concluded that "the Data Protection Specialists (i.e. Kulakova and Gruzdova), inter alia, did not perform such an essential duty as the preparation of a data protection impact assessment"; "the development of a personal data processing adequacy assessment has not been initiated"; "Kulakova also failed to fulfil an essential duty of a data protection officer, such as the establishment of a register of the processing of personal data"; "Kulakova has breached the obligation to ensure that none of the other duties performed by Kulakova in the administration creates a conflict of interest"; "The State Data Protection Inspectorate, having assessed the job description of the Deputy Head of the Administration, as well as the DB, perceived a conflict of interest in the performance of these duties, as a data protection officer should not hold a position in an institution which requires them to determine the purposes and means of processing personal data".

Despite these harsh conclusions, the Minister of Justice Bordāns, when assessing the findings of the Disciplinary Board, did not pay attention to the appropriateness of spending money on salary bonuses for two years.

The unhealthy work environment was created "negligently" because it "could not have been failed to foresee"!

On the basis of the above and other circumstances, Bordāns has decided to "impose a disciplinary punishment of a reprimand" on Kulakova.