Kazakhstan prepares for a major transformation of its political model

On June 5 this year, Kazakhstan will hold a national referendum where citizens will be able to decide whether to secure in the constitution the course the country has taken towards reducing the powers of the President, improving political institutions, further democratizing society and establishing civil society.
31.05.2022. NNeatkarīgā 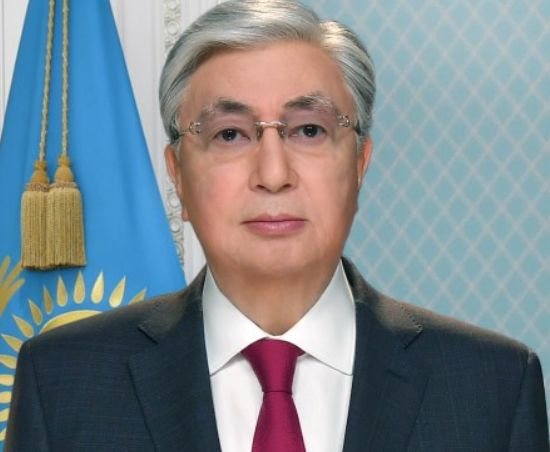 Based on legislative changes, the broad package of political reforms proposed by President Kassym-Jomart Tokayev is to be implemented: a transition from a highly presidential state model, or, as they say in Kazakhstan, from a super-presidential state to a presidential republic; a redistribution of powers between the branches of state power; an increased role and status of parliament; greater participation of citizens in state administration; and improved mechanisms for the protection of human rights ©no Kazahstānas Valsts prezidenta mājaslapas

The amendments to the Constitution to be decided by the referendum are intended to lay the foundations for extensive changes to the law. Based on the legislative changes, the broad package of political reforms proposed by President Kassym-Jomart Tokayev is to be implemented: a transition from a highly presidential state model, or, as they say in Kazakhstan, from a super-presidential state to a presidential republic; a redistribution of powers between the branches of state power; an increase in the role and status of parliament; greater participation of citizens in state administration; and improved mechanisms for the protection of human rights. In essence, the extensive reforms represent a transition of Kazakhstan to a new political model.

The announcement of the planned rapid reforms to modernize society was made on March 16 this year by President Tokayev. Sociological surveys carried out in Kazakhstan, as well as the opinions of competent experts, show that an overwhelming majority of the population is inclined to support both the constitutional amendments and the plans to accelerate the modernization of society in the referendum.

Among other things, the planned increase in the powers of parliament, the greater involvement of citizens in public administration and the strengthening of legal protection institutions are a positive signal to the world community, business and financial institutions, which see in this process a more predictable investment environment and opportunities for business development in Kazakhstan.

The reforms are particularly important in the current global economic situation, given Kazakhstan's role in global cross-border economic and financial flows.

Nepotism will be swept into the past

As explained by President Tokayev in his message to the nation, "the concentration of power in the hands of the country's highest official unduly strengthens the influence of those close to him and financially oligarchic groups. They perceive the state as a personal government. Nepotism, wherever it exists, inevitably leads to negative recruitment and becomes a fertile ground for corruption to flourish. The Head of State must be the main guarantor of equal opportunities for all citizens".

The amendments to the Constitution provide for a rebalancing of the power of the institution of the President and its equalization between the branches of government. The President will be obliged to cease party membership for the duration of his term of office. It is hoped that this requirement will increase political competition, ensure a level playing field for all parties and discourage future heads of state from being tempted to subordinate key political institutions to themselves. Similarly, the legislation will require the chairpersons and members of the Central Election Commission, the Accounting Commission and the Constitutional Council to abstain from party membership upon taking office. Mayors - akims - and their deputies will also be barred from holding office and party work.

The President's close relatives will be prohibited by law from holding political office and leadership positions in the private and parastatal sectors.

Currently, the President has the power to remove district and even village akims. Following amendments to the Constitution and relevant provisions of law, this right will be abolished.

Kazakhstan's parliament is made up of an upper house, the Senate, and a lower house, the Mazhilis. The Senate currently has 49 members - two elected senators from each region and 15 appointed by the President. Following changes to the Constitution and laws, the President's quota will be reduced to 10 members, five of whom will be recommended by the Assembly of People of Kazakhstan. In Mazhilis the total number of seats is to be reduced. At present, the Mazhilis does not have the capacity to pass laws. Following the amendments, the Mazhilis will be given the power to pass laws. The Senate's powers are to be extended to include the right to approve candidates for the positions of President of the Constitutional Council and President of the Supreme Judicial Council. Non-partisans will also be able to stand for election to parliament.

Local authorities, or Mäslihat, will also be affected by the reforms. The post of chairperson of the Mäslihat will be introduced. At present, members of the Mäslihat agree or disagree with the only candidate proposed by the Head of State. In future, the President will have to nominate at least two candidates for the posts of akims in the provinces and cities of national importance. The President will thus appoint the akims of the regions and cities of national importance on the basis of the results of the examination by the Mäslihat. In addition, a mixed model will be introduced for the election of regional Mäslihat and cities of national importance. Each district will be able to elect at least one member to the lower house. In urban areas, where close interaction between members and citizens is necessary, a complete shift to a majoritarian electoral system is planned.

President Tokayev believes that "the introduction of the mixed electoral model will increase the electoral activity and involvement of the population in the comprehensive modernization process of the country".

To develop and strengthen political competition, party registration procedures will be simplified. The threshold for the number of members required for registration will be reduced fourfold, from 20,000 to 5000. The minimum number of citizens' initiative groups to form a party will be reduced by almost a third, from 1000 to 700 people. Political campaigning on social networks will be allowed. Clear and comprehensible regulations for election observers will be defined.

A Constitutional Court will be set up to guarantee compliance with the Constitution, to which the Prosecutor General and the Human Rights Ombudsman will also have the power to apply.

In 2020, Kazakhstan joined the family of countries that have abolished the death penalty. To strengthen the decision to abolish the death penalty, the constitution will be amended accordingly and a systematic approach to the investigation of torture-related crimes will be developed. The possibilities of using legislation to deter individuals from committing acts of violence and offences against the family are currently being examined. The possibilities of strengthening penalties and criminalizing violence against women and children are being assessed.

The judicial recruitment system is being improved and the transparency of judicial processes and procedures improved. The processes put in place allow for greater civilian participation in judicial proceedings. Currently, juries in Kazakhstan can only deliver verdicts for particularly serious crimes. There are plans to expand the categories of jury cases.

The media law will also be revised to strengthen the information space, freedom of information and to promote the diversity of information. Support to non-governmental organizations will be given greater attention to promote the growth of civil society. Public councils will be established in central and executive governments to ensure that they are heard. To promote the democratic traditions of Kazakhstan or the Great Steppe, as it is called in Kazakh, and strengthen national unity, the National Public Trust Council will be replaced by a National Meeting Kurultai. Representatives from the regions, the Parliament, the Assembly of People and the Civic Alliance, the Public Council, business and non-governmental organizations will take part in its work.

"We have a clear image of the future and the contours of the new Kazakhstan - an effective state with a strong civil society. We need to implement the key formula for building our country: a strong President - an influential Parliament - a responsible Government", said President Tokayev in his appeal.

*This publication was produced in cooperation with the Embassy of the Republic of Kazakhstan in Latvia and is a continuation of a series of publications on the economy, culture and politics of Kazakhstan.