Even Riga Pride sex festival is dedicated to Ukraine

The Russia-Ukraine war has made many events that otherwise resonate in society irrelevant, and the annual sex festival Riga Pride is also subordinated to the circumstances of the war. Various events continue in a compact format throughout the week, with a "March for Freedom" on Saturday under police surveillance. For a free Ukraine.
16.06.2022. Imants Vīksne 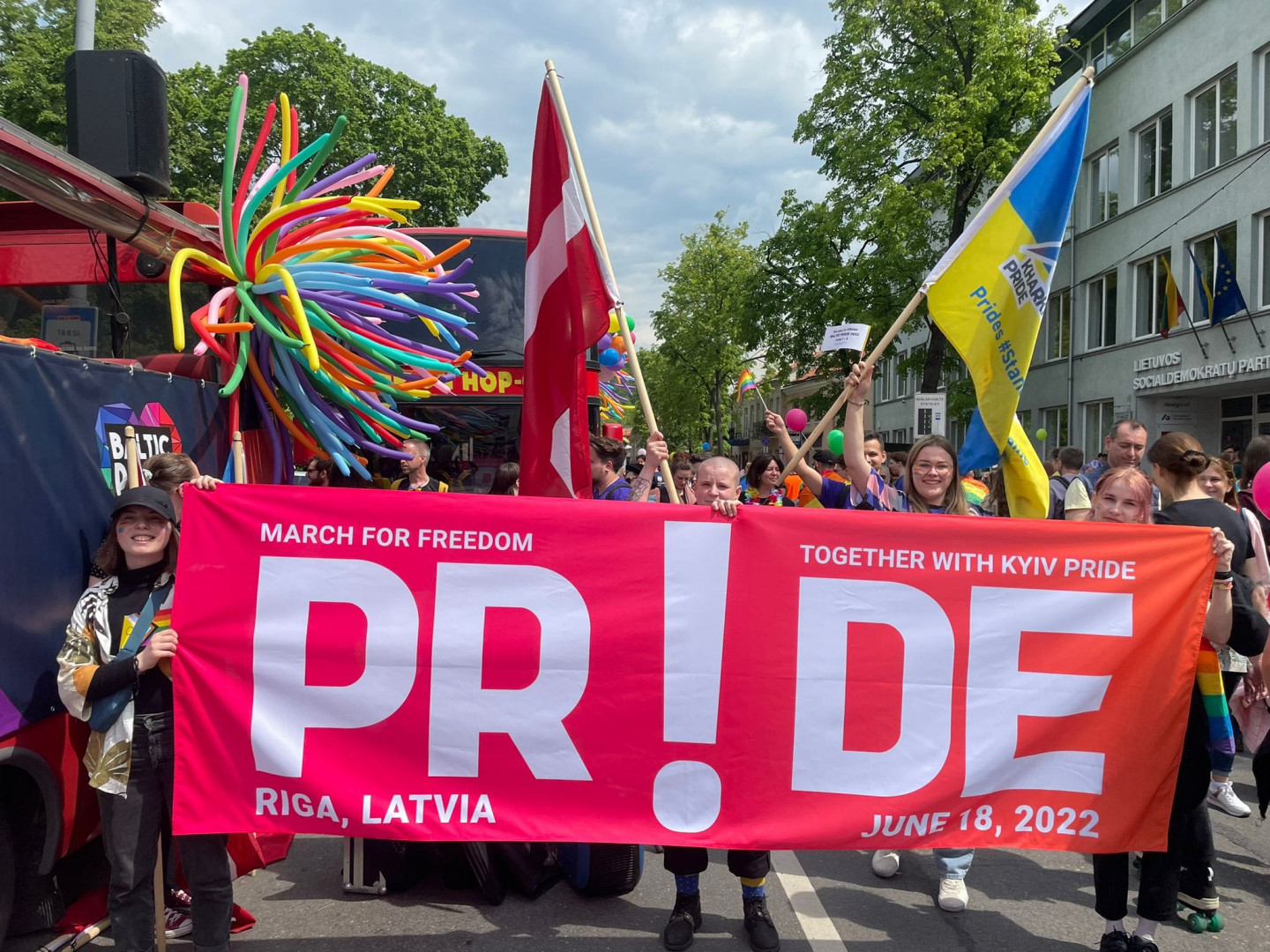 In the early years of the festival, security was necessary because there were enough individuals in the conservative part of society who found public events by sexual minorities extremely distasteful. Everything was done to ban the main event of the festival - the march - but when this failed, homophobes tried to disrupt it in every possible way, up to and including physically assaulting marchers. This happened in 2005, 2006, 2007. In the years that followed, the heterosexual public gradually got used to the presence of such a festival, and nowadays it has acquired the restraint so traditional of Latvians, talking more about the politics of sex than about sex itself. The traditional Riga Pride line-up includes discussions, conferences, exhibitions, concerts and, compared to sex minority events abroad, a rather low-key parade.

Instead of homophobes, Kremlins are expected

After a hiatus during the Covid restrictions, the march will take place again this year, but there will be security as in the early years of the festival. Not so much because extremist homophobes might turn up again, but to take into account those who marched on May 9 and 10 to the Monument to the Soviet Soldiers - the Liberators of Soviet Latvia and Riga from the German Fascist Invaders.

They swear, spit and fight. Therefore, on Saturday, visitors to the closing event of the sexual minorities festival should expect significant security restrictions, while the rest of the city's citizens should expect movement and traffic restrictions in the Vērmanes Garden area between 12:00 and 18:00. "March for Freedom!" will start from Vērmanes Garden on Elizabetes Street, continue along Brīvības Street, turn onto Bruņinieku Street, Tērbatas Street and return to Vērmanes Garden through Tērbatas Street. This will be followed by a concert. 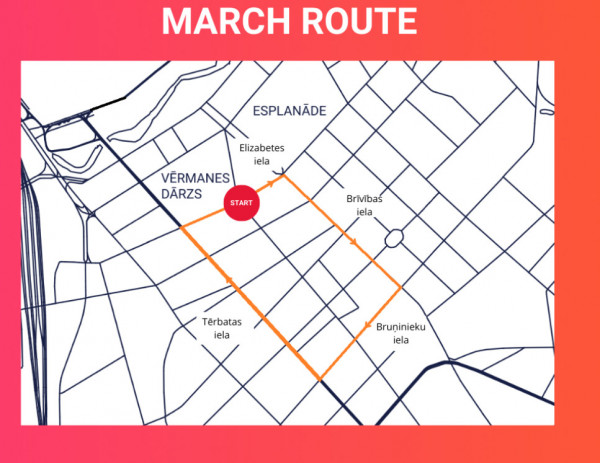 To help organize the flow of people, the organizers encourage people to arrive early and not to bring large bags or other items that may delay their entry to the park. Bags will have to be presented to security staff at the entrance. For security reasons, fences and police barriers will be placed around the entrance. "Please do not be confused, no participant of the Pride will be denied entry to Vērmanes Garden - all organizational and security activities will be aimed at ensuring the smooth running of the parade, so please be friendly and do not be afraid of the security measures. Together we can make this process easier and faster! If at any point you feel threatened or unsure how to proceed, please contact the RIGA PRIDE organizers." A commenter on the festival's Facebook page wisely adds that participants will also have to take care of their safety in the evening, when carrying flags on the way home or to the closing party. It is true that there have already been many attacks on people wearing Ukrainian colors in Riga, but the combination of yellow-blue and rainbow could inflame supporters of Russian aggression even more. That is why the participants need to be careful.

With Russia's war in Ukraine and the threat it poses to European countries, the political struggle of sexual minorities to legalize same-sex marriage and adopt children has taken a back seat. For several electoral cycles now, certain parties have been lobbying for these initiatives in order to broaden their electorate. With the unexpected intervention of the Constitutional Court in the last year, the issue has indeed moved forward in favor of the sexual minority community. However, the future Civil Union Law, which would be the first step towards legalizing same-sex marriage and adoption, is currently stuck in Parliament. First, the promoters of the bill failed to gather a quorum in the Saeima, but now the Presidium is not putting it up for reconsideration, and the Saeima is about to adjourn until the autumn. Meanwhile, the conservative majority continues to collect signatures to initiate a referendum to strengthen the concept of family in the Constitution, thus preventing further political progress towards the legalization of same-sex marriage and adoption in Latvia. It should be recalled that the draft law, which is being promoted in the public domain, seeks to amend Article 110 of the Constitution by stipulating that the State shall protect and support marriage - the union between a man and a woman - and the family based on marriage, consanguinity or adoption. And that a child has the right to grow up in a family based on a female mother and a male father. In this sense, the state would have a duty to protect the traditional family, which is the basic building block of society. Of course, this political initiative has also been diverted from the public eye by Russia's war in Ukraine. Moreover, it cannot yet be said whether the initiative will benefit from the fact that certain parties are using it for their own election campaigns. Just like others on the liberal flank are lobbying for the political interests of sexual minorities. By June 15, almost 49,000 signatures had been collected in support of the referendum. This is not yet enough to trigger a referendum. However, even this number of people concerned about the preservation of traditional family structures is significant enough that politicians should not ignore it.