On June 8 this year, Russian State Duma deputy Yevgeny Fyodorov submitted a draft law to "parliament" which would annul the decision of the USSR State Council of September 6, 1991, on the recognition of Lithuania's independence. In response to this international outburst, some Lithuanian jokesters proposed to annul the 1634 Treaty of Polyanovka, by which the Polish-Lithuanian Commonwealth ceded the Smolensk area to Russia.
17.06.2022. BLBens Latkovskis 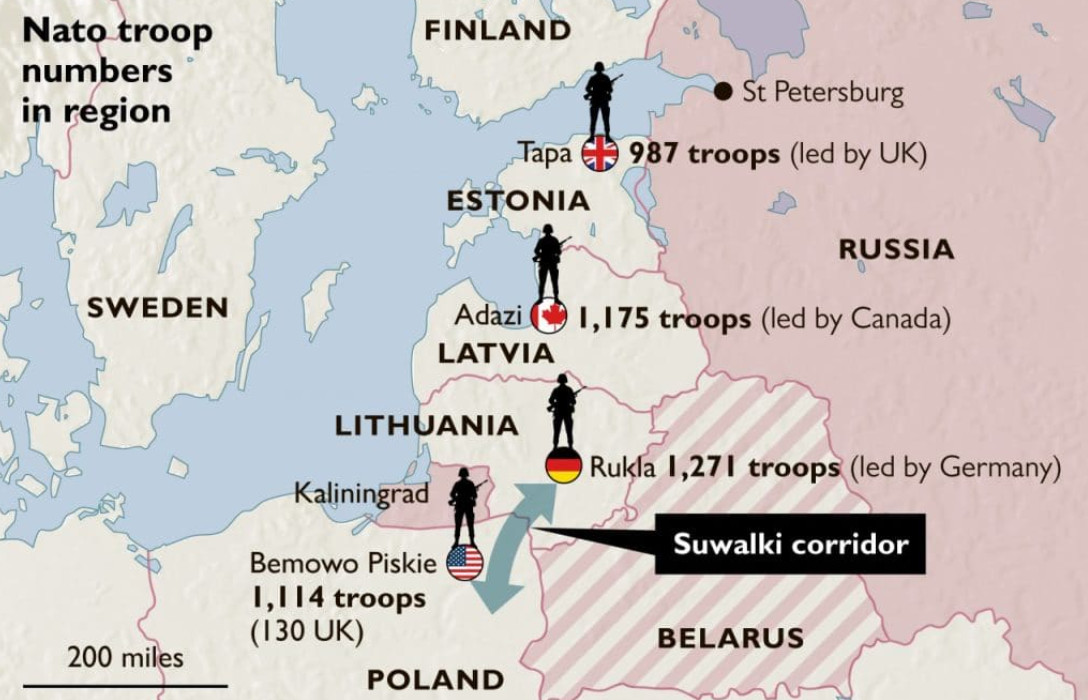 I use the word “jokesters” for a reason, because Fyodorov's “draft law” must be treated with the utmost seriousness. Firstly, the current composition of the Russian State Duma is made up entirely of persons approved by the Presidential Administration (which is the real subject of Russian power). If the State Duma is made up of a number of different “weirdos” (the best-known figure in this category was the late Vladimir Zhirinovsky), they are not there by chance. They fulfil a certain function. They put forward various seemingly ridiculous, perhaps even absurd proposals, which the political top can easily dissociate itself from if necessary - well, you know, Fyodorov went too far. You should not take it seriously.

Secondly, Putin's system of government has proved that all sorts of seemingly irrational, sometimes even absurd, statements must definitely be taken seriously. Today they are made by Fyodorov, tomorrow by more "serious" politicians. The once-popular theory that everyone in the Kremlin understands everything very well and that all this Solovyov/Kiselev propaganda is only for the "stupid" people is now recognized as false.

This does not necessarily mean that Putin will send troops “to regain Narva and the territories to the west”, but it does mean that this is a real possibility if the conditions are right for such a move. Russian political analyst Ivan Preobrazhensky has put forward his own version of why Russia has decided to launch what he calls a "trial balloon" on the non-recognition of Lithuania.

According to this version, the Baltic States are at a great disadvantage from a military point of view. They cannot seriously defend themselves on their own (including the small battalions of NATO forces). The only land border with a militarily stronger country and the center of Europe is Lithuania's 70-kilometre border with Poland (the so-called Suwalki Corridor). At the same time, the Russian-controlled Kaliningrad Oblast is separated from the basically Russian-occupied Belarus by Lithuania, through which the main supply of the enclave also passes. Both civilian and military.

Following the EU air traffic restrictions, Russian civil aviation is no longer allowed to fly over Lithuanian territory and traffic to Kaliningrad is via the Baltic Sea area, which would effectively become NATO's internal sea once Sweden and Finland join NATO. In such a situation, Russia could make ultimatum demands on Lithuania, demanding free access to its airspace for civil aviation transit. Under the guise of civil aviation security, Russia would establish a no-fly zone for NATO fighters in this space, which would be secured by air defense systems deployed near the Lithuanian border.

Lithuania could rightly see such demands as a threat to its sovereignty as a result of military pressure and trigger NATO's vaunted Article 5. And herein lies the cunning of the Kremlin's plan. Russia is allegedly not attacking anyone directly. It is not occupying anything. It is supposedly taking care of the security of its legitimate territory and of the people who live there. What is Lithuania to do if Russian civil aircraft are crossing its airspace without its permission?

Given that NATO takes decisions on the basis of unanimity, and that, as we can see from the reactions of some countries to the existing hostilities, this is not easy to achieve, the Kremlin strategists hope that there will be no strong reaction from NATO. This point of Preobrazhensky's version is subject to the most serious criticism, because the reaction to the triggering of NATO Article 5 can also be individual. This means that Poland, the UK, Norway, the US or any other NATO country can take immediate retaliatory steps without waiting for a joint decision by the whole of NATO. Whether these countries will take this decision if Russia acts decisively (brazenly) enough is another question.

Preobrazhensky himself, like critics of his version, such as the well-known Deutsche Welle military columnist Konstantin von Eggert, points out that NATO's reaction will be sharp, because otherwise (in the event of actual inaction or by starting to seek "compromises" with Russia) NATO loses the meaning of its existence as a defense bloc. What kind of defense bloc is it if it cannot protect its own members?

The main danger of the situation lies elsewhere. As Preobrazhensky points out, the Kremlin believes otherwise. There, all strategic plans are based on the assumption that NATO leaders are weak, incapable of acting boldly, effectively and decisively. That is to say, if there is even the slightest possibility of avoiding direct conflict with the nuclear power Russia, then that option will be taken. Russia's hybrid attack on the sovereignty of Lithuanian airspace will give NATO countries ample opportunity to pretend that there is no real attack, and so this option will be taken.

The problem is that the Kremlin is convinced that the West's willingness to make concessions just to avoid a world war is infinite, while NATO does not think so. Already, the mood in the military circles of the US and other leading NATO countries is quite different. That is to say, the Russian army has demonstrated its actual weakness and must not be allowed to regain confidence. The Western reaction to Putin's military moves must therefore be much sharper.

The political leadership of most NATO countries, with the exception of Poland and the United Kingdom, has a different position (even if it is not officially stated): that Russia must not be allowed to win, nor must it be allowed to lose. Both sides should be allowed to fight, gradually reducing the intensity of hostilities until both sides "tire" of fighting and start looking for ceasefire terms.

It is very likely that both the West and Moscow are misjudging the situation. The West underestimates Russia's ability to act in a particularly brazen, even audacious manner, but at the same time overestimates its willingness to use its nuclear capability, while the Kremlin has so much faith in the West's "rottenness" and its "lack of will" that it overestimates the West's cowardice.

Hitler once underestimated the willingness of the English/American plutocrats to go to war in exactly the same way. They’re no warriors, too used to lazing on bar stools over a glass of cocktail in New York, was a popular saying in the Berlin backrooms of power at the time. In the end, it turned out that it was the full involvement of the US in the war that broke the back of Hitler's regime. Even now, it is difficult to predict who will be the straw that will break the West's "no intervention, no matter what" resolve.

In any case, the entire Latvian political class must send a clear message to the world: sustainable peace in Europe is impossible if the Putin regime manages to achieve even a partial victory in Ukraine. The various provocations with elements of hybrid warfare aimed at shaking NATO unity and ultimately proving the futility of the bloc will continue, raising the stakes ever higher. That is why the whole world must ensure the defeat of the Putin regime in Ukraine if we do not want to test the veracity of Preobrazhensky's version in real life.