On June 18, Lithuania introduced rail transit restrictions to the Kaliningrad region for Russian goods included in the EU's fourth sanctions package. This decision has caused a storm of indignation and veiled threats in Russia. How serious is the situation?
22.06.2022. BLBens Latkovskis 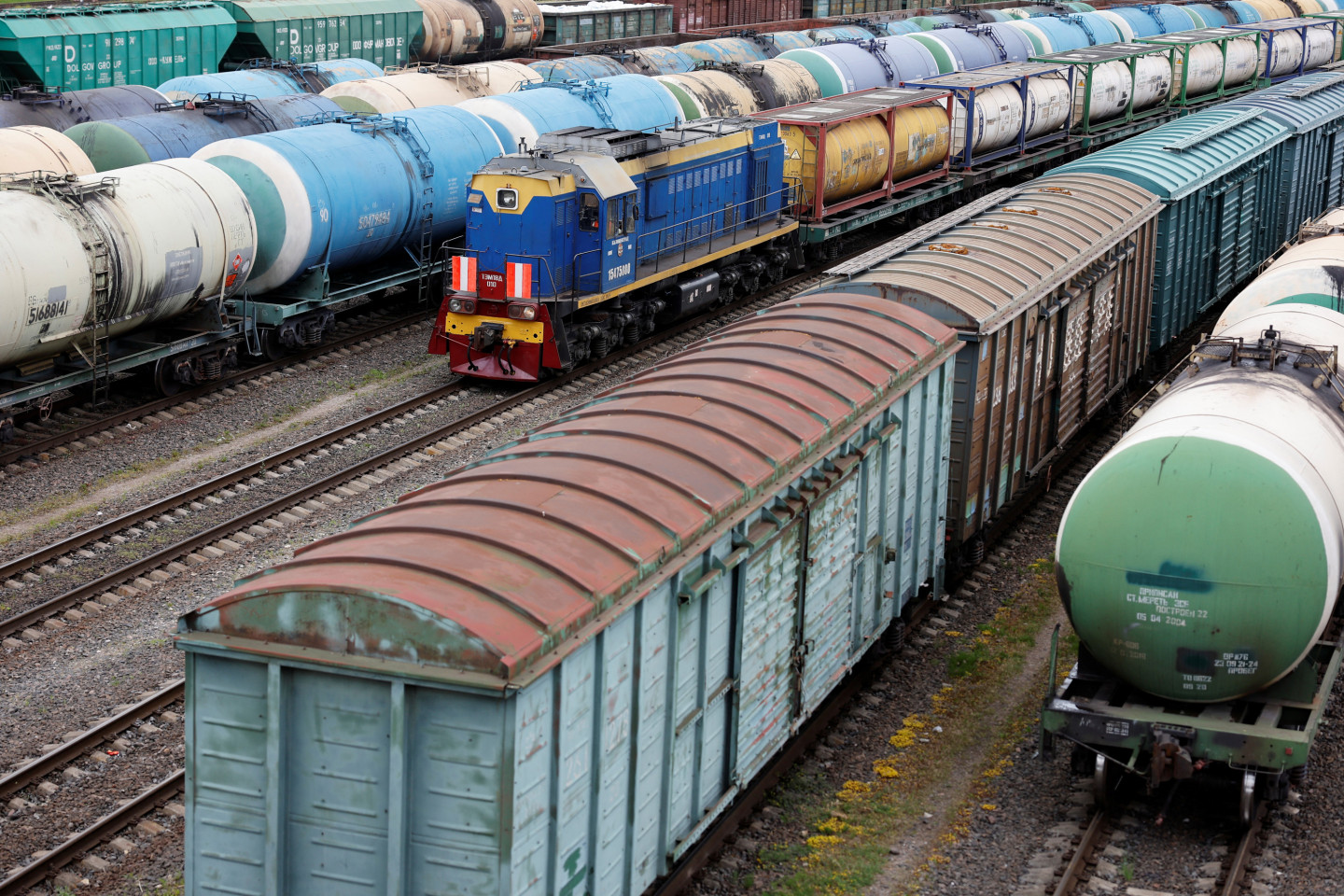 The EU's fourth sanctions package was adopted on March 15 this year and lists goods whose import from Russia to the EU is banned. All the goods listed were given a transitional period in order to comply with agreements concluded in the past. For steel and steel products, this transitional period expired on June 17; imports of cement, alcohol and other products are banned from July 10, coal and other solid fuels from August 10, and Russian oil from December 5.

The situation with rail transit through Lithuania has not come out of a clear blue sky. Soon after the EU sanctions were adopted, the Lithuanian railway company LTG Kargo informed its partners in Kaliningrad that many goods would be banned from passing through Lithuania. There is therefore no reason to shout hysterically (as Kremlin propagandists do) that the decision is unexpected and unlawful.

Even more. The Lithuanian Foreign Minister, Gabrielius Landsbergis, has made it clear that this Lithuanian decision has been coordinated with the relevant EU institutions and is, in fact, not a Lithuanian decision but an EU decision. Russia is turning a deaf ear to these explanations, and all its indignation is being directed directly at Lithuania. Brussels is being asked to “bring Vilnius to its senses”, “otherwise we will consider that our hands are untied and we will deal with the issue ourselves”. This statement was made by Andrey Klimov, Chairman of the Committee for the Protection of State Sovereignty and Prevention of Interference in Russia's Internal Affairs of the Russian Federation Council.

"If the EU does not immediately correct the shameless move by Vilnius, it will render illegitimate for us all those documents which certify Lithuania's membership of the EU and will open its hands to solve the transit problems of Kaliningrad created by Lithuania by any method we choose," Klimov's statement reads.

The Russian Foreign Ministry's statement was similar in content: "In this regard, we announce that if in the near future cargo transit between the Kaliningrad region and the rest of the Russian Federation is not restored in full, Russia reserves the right to act in defense of its national interests."

Threatening to take action and “untying the hands” for whatever method we choose to deal with this “shameless move” sounds rather ominous. I have written recently that the proposal tabled by Yevgeny Fyodorov, a member of the Russian State Duma, to annul the act of recognition of Lithuanian independence adopted by the USSR Council of State on September 6, 1991, should be taken much more seriously than just another move by a "weirdo" member of parliament.

Just these days, the influential Politico published a lengthy article with the significant title “The most dangerous place on earth”, in which the 70-kilometre-long Polish-Lithuanian border zone, the so-called Suwalki Corridor, connecting the EU and NATO parts of central Europe with the Baltic States, and separating the Kaliningrad enclave from Belarus, effectively occupied by Russia, was declared to be such a place.

Given that, from the point of view of international law, the Kaliningrad region's belonging to Russia is in no way questioned, the problem of transit of goods to this enclave becomes extremely sensitive. To put it more correctly, it is very easy to use it as a pretext for other actions. If Russia wanted to attack Lithuania as it did Ukraine, it would not be very difficult for Russia to provoke a formal pretext. The question is therefore not what Lithuania has or has not done, but whether Putin is prepared to take the risk of launching any military action against a NATO member?

While Russian propaganda channels continue to run endless self-motivating shows telling themselves that they can sink the British Isles, the American continent, not to mention microstates like Lithuania, the reality of the hostilities in Ukraine shows otherwise. One of the main revelations of the Ukrainian war is the unexpectedly low combat capability of the Russian armed forces. Even concentrated on a very narrow front - the Izium, Severodonetsk, Popasna arc - the tactical (not to mention strategic) success of the Russian army has been less than modest.

With the Russian offensive in the Donbas apparently faltering, would the Kremlin be prepared for a new military offensive against NATO member Lithuania? One of the most dispassionate and pragmatic commentators, Vladislav Inozemtsev, PhD in economics, answers this question with a high probability: no. Russia does not currently have the spare military resources to engage in a war with NATO.

Inozemtsev refers to the destruction of the so-called Wagner Group in Syria's Deir ez-Zur province, when on February 7, 2018, the US air force literally destroyed around 200 Wagnerites, while Russia pretended that nothing had happened (we have nothing to do with the Wagnerites). According to Inozemtsev, NATO's combat capabilities are sufficient to destroy the Russian army in a similar way in a matter of weeks. That may be so, but the question is another: would NATO (read: the US) be prepared for a full-scale (albeit conventional) war with Russia, which has repeated time and again that in the event of an existential threat it will be forced to use strategic nuclear weapons, with all the consequences that this entails?

Does Putin understand this? Inozemtsev is sure that Putin is well aware that he cannot fight NATO, so the fuss about Russian transit restrictions in Lithuania will be loud saber-rattling, but it will not come to physical contact. They’ll make some noise and that’s it.

It is very possible that it will, but it cannot be ruled out that the EU will find some legally formal reason to consider that the transit of Russian goods to Kaliningrad does not count as a violation of sanctions and will ask Lithuania to comply with Russia's demands. On the one hand, this would remove the pretext for an escalation of the conflict, but on the other hand it would allow the Kremlin to believe that Europe has again "bowed down" and demonstrated its usual cowardice, with new demands in the near future.

In any case, sooner or later the West will have to make Putin understand that our patience is wearing thin. If you want to go to war so badly, we are ready, just like Ukraine on February 24 this year. We are not going to make any more concessions to your nuclear blackmail. That Putin can only be stopped by a firm stance, not by concessions and pleas to “stop doing that”, is gradually becoming the mainstream view of the political class, no matter what the various Kissingers say. But this position is the surest guarantee that Putin will do nothing more than saber-rattling.