The war between Germany and the USSR, which began on June 22, 1941, was not our war. Ours was the war of Latvian partisans against any occupier

"There was no resistance", say almost all historians who analyze the events of 1940 in Latvia. In the early hours of June 15, 1940, special units of the USSR's internal affairs troops attacked three border posts in eastern Latvia, killing three border guards, a border guard's wife and son, while ten border guards and 27 civilians were captured and taken away. The occupation of the Republic of Latvia began.
22.06.2022. Elita Veidemane 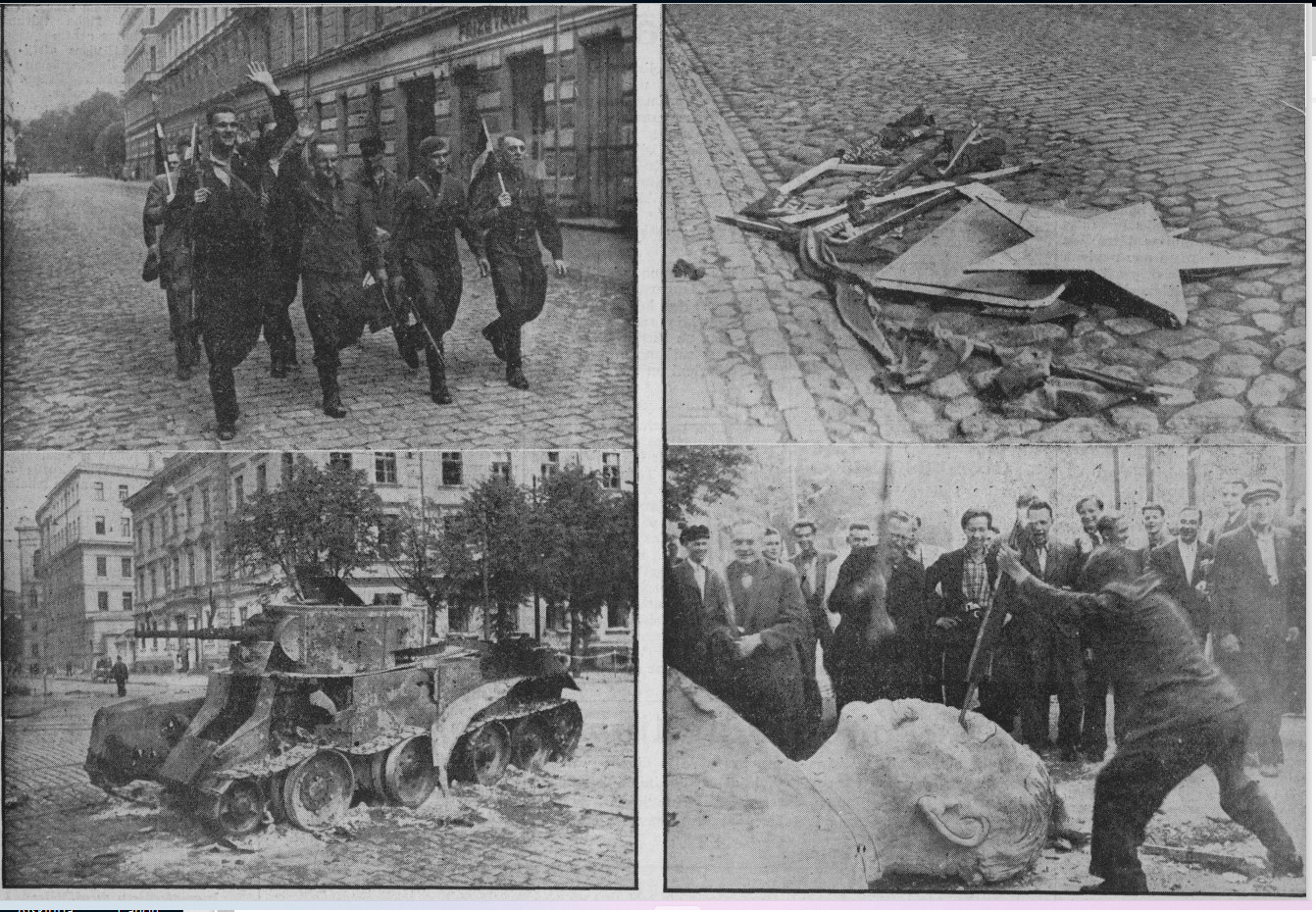 On June 16, the Republic of Latvia received an ultimatum from the USSR demanding the resignation of the Latvian government and the admission of unlimited numbers of USSR troops into Latvian territory. On June 17, the Red Army's 121st and 126th Rifle Divisions and tank brigades entered Latvia.

Resistance to the occupiers did not begin immediately, as people obeyed calls for peace, although there was little clarity. But then news of the repressed, the deported and the disappeared began to spread. In 1940/41, 26,000 Latvians were arrested, killed and repressed. Mass murders, organized by the Russian occupiers, took place in Baltezers, Stopiņi, Katlakalns, Dreiliņi, Riga Central Prison... Many officers and soldiers of the Latvian army were killed in Litene.

"Political repression against the Latvian population began immediately after June 17," historian Uldis Neiburgs once wrote. The Russian occupation authorities arrested 3,353 people in Latvia, most of them Republic of Latvia officials. The absurd charges were based on Article 58 of the Criminal Code of the RSFSR, which punished "counter-revolutionary crimes" and "treason against the homeland". Apparently, the Russian occupiers had long considered the Republic of Latvia to be their "homeland"...

At the same time, private property was nationalized (read: looted), with industrial and commercial enterprises, banks, tenements, hotels, hospitals, pharmacies being expropriated without compensation. The nationalization (looting) was completed by the Russian occupiers at the beginning of 1941.

The resistance movement of 1940/41 was spontaneous and not only individual but also organized. At that time, the two regimes (Stalin's and Hitler's) - alternating between them - were particularly cruel to those who tried to resist them.

Uldis Neiburgs wrote (IR): "The resistance movement actively involved school youth. On May 13, 1941, a joint action organized by the school youth took place, when around 5,000 anti-Soviet slogans were distributed simultaneously in Riga, Jelgava, Cēsis, Bauska and other towns. Due to the lack of experience in illegal activities and the effectiveness of the methods of the Soviet security authorities, most of the members of the resistance movement were arrested and sentenced to death or several years in prison camps in remote areas of the USSR, from where only a few returned to their homeland.

The history of the resistance movement in this period has so far been studied in depth in the context of the activities of some illegal underground organizations (Latvian National Legion, Tēvijas sargi, etc.) and has also been highlighted in the identification of victims of Soviet repression in 1940-1941, but the names of these first participants in the resistance movement are not sufficiently known in the wider public consciousness.

This fact apparently serves as a basis for the fact that the national partisan struggles of the summer of 1941 are not sufficiently appreciated in contemporary historical research and in the collective memory of society and are often mistakenly confused with the activities of self-defense units, whose aims, tasks and activities were different."

Within a year of the beginning of the Russian occupation, a national resistance movement with several organizations was formed, the weapons of their activity being the sabotage of the orders of the occupation authorities, the dissemination of illegal summons and the comprehensive preparation for the armed struggle for the restoration of Latvia's independence. The formation of such organizations was based on the dislike of the majority of the people against the Soviet power, its lies and cruelty.

Before the Red Army retreated to the USSR in June 1941, Latvian partisan units began fighting the Russians in an attempt to prevent the deportation of the Latvian population and the export of material and art treasures to the USSR. The guerrilla war claimed the lives of several hundred fighters, but the Latvian partisans managed to destroy around 800 Russian soldiers and take as prisoners around 1,500 members of the occupying armed formations, including collaborators.

Today, on June 22, we remember the members of the Latvian resistance movement who were the first to confront the Russian invaders in 1941. The resistance movement, which began on June 22 and continued after the outbreak of the war between Germany and the USSR, is the most important event to commemorate. Because a war between two totalitarian powers is not our war. Ours is the one launched by the national forces, resisting first the Russian power, then the German power.