Unlike in the Saeima elections, where the seats of deputies have a fairly high chance of gaining new blood that have not managed to dirty themselves and promise voters what they want, in these municipal elections people mostly voted for candidates they know, including current or former mayors.
07.06.2021. Ilze Šteinfelde 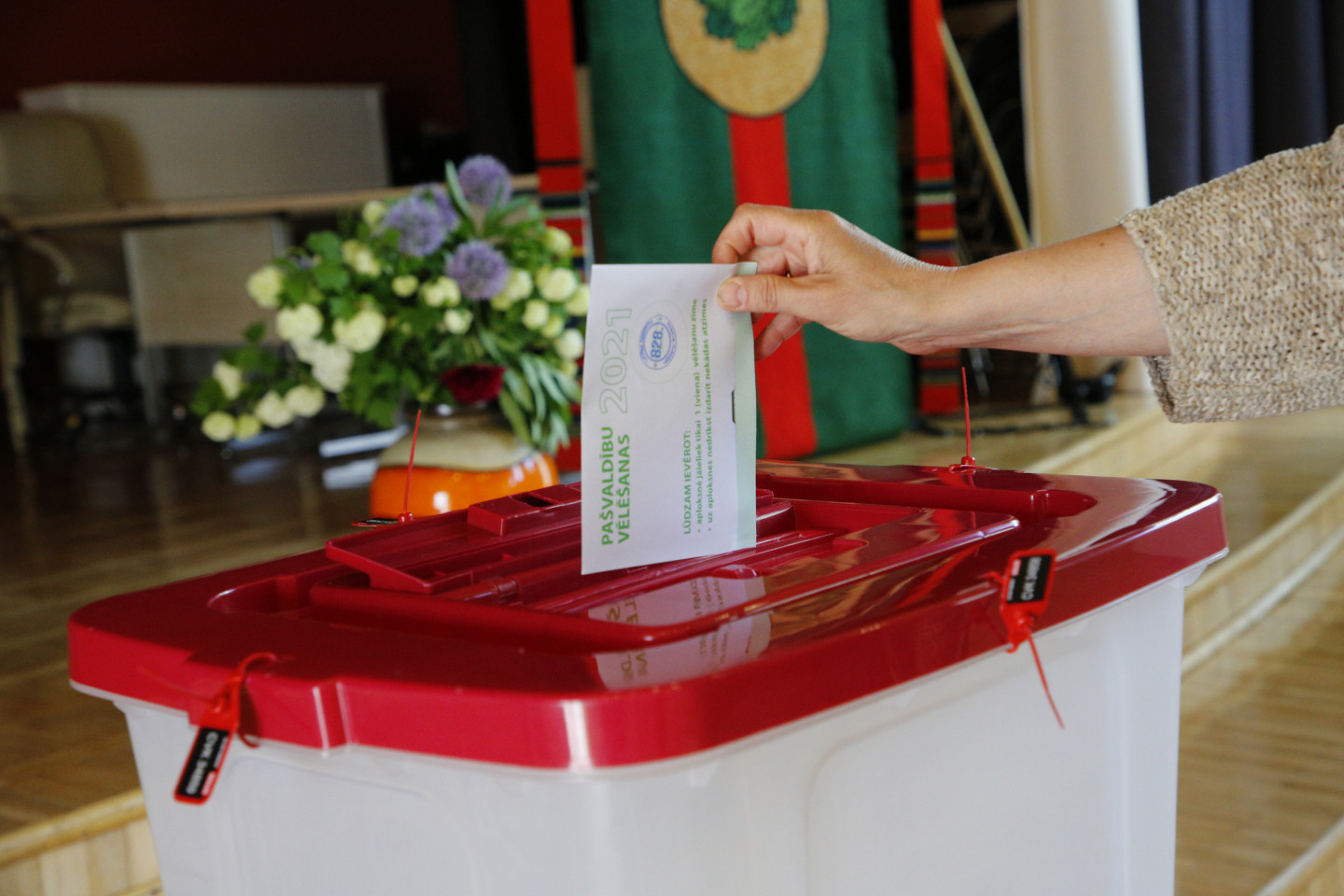 Protest against the reform

Despite the fact that in these municipal elections, eligible voters could vote in any polling station within their municipality or city, and in two municipalities - Ādaži and Jēkabpils - voting could be done without even getting out of the car, the turnout was extremely low. Only 34 percent of voters participated in the election. The situation was not saved even by the opportunity for Rigans to participate in these elections, even if they had cast their ballots in the Riga City Council extraordinary elections, which took place in August 2020. Politicians mostly explained the sluggishness of the population with the beautiful sunny weather, which motivated them to go to nature instead of visiting the polling station. Political scientists tend to explain the inertia of the electorate with the dissatisfaction of the population with the administrative-territorial reform. Neatkarīgā also made sure of this when visiting Auce on election day. "There is no one to vote for - all the lists are full of people from Dobele, none of whom we know. We could count maybe three people from Auce in the list of candidates,” people from Auce revealed to Neatkarīgā, while diligently working in their gardens and having no plans to go to the polling station. In Dobele, 129 candidates from six lists competed for seats in the City Council.

Several Neatkarīgā readers asked what percentage of the population needed to vote for the municipal elections to be considered valid. Some didn't hide their hope of a failed election to force politicians to change something in the reform.

Neatkarīgā explains that, unlike the Saeima elections, the municipal elections do not specify a minimum number of voters for the elections to be considered valid. The leadership of the new municipalities and cities of national importance will be elected even if a record low number of voters comes to these elections. For example, only 40.6 percent of eligible voters participated in the Riga City Council extraordinary elections last year.

The most well-known people win

In the big cities, the municipal elections did not bring any surprises. In Liepāja, the Liepāja party (Liepājas partija) list won the highest voter trust, in Ventspils - For Latvia and Ventspils (Latvijai un Ventspilij), in Daugavpils - Harmony (Saskaņa), in Jelgava - Union of Greens and Farmers (Zaļo un zemnieku savienība, ZZS), in Jūrmala - ZZS, in Rēzekne - Harmony. At the top of this list are deputies with experience in working in the municipality.

In Liepāja, Liepāja party won with 41%, the first number on the list being the former Deputy Chairman of Liepāja City Council Gunārs Asniņš. (He received 2462 pluses and 179 minuses from Liepāja residents). The party of the current Liepāja Mayor Jānis Vilnītis, Latvian Regional Alliance (Latvijas Reģionu apvienība), won 31%, but Harmony - 12%. J. Vilnītis had 2048 pluses and 77 minuses, according to the results compiled by the Central Election Commission. Consequently, the Liepāja party, which received the most support in Liepāja, managed to obtain six seats, and the Latvian Regional Alliance - five seats.

In Ventspils, 54% of voters chose For Latvia and Ventspils, 15% - the joint list of New Unity and Latvian Regional Alliance, 12% - For Latvia's Development (Latvijas attīstībai). The five percent barrier has also been overcome by the New Conservative Party (Jaunā konservatīvā partija, JKP), which was voted for by 7.31% of voters, as well as National Alliance (Nacionālā apvienība) with 6.56%.

The New Conservative Party and the National Alliance have each won one mandate.

In Jelgava, the Union of Greens and Farmers (ZZS) has won convincingly, which 32% of Jelgava residents considered the best choice. At the top of the list is the long-time mayor of the city Andris Rāviņš. New Unity in Jelgava had about 14% supporters, National Alliance (All For Latvia! - For Fatherland and Freedom/LNNK) - about 13%.

ZZS won six seats. National Alliance (All For Latvia! - For Fatherland and Freedom/LNNK), New Unity and Movement For! (Kustība “Par!”) each won two seats in these elections. Latvian Russian Union (Latvijas Krievu savienība), Harmony and Latvian Regional Alliance have won one mandate each.

In Jūrmala ZZS won, represented by City Mayor Gatis Truksnis, having received 50.56% of votes. This let the party get 8 seats in Jūrmala City Council. National Alliance (All For Latvia! - For Fatherland and Freedom/LNNK) received 11.67%. Harmony has entered the Jūrmala City Council with the support of 9.72% of voters. The party For You, Jūrmala (Tev, Jūrmala) received 9.32%. The combined list of New Unity/Movement For! - 5.21%. Accordingly, these lists have gained only one or two seats in the city council.

In Rēzekne, the party Harmony won a total of eight deputies' seats (support from 63% voters), and a mandate will be received by the former Chairman of the Council Aleksandrs Bartaševičs, as well as several previous deputies - Aleksejs Grehovs, Vladimirs Bogdanovs, Aleksejs Stecs, Lidija Ostapceva, Olga Strode and Aleksandrs Irišins.

The joint list, which consists of Latgale Party, National Alliance (All For Latvia! - For Fatherland and Freedom/LNNK), Latvian Green Party (Latvijas Zaļā partija), New Unity and Latvian Regional Alliance, received 19%, thus 3 current municipal deputies won the mandate. There are also three seats in Rēzekne City Council for the list of Progressives (Progresīvie), while JKP has only one seat.