Arab Spring is over. How will this affect democracy in the world and sustainability of Kariņš' rule?

The events of the last days in Tunisia makes me think about the future of democracy in the world and in Latvia. It was in this North African country that the self-immolation of the street vendor Mohamed Bouazizi in December 2010 began what was later called the Arab Spring. Now, more than a decade later, this "spring" is over in Tunisia. The last Arab country to maintain democracy has abandoned it like a worn dress.
29.07.2021. BLBens Latkovskis 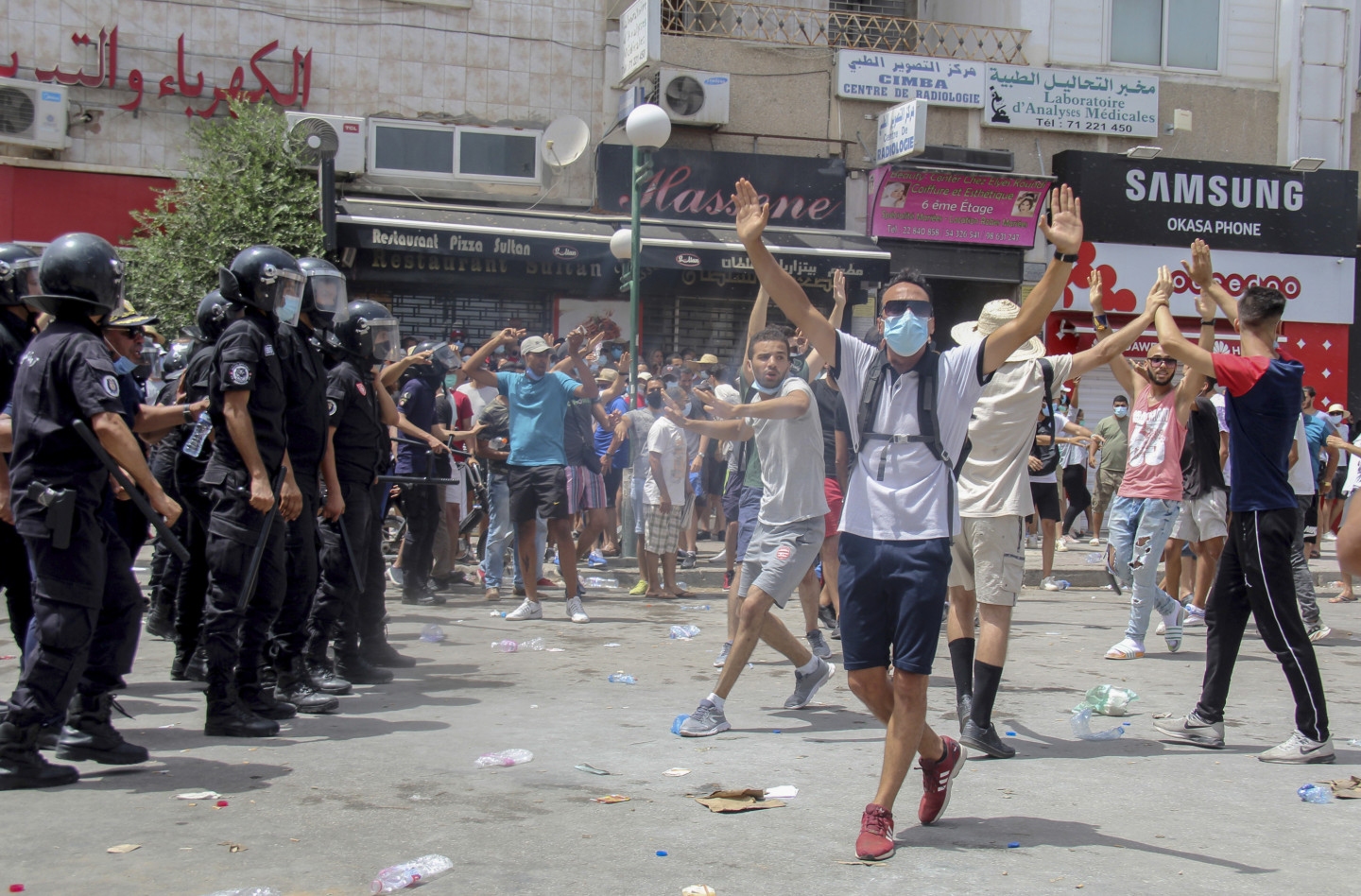 People are very eager to "follow the new order", as evidenced by the joyful crowd in the Tunisian capital ©Scanpix

On July 25 this year, Tunisian President Kais Saied, elected two years ago, dismissed the local parliament and introduced a curfew. Saied justified this action with the need to maintain stability and sovereignty in the country. Whatever the real reasons for this actual coup, the people generally supported the development of such events. About 10,000 Tunisians took to the streets of the capital to support the new order, according to Reuters, while only a few hundred responded to the call of the ousted Prime Minister Hisham al-Mashishi to take to the streets and defend the benefits of democracy. According to a 2019 study by the Pew Research Center, only 27% of Tunisians believe that living in the new, democratic environment has made their life better. Nine governments have changed in Tunisia since 2011, and practice shows that people do not like frequent changes of power. The United States and Germany have expressed concern about the situation, but have not condemned it or called it a coup.

This anti-democratic end to the Arab Spring raises concerns about the future of democracy. We can remember Winston Churchill, who once dared to sneer that democracy is undoubtedly a useless form of public administration, but nothing better has been invented. Closer to the present day, Francis Fukuyama brought this Churchill thesis to its logical conclusion - the end of history. Liberal democracy is the highest and final achievement of civilization, after which there is nothing further. Just like beyond the universe. Today, not only the world's leading political scientists, but also Fukuyama himself admits his former naivety and the harsh truth that the development of civilization is not linearly predictable.

It also turns out that democracy, which, one might think, is the most human-friendly and acceptable system, can be rejected by society and not accepted. If in China, after the events of May 1989 in Tiananmen Square, the government itself gave up the democratization of the country in a rather brutal way, then in Russia it happened with more or less public support. In my opinion, the “innate” democracy of Latvian society is also greatly exaggerated. I remember perfectly well the speech of Prime Minister Andris Šķēle on Latvian Radio in 1996, when he turned with such undisguised anger against, in his opinion, the Saeima that only knew how to talk empty words, which was slowing down his good intentions, that it seemed that the brave "guards" would be taken to the streets the next night and the Saeima would be removed. Only Latvia's desire to integrate into Europe and the general mood of the time deterred Šķēle from what the President of Tunisia, Saied, had now done. It is clear that if Latvia were a lonely island in the ocean, democracy would not last there for even a week.

Current global trends also organically include the development of political events in Latvia. What am I talking about? Ten years ago, it was almost rude to talk about threats to democracy. Yes, dictators of different caliber appear from time to time in different parts of the world, but in leading democracies, there is no evidence of erosion of the existing system. The situation changed significantly after Donald Trump's victory in the 2016 US presidential election. The democratic society (the political class and the mainstream media) in the United States and the rest of the world has deliberately or unknowingly decided that democracy can also be slightly curtailed for good and societal purposes. Just a little bit.

Unfortunately, democracy is not the basic organic state of society, in which it automatically finds itself when allowed to develop in its own right. Democracy is a system that must be specially designed and adhered to in principle. Deviations from it - just a little bit - are essentially similar to an alcoholic's exceptions - just a little, just one glass. And we know how such exceptions usually end.

Deviations from democracy begin with deviations in the mainstream media and the judiciary. Although the US media had already lost political "innocence" before Trump and had set out its political orientation relatively clearly, after 2016 they completely abandoned any portrayal of objectivity. The central task was to overthrow Trump at all costs. So you can only say something bad about him or nothing at all. For his opponents, on the contrary - only good or nothing. The most important question was - will the media be able to return to "normalcy" after Trump has left the political scene?

So far, everything shows that the processes have gone in an irreversible drift to the left, and no one is particularly trying to formally comply with the former standards of objectivity. Similar processes are taking place in the judicial system that is becoming increasingly politicized, following the aforementioned drift. The attacks on conservative Supreme Court Justice Brett Kavanaugh have resumed, who was approved by the Senate in 2018 despite the hysteria against him.

All these processes do not take place in an isolated room. A similar picture is observed in Latvia. For economic reasons, relatively generously funded social media and media projects funded from various EU funds with a strong "preparation" function are gaining more and more influence. In the specific circumstances of Latvia, this means additional support for the ruling political class, embodied by Kariņš and his government.

The fight against the pandemic does not increase respect for the basic principles of democracy either. On the contrary. Covid allows any power (not just ours) to legally restrict democracy, freedom of expression, freedom of movement, control over the use of resources. As unpleasant as it may be to admit it, people are very happy to allow themselves to "follow the new order", as evidenced by the joyous crowd in the central square of the Tunisian capital. Covid only helps to strengthen authoritarian tendencies, with the applause of seemingly democratically-minded people, after all, They would rather have Kariņš, than Gobzems, Šlesers or Šķēle. Rather have Putin than Zyuganov or Zhirinovsky. Hard logic. Ironclad. So Kariņš and his fans can sleep peacefully. Until 2036. As in Russia.

Comment
The latest attempt to stop the 40 million restitution
Jānis Lasmanis
The alternative foreign policy of local governments will be restricted
Jānis Lasmanis
Firefighter: Every new government should be thrown into a bunker to study
Jānis Lasmanis
MP Regīna Ločmele: Looks like someone wants to ban news in Russian
Jānis Lasmanis
Prolonging Kariņš's government requires maintaining tensions in society for as long as possible
BLBens Latkovskis
MP Gobzems will have to answer for pinning the Star of David on his chest
Jānis Lasmanis