With an overwhelming majority, the Saeima on Thursday not only submitted the bill for consideration by the committees, which provides for the payment of 40 million euros in compensation to the Jewish community, but also approved it in the first reading. The only consolation for the National Alliance (Nacionālā apvienība), which is the only political force that does not support this bill, was that the deadline for submitting proposals was significantly extended.
01.10.2021. Jānis Lasmanis 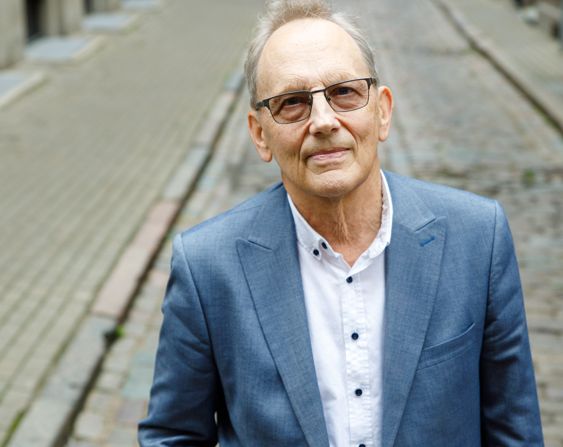 The debate on the bill looked like an examination of issues to which only the opposition objects. Namely, in order not to uselessly waste the time of the Saeima sitting, the supporters of the draft law practically did not participate in the debate. The only representative from this flank was Jānis Butāns, representing the New Conservative Party (Jaunā konservatīvā partija). He explained the purpose of the bill and assumed that opponents of the bill might be concerned that funds allocated to the Jewish community over several years would be misappropriated or even stolen.

"Maybe someone still thinks like in the nineties, thinks that something will be stolen. I don't think so anymore. Time has passed, time has passed and we have changed,” said the MP, bringing a smile to the faces of many people's representatives.

Representatives of the National Alliance had worked very hard on convincing their most undecided colleagues. Jānis Dombrava had researched the organization of the Jewish community that would be entrusted with spending taxpayers' money.

"The money is to be given to people who, incidentally, have also been identified by the United States as complicit in money laundering. In money laundering, which our Prime Minister fiercely fought against a few years ago, and so did the Minister of Finance,”

the MP said, referring to the former executives of AB Bank who are active members of the community.

Aleksandrs Kiršteins (pictured) pointed out that the Latvian Jewish community after two world wars is mostly made up of Jewish people who came from the Soviet Union and, according to the MP, have no right to compensation.

The MP also reminded that since the restoration of its independence, the Latvian state has supported the Jewish community and given it many properties, as well as financed various activities.

"Representatives of the community have not been able to answer the question of how much the state has paid to the Jewish community in 30 years, how much Germany has already paid for these properties, or whether it can receive, for example, two compensations for the same property, if in the latter case the compensation is called an act of good faith. We did not receive an answer," said A. Kiršteins.

What did we really promise the Jewish people in the United States?

Didzis Šmits, who does not belong to political groups, is among the hesitant MPs who might change their position during the discussion of the bill, but supported it at the first reading.

He reminded that on the way to joining NATO, leaders and the diplomatic corps had promised much to our strategic partner, the United States, and its influential Jewish community in exchange for joining the alliance. He hoped that before the bill was approved at second reading, a competent official would tell him exactly what had been promised and whether we have kept these promises.

"Until this second reading I want, and I hope that you all want the same, to hear a closed or open report from the Latvian government on all our promises, on this 20-year history. Only then can we decide objectively,” said D. Šmits.

These speeches did not affect the outcome of the vote in any way. An overwhelming majority of all parties represented in the Saeima voted in favor of moving the draft law further. Only the National Alliance and three non-attached Members voted against. However, six Members did not take part in the vote. Including the Speaker of the Saeima Ināra Mūrniece, who due to her position was probably not allowed to support her party members in the National Alliance.

Comment
The opposition is only warming up in the fights for budget lines
Jānis Lasmanis
Based on the Dobele precedent, dozens of criminal proceedings must be initiated against the ruling coalition immediately!
MKMāris Krautmanis
Latvia will reproach Russia for electoral fraud
Jānis Lasmanis
The latest attempt to stop the 40 million restitution
Jānis Lasmanis
The alternative foreign policy of local governments will be restricted
Jānis Lasmanis
Firefighter: Every new government should be thrown into a bunker to study
Jānis Lasmanis