Based on the Dobele precedent, dozens of criminal proceedings must be initiated against the ruling coalition immediately!

The Corruption Prevention and Combating Bureau (KNAB) has initiated criminal proceedings for bribery against two Saeima Members in connection with “political trading” for the distribution of positions in Dobele municipality, where the leadership of the council has just changed.
11.10.2021. MKMāris Krautmanis 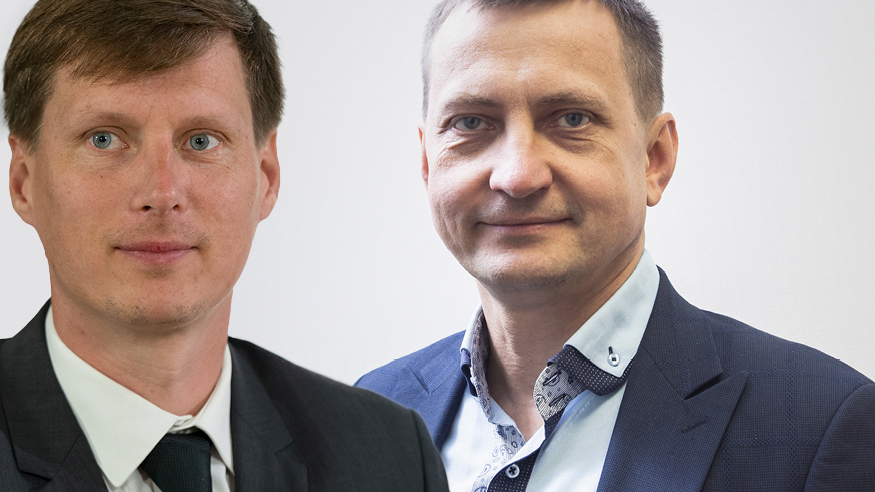 Criminal proceedings have been initiated against the Saeima Member, former Minister of Economics Ralfs Nemiro from the Independent (Neatkarīgie) faction and a member of the Greens and Farmers Union (Zaļo un zemnieku savienība, ZZS) faction, whose name has not yet been officially announced.

In order to achieve a change of power in Dobele, Nemiro arrived at the premises of the ZZS Saeima faction to meet with Members Viktors Valainis and Uldis Augulis with his assistant and Dobele councilor Māris Feldmanis. It was he who had the decisive voice in changing power. After negotiations, Ivars Gorskis, a representative of ZZS, was elected mayor in Dobele, while Feldmanis became vice mayor.

What are you accused of?

I cannot comment on any specific events, because KNAB has sealed all of our mouths in the framework of this criminal proceeding. But I can talk in general terms: all the political processes that are taking place in our country, both at the highest and local level, are taking place at the discussion table, with the involved people talking about it in advance. Everyone knows this, the public is aware of it. If we talk about the election of officials, then there have been talks about the election of the President, the formation of a coalition and the post of Prime Minister, as well as the appointment of the KNAB chief, the appointment of the Prosecutor General. How is it a bribe, trade or something like that? In my opinion, this thing is absolutely fabricated, absurd, perhaps also to divert attention from some other problems. What does KNAB even do? We see that a fine of 100 euros is imposed on a gravedigger, but when it is necessary to investigate how masks have been purchased at such inadequate prices, then it turns out that everything is fine there.

It's hard to add anything here. Is the political process taking place in any other way? There have been discussions about positions and power for years, but here the negotiations on the formation of a coalition in Dobele are suddenly considered by the KNAB to be bribery. Promises given to voters can only be fulfilled through a position - whether it is the Saeima or a local government. This can only be done by a person, and in addition, a person who has been given the popular mandate.

Has money been mentioned in the negotiations - buying or selling positions?

Absolutely no, nothing like that. Talks about positions take place between different parties, factions, between different people who are related to parties - I do not understand where is the crime? In addition, the talks took place in the Saeima building, but not in some forest, sauna or cafe. Where can you meet even more openly to negotiate? This is an amazing absurdity.

ZZS and the Latvian Farmers' Union (Latvijas Zemnieku savienība, LZS) are also involved in the case. That is why Neatkarīgā asked some questions to the chairman of LZS Armands Krauze.

Is everything all right in the party?

Everything is fine for us in the party - we are preparing for the elections. We are working hard in municipalities where we have gained a lot of voter support, including in Dobele, where we have obtained the position of mayor. We are feeling positive.

There is also the incomprehensible mess that KNAB has just introduced, treating the laws in a very strange way - this is a huge farce on the part of KNAB. It may also be a political order from the ruling coalition to the Corruption Prevention and Combating Bureau.

Criminal proceedings have been initiated against Ralfs Nemiro and one of the ZZS Saeima Members. If it is about the fact that there have been negotiations on the formation of a coalition in Dobele municipality and potential candidates for positions, then the whole government of Krišjānis Kariņš (JV) is a den of bribery. And they have also talked about positions somewhere mysteriously in Sigulda and somewhere else that could not be clearly understood, either at Raivis Dzintars' home or at Latkovskis'.

Therefore, I am currently preparing an application to the KNAB for the bureau to evaluate possible bribery in the formation of the Kariņš government.

KNAB also needs to pay attention to another case. How can Egils Levits' conversations with Development/For! (Attīstībai/Par!, AP) politicians be evaluated, where he said that if the AP does not support Kucina for the position in the Constitutional Court, he will speak badly about the AP? There may be bribery or other acts to which the relevant articles of the Criminal Law apply. These two cases must definitely be considered by the KNAB.

KNAB has led its activities in relation to the Latvian political process to complete absurdity. Coalition talks are taking place in Germany, Austria, and France, they have always taken place wherever one political force is not absolutely dominant. And positions have been negotiated completely everywhere in the world since the dawn of civilization. But the KNAB interprets coalition talks in Dobele in this way.