Being dissatisfied with the President's actions, Didzis Šmits, a member of the Saeima opposition, has decided to initiate a procedure that is doomed to failure - the dismissal of the country's top official. The process would require 50 signatures to reach even a vote, but it is already safe to predict that the collection of signatures will not reach this number.
23.11.2021. Jānis Lasmanis 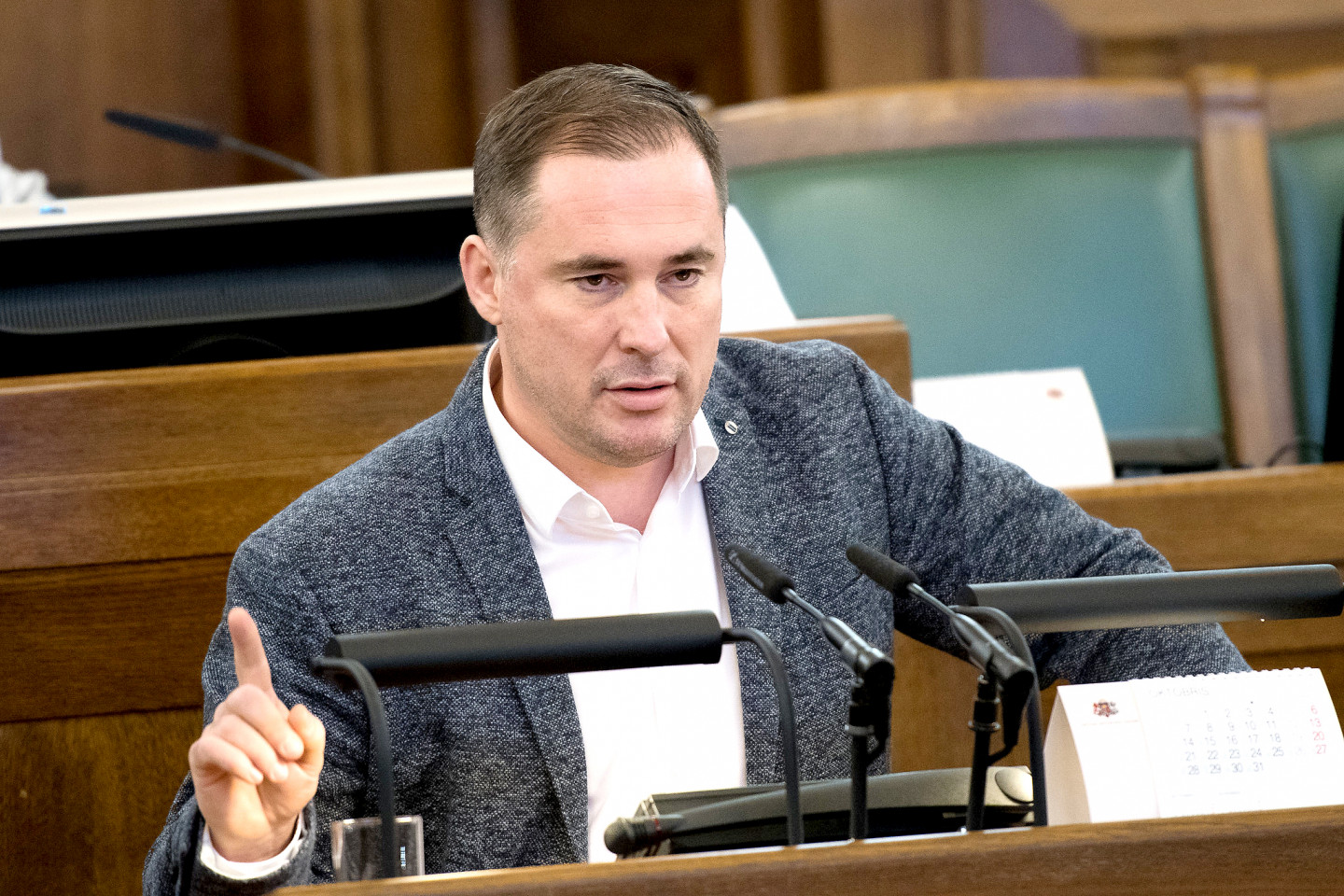 "Everyone is either suitable or unsuitable for a post. I don't think it's really debatable anymore that Mr Levits is not fit for the job," says Šmits, who admits that he is surprised that E. Levits has proved to be unfit for the post of President of Latvia.

Explaining why he believes that E. Levits should be dismissed from his high office, D. Šmits says that he has become "the clown of the nation", who is more often ridiculed than listened to. Even during the pandemic, E. Levits has failed to take on the role of head of state and inspire the population to fight the virus.

However, the main reason for this decision by D. Šmits is that E. Levits, with his silence, has supported the decision of the majority of the Saeima, which prevents unvaccinated Members of the Saeima from fully participating in the work of the Saeima. D. Šmits believes that this violates the basic law of the country, of which the President is supposed to be the guardian.

Therefore, D. Šmits will soon start collecting signatures for the Saeima to vote on the dismissal of E. Levits.

Ringolds Balodis, Head of the Legal Science Research Institute, also agrees that this law will cause problems if Covid-19 does not end as the coalition had planned. He believes that such a ban is not only unconstitutional but could also cause problems for those who wish to run for the 14th Saeima elections. Namely, to be elected is a right guaranteed by the Constitution, but the current procedure implies that a candidate who is not vaccinated will not be allowed to work even if he is elected. Moreover, this will unnecessarily waste the votes of voters who will have voted for candidates who have not been vaccinated and who have not recovered from Covid. However, the current version of the law provides for its expiry in the summer, a few months before the elections.

Article 51 of the Constitution provides that the Saeima shall meet in closed session to vote on the dismissal of the President if at least 50 members of the Saeima so request. The President is dismissed if at least two-thirds of the deputies, or 67 representatives of the people, vote in favor.

D.Šmits is unlikely to be able to collect this number of signatures, as 61 MPs voted in favor of Levits' candidacy for the post of President in 2019. Since 2019, the number of MPs forming the coalition has fallen, but so far no significant vote has given rise to speculation that it has fallen below the 50-seat mark.

Moreover, the largest opposition faction, Harmony (Saskaņa), does not intend to support this initiative. "I have a list of many newly-created and unfulfilled words that I've heard from the President that I don't really understand, and it makes me angry. His unquestioning defense of the government is also hard to understand. But - I did not vote for him and I did not sew the national flag, but both are equally important symbols. The President is the same flag, and it must be a very faded symbol to wash out the prestige of the country even more," says J. Urbanovičs.

But D. Šmits is not scared of failure. He knows that among the 61 MPs who elected E. Levits, there are representatives of the people who now recognize that their choice was wrong and say that they are exercising their right under the Constitution. "If I don't get the required number of signatures now, someone will get them in the next Saeima," he predicts.