Golubeva, supported by her party members, does not lose her post

There is no doubt that the ruling coalition in the Saeima did not take seriously the demanded resignation of Minister of the Interior Marija Golubeva by some opposition members, and that the politician's position was not threatened. However, even in this situation, the political force represented by the Minister demonstrated a political culture rarely seen in the Saeima.
17.12.2021. Jānis Lasmanis 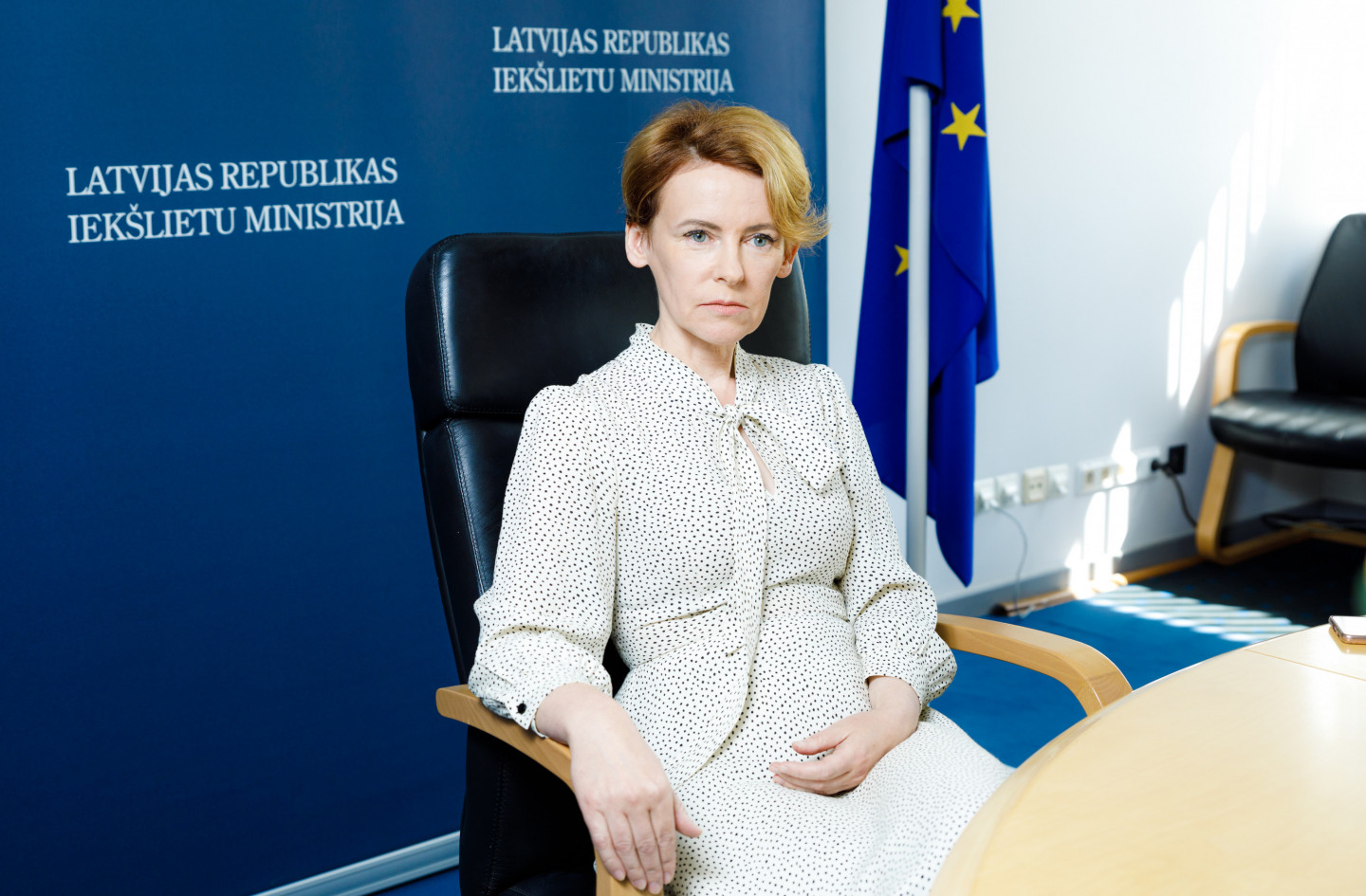 The vote about Golubeva's resignation once again showed that, despite internal conflicts, the coalition is able to mobilize and momentarily forget all differences in situations where the stability of the government may be threatened from the outside. The Minister's resignation was supported by only a handful of opposition MPs, who were powerless to achieve their goal against 52 coalition members.

This was not surprising, of course, but what was nice was the fact that the Minister of the Interior herself and her party member Juris Pūce, Chairman of the Saeima faction Development/For! (Attīstībai/Par!), defended her position with a short speech. Mostly, the opposition's resignation requests are not honored by the ministers' participation in the debates.

However, neither of the speeches showed that the resignation request was taken seriously. M. Golubeva only briefly stated that all accusations of alleged illegal detention of Aldis Gobzems during his political campaign "Rododendrs" would be investigated and she would personally acquaint herself with the results of the investigation.

She spent the rest of her speech thanking the services dealing with the problems caused by the pandemic and the aggravated situation on the Latvian-Belarusian border.

She also outlined the directions in which she will continue to work as Minister of the Interior. Hate speech crimes and improving the working conditions of the internal affairs services will remain her focus.

In his speech, J. Pūce expressed his conviction that the request for resignation signed by the opposition was "clearly self-serving" and that there was no doubt that the MP had to obey the law (in this case - the restrictions on assembly due to the epidemiological situation), regardless of what he thought about the law.

It has already been reported that last week, on Monday, A. Gobzems was detained by the police in Tukums, where he had arrived in his campaign bus to start the protest he promoted.

The MP was later released from the police station and two administrative offence proceedings were initially opened against him. One for disobeying the lawful demands of the officials and the other for violating the Law on Meetings, Processions, and Pickets.

He was also detained in Ventspils on the same day, and late in the evening, he was briefly detained in Liepāja, where another protest by the MP that was not officially authorized had taken place.

As explained by the Chief of the State Police Armands Ruks, there is no legal provision in Latvia that allows MPs to break the law unhindered and tolerates impunity. "There are no norms that would allow MPs to violate the law unhindered, i.e., in this case - to ignore the legal demands of the police to stop an administrative offence," the Chief of the State Police emphasized. This opinion is not shared by part of the opposition, which believes that the detention of an MP without the authorization of the Saeima is permissible only if he commits a criminal offence.