The government's decision to reduce certain epidemiological restrictions for the year-end holidays, opening up more opportunities for gatherings in shops, entertainment venues and churches, has left President Egils Levits puzzled and prompted him to criticize the ruling coalition's decision. The majority of the Saeima, which reaffirmed the government's decision on Wednesday, is of the opposite opinion.
23.12.2021. Jānis Lasmanis 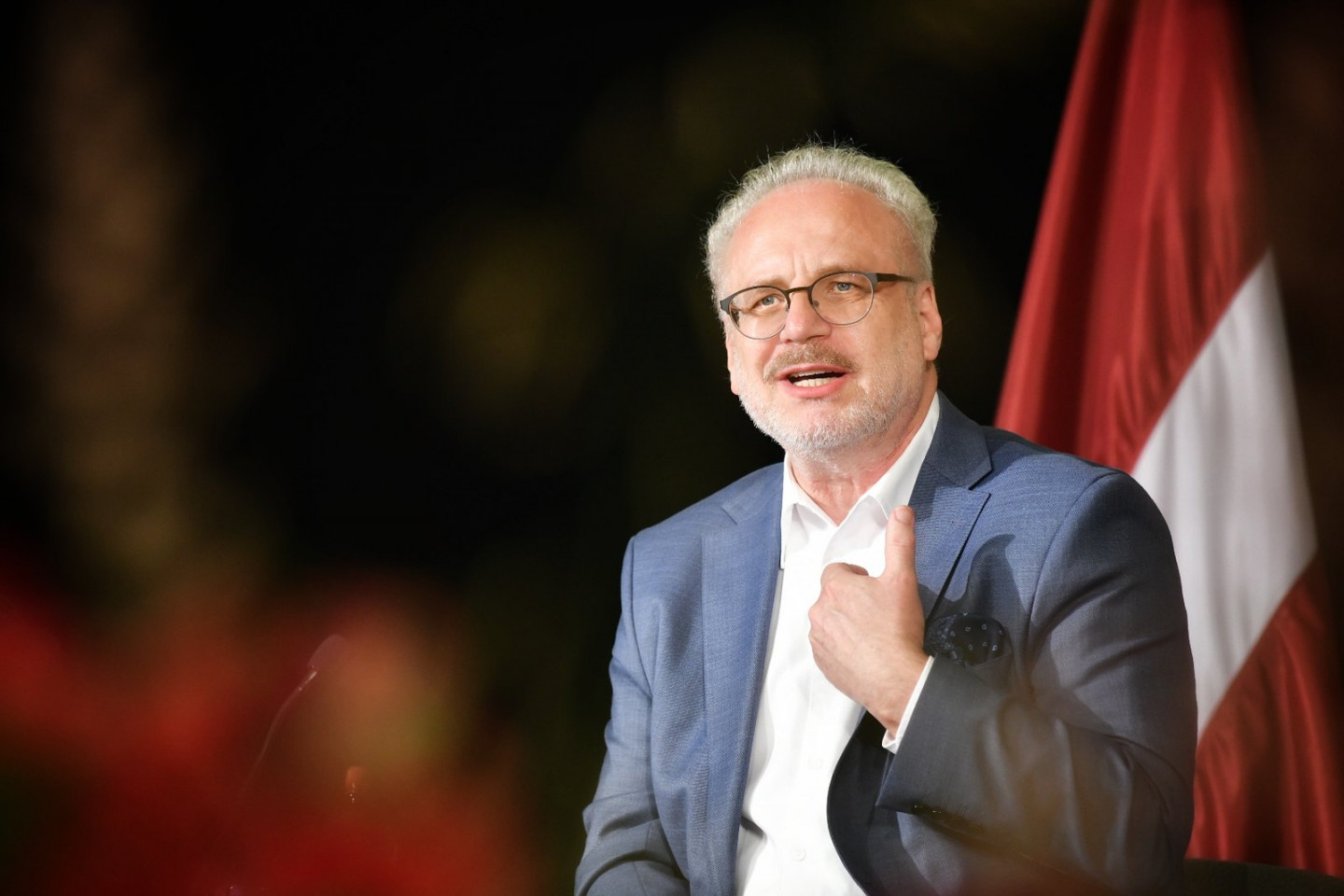 On Tuesday evening, the government decided that the restrictions on working hours during the state of emergency on the provision of services and the organization of events would not apply in Latvia on New Year's Eve.

Shops in shopping centers will also be able to open again on weekends and public holidays. The amendments will come into force from Friday, December 24, the first public holiday after the government meeting. The changes to the regulation of the allowed working hours of bars, restaurants and other cultural and entertainment venues on New Year's Eve between 11pm and 6am are based on the tradition of celebrating the New Year. However, this will only apply for one night, and even then all safety rules will have to be respected - the set square meters per visitor and the presentation of a vaccination certificate.

Until now, the provision of services in shopping centers on weekends and public holidays was prohibited, with the exception of basic necessity stores. This restriction was based on the habits of the population, which could lead to additional crowds during the festive period.

People need a break before the storm

In an interview with Latvian Television's "Rīta panorāma" program, President Egils Levits expressed his dissatisfaction with such changes. He believes that with the spread of the Covid-19 Omicron variant, the public should be more cautious and refrain from large gatherings on Christmas and New Year's Eve. The government should therefore have imposed restrictions. Since this has not been done, the President does not support the Government's decision.

Minister of Health Daniels Pavļuts disagrees with the President's criticism. He stresses that all the epidemiological safety rules apply even while the restrictions are eased and that they are quite strict compared to the other EU Member States. Moreover, following a request by the Ministry of Health, the government has not approved the easing of restrictions, which were going to be introduced on January 11 that were planned before the Omicron variant of Covid appeared.

The Minister admits that he was initially reluctant to agree to this idea, which was supported by the majority of the government, but then, looking to the future, he agreed to it.

"I resisted it until the last moment, but I also agreed in the end that society deserves a little respite (...) We need a respite because in January we will most probably face a new wave, new restrictions and, very probably, a new lockdown to escape the Omicron superwave,"

says the Minister of Health.

Anda Čakša, former Minister of Health and New Unity (Jaunā Vienotība) representative, agrees. She stresses that it would be much more appropriate to spend the holidays skiing, for example, but if someone needs to visit a supermarket between the holidays, then this should not be denied.

"As far as shopping centers are concerned, I think it is a good relaxation of restrictions because it will disperse people between the holidays. It is better to be able to go to the supermarket on all days rather than allowing crowds to form by restricting its working days. As for New Year's Eve, you have to be aware that there are risks, but it is better to allow it than to let people hide and meet up anyway. This is the time when people need to think about their own safety. Besides, we often like to compare ourselves with Estonia, and they have the same solution," says Čakša.

Pointing out that the New Conservative Party (Jaunā konservatīvā partija) faction supported the government's decision, Normunds Žunna, representing this political force in the Saeima Social and Labor Affairs Committee, explained that the restrictions are intended to allow a person who is trying to decide between different choices to make the right decision. But if it is necessary to go to the shop, the risks are kept to a minimum by complying with all epidemiological requirements.

In the vote to reconfirm the government's decision, Harmony (Saskaņa) abstained, which is essentially a vote against.

Ivans Klementjevs, who represents this political organization on the Defense, Internal Affairs and Corruption Prevention Committee, which is responsible for epidemiological safety measures, explains that this choice was made because the party is unable to see a system in the government's decisions concerning the pandemic.

"We abstained in the vote because we do not agree with the whole system, we do not see what will follow these decisions. First, one thing is restricted, then another, but there is no concept where we can see what the overall plan is. The government has no strategic thinking,"