Levits - the least liked President of Latvia of all time

Ever since Vaira Vīķe-Freiberga got some well-deserved rest after two terms as President, the people of Latvia have never really liked the future Presidents of Latvia. One has allegedly taken monetary gifts of gratitude, another has threatened to beat up journalists, and they have rarely been able to please with their grasp of foreign languages. Even the accent of a certain region of Latvia has bothered many, but none of these much-criticized presidents has fallen so deeply into the people's disfavor as Egils Levits, who knows four foreign languages and was hailed as a "bright star" just under three years ago.
10.01.2022. Jānis Lasmanis 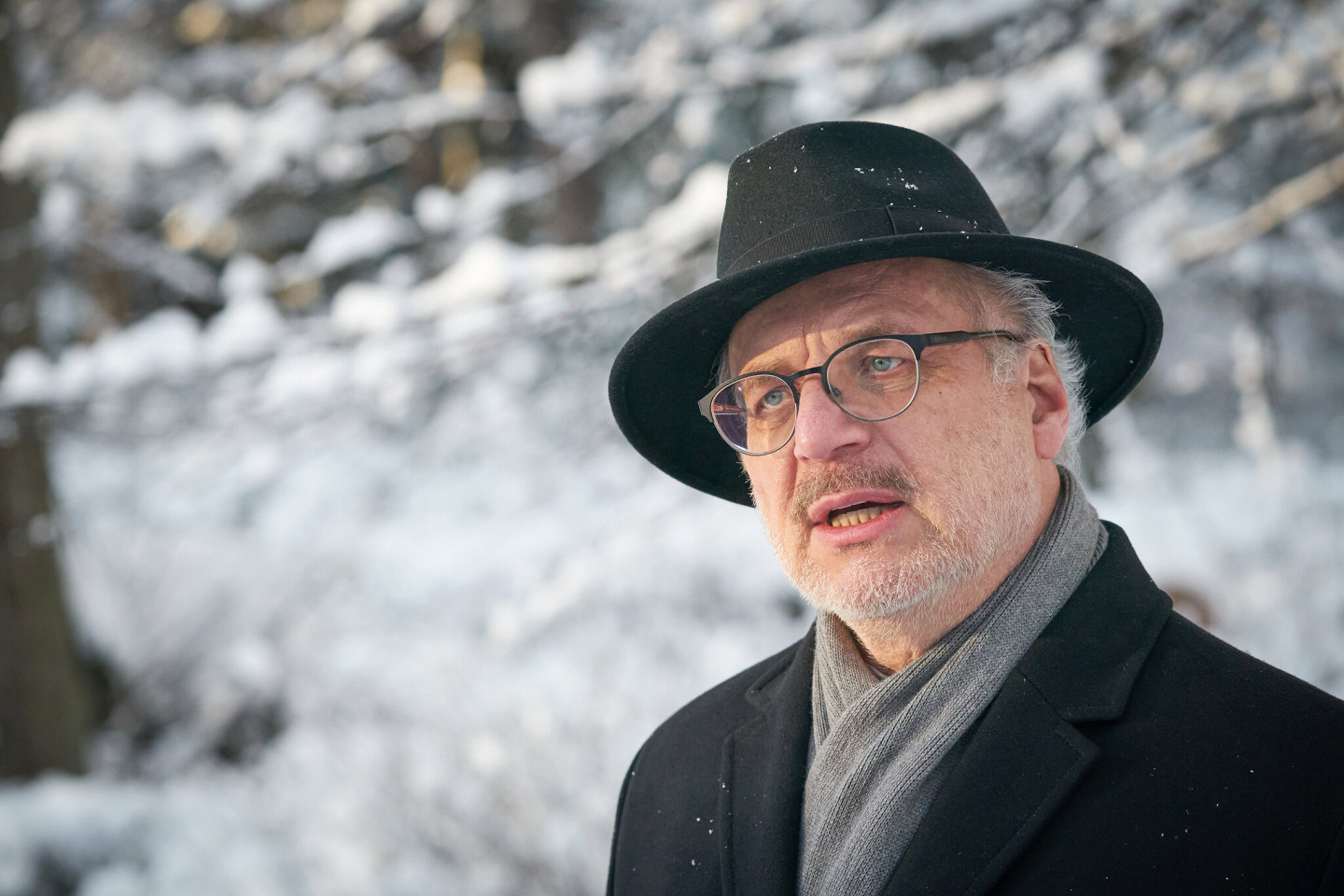 "Compared to the many years of a dismal and hopeless presidency, the candidacy of Egils Levits is like a bright star. The glow of this star comes from a deep intelligence, from an excellent understanding of Latvia's place and role in the European and global context. From the ability, and this is so important, to communicate fluently in four foreign languages - English, German, French and Russian. Latvia badly needs a star to shine on the dark, lawless corners of our country, and Levits, as a highly qualified lawyer, will be able to do this. It was Levits who laid the legal foundations for the restoration of the Latvian state, and he has been closely connected with Latvia all these years. I am convinced that he would be able to give wings of hope to all the disheartened with his great faith in the Latvian state and the Latvian nation," said poet Māra Zālīte when she and other intellectuals announced Levits' candidacy in 2019. 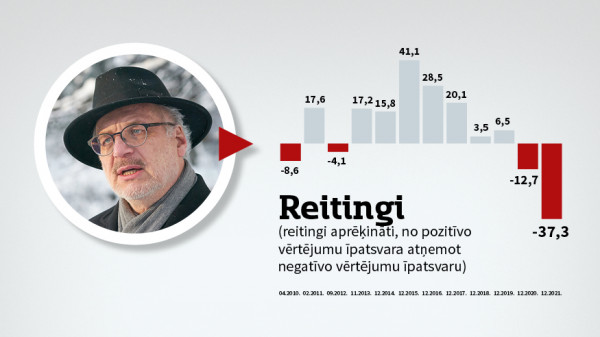 At least in terms of formal intelligence, Levits really cannot be faulted, and his knowledge of foreign languages is also formidable compared to his last two predecessors. But it turns out that this is not enough to be, if not loved by the people, at least understood. This is clearly demonstrated by the survey "Trust in State and Public Institutions and Evaluation of the Performance of Politicians and Public Officials", commissioned by Neatkarīgā at the end of each year and carried out by the SKDS Research Centre.

In 2019, when Levits took office as President of Latvia, most of the public, who knew of the lawyer only that he had represented Latvia before the European Court of Justice, had played a significant role in drafting the preamble to the Constitution and briefly served as Minister of Justice shortly after Latvia regained independence, received the new President cautiously but optimistically. His performance was viewed positively by 48% of respondents and negatively by 41%. These statistics gave Levits a modest but positive rating of seven points.

In 2020, the popular assessment was considerably worse. Already 52% of respondents had a negative view of the Levits presidency, while the share of his supporters had dropped by nine percentage points, with the result that his rating had already slipped into the negative part of the scale. However, it should be noted that in the first full year of his presidency, E. Levits had achieved that more people had an opinion of his performance than in the years before. In 2019, 11% had no opinion of his performance, while in 2020, it was 9%.

Last year, too, E. Levits managed to create an opinion about himself in an ever-growing part of the public. Only 5% had no opinion about him last December. And that is the only good news for E. Levits in the context of this study.

Only 28.7% of respondents have a positive opinion of his performance, while 66% have a negative opinion. Thus, the year-end rating of President Levits has reached the lowest point of all presidencies since independence so far - minus 37.3.

Since 1996, when SKDS started measuring the popularity of Presidents, before the first full year of Levits presidency, the most unpopular President was Andris Bērziņš. At the end of his first month in office, his rating was also negative 37, but by the end of the year, Bērziņš had managed to convince most of the public of his abilities. His rating was positive 19 points. Unfortunately, for E. Levits, his vector is diametrically opposite - his supporters are shrinking year by year.

In a broader context, however, the President can be satisfied with the fact that he is still rated higher than, for example, the Saeima and political parties. Only 12.5% of the population trusts the latter, while the share of those who do not trust them is 80%. 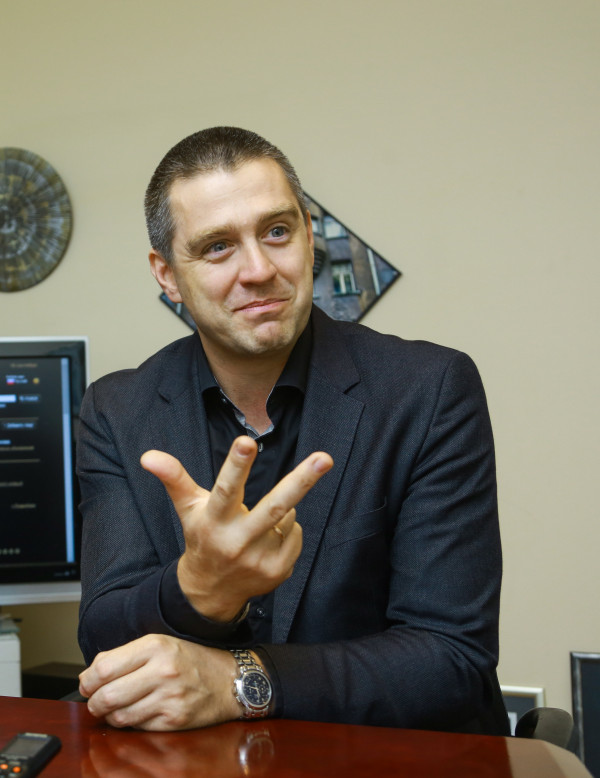 "I can say unequivocally that this is the result of his own work and the work of his team. No president in Latvia has ever had carefree times, especially when it comes to those who have had to deal with a crisis, and we have them frequently.

Of course, you can find excuses for the low rating: Covid or inflation... But there have also been financial crises in the past, security crises. The Covid crisis is of course specific, but on the other hand, it is still a crisis. It is a crisis for everyone, not just for Latvia.