Calls for more pressure on those who consume banned Russian propaganda

The protection of the information environment must become a priority not only for economic interests, but also for national security. This is the opinion of Ainars Latkovskis, chairman of the Saeima Strategic Communication Subcommittee, who proposes criminal sanctions for the installation of illegal systems to access audiovisual services. He also believes that the police should intensify their action against users of such systems. So far, law enforcement authorities have only targeted the installers of the devices.
20.04.2022. Jānis Lasmanis 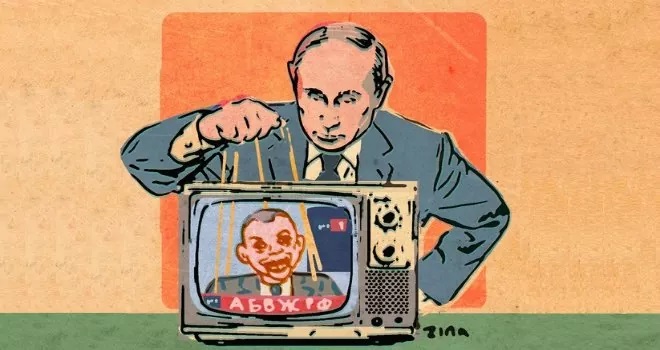 Currently, installers of software or devices are punished administratively. In March, users of such systems were also subject to administrative liability - fines of up to €700.

Only last month, both the police and the parliamentarians who drafted the bill expressed the view that the law introduced administrative liability against users only as a deterrent. The hope was that the knowledge that illegally accessing audiovisual content could lead to a hefty fine would deter such behavior.

However, developments in Ukraine have convinced some legislators that the existing penalties and practices of the State Police are not enough. In particular, illegal systems offer not only audiovisual content not licensed in Latvia, but also banned content, e.g. Russian propaganda TV channels.

Pointing out that this is also a matter of national security, Ivars Āboliņš, Head of the National Electronic Mass Media Council, called on the Committee to take action to make this issue a priority. In support of this position,

Latkovskis, representing New Unity (Jaunā Vienotība), proposed to add a provision to the Criminal Law which would make the installation of such systems punishable by up to two years' imprisonment.

As evidence of the effectiveness of such an approach, the MP recalled the almost decade-old history of the rapid spread of the non-criminalized use of the intoxicating and life-threatening substance spice. At that time, the scourge of spice could not be stopped by administrative penalties, so the distribution of the substance was criminalized and the problem quickly disappeared.

Ruslans Grīgs, Deputy Head of the Cybercrime Unit of the State Police ENAP division, who was present at the Committee meeting, acknowledged that this initiative could be put forward for discussion, but at the same time pointed out that the specific nature of Criminal Law might make it difficult to gather enough evidence to actually convict the person concerned.

"I would not say no, but we have to look at the process of collecting evidence, whether it will be possible to collect a body of evidence to prosecute. I think that could be added to the discussions," the police spokesman said.

For his part, Āboliņš said that the legislator could return to this topic when the Council presents its proposals for amendments to three laws with identical aims - to reduce access to unlicensed and illegal content.

Latkovskis called on the police representative to focus more on the users of illegal services and to report widely on such cases. The MP believes that a few cases where a rather impressive fine is imposed could deter many people from consuming illegal services and content.

At the same time, he called on the members of the Committee to write a letter to the Ministry of the Interior to really focus on this issue, but his idea was only openly supported by Edvīns Šnore, representing the National Alliance (Nacionālā Apvienība). Nikolajs Kabanovs (Harmony, Saskaņa), on the other hand, openly stated that the fight against illegal audiovisual content should not be a priority. The priority, in his view, should be to ensure that content produced in Latvia is available in Russian.