The Civil Union Law, which also legalizes same-sex unions, opens a new door to immigration. This is how the parties in the Saeima that are determined to prevent its approval translate the bill, pointing to potential threats to national security.
28.04.2022. Jānis Lasmanis 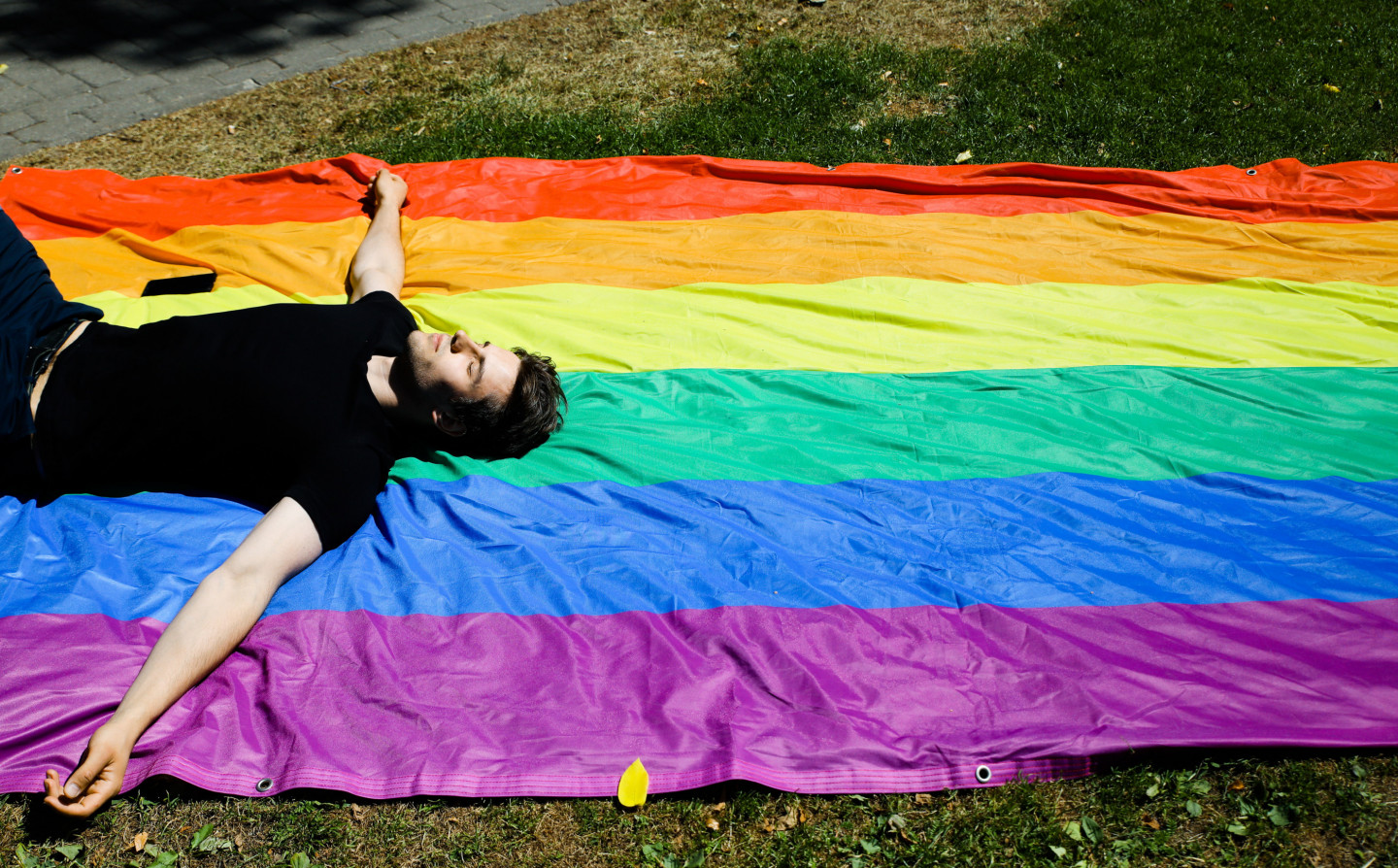 In particular, the version of the Civil Union Law that is being advanced to the second reading states that a civil union in Latvia may be concluded by a citizen of any country, provided that he or she has the right to reside in the territory of our country at the time the relationship is registered.

Jānis Iesalnieks, representing the National Alliance (Nacionālā apvienība) in the Saeima Legal Affairs Committee, expressed concern that this wording could allow a third-country national who has entered into a civil union with a Latvian national to apply for a residence permit or an extension of its term. The politician suggests that in this way countries unfriendly to Latvia could send their spies here.

The representative of the Office for Citizenship and Migration Affairs, who was present, tried to allay these fears by pointing out that no law provides for such a thing. She also reminded him that the issuance of visas to Russian citizens is currently suspended. However, the issue was then taken up by independent MP Jūlija Stepaņenko, who, drawing parallels with the institution of marriage, questioned whether a person entering Latvia on a travel visa and entering into a civil union with a national would really be expelled immediately after the expiry of the residence document.

The debate on this issue will continue at an extraordinary meeting of the Legal Affairs Committee tomorrow and at the next committee meetings, as the workload is quite heavy: 83 proposals have been submitted for the civil union bill, but only 15 could be examined at the almost two-hour committee meeting on Wednesday.

As expected and promised, the National Alliance, Stepaņenko and former Minister of Welfare Ramona Petraviča, a member of the Independents (Neatkarīgie) faction, are coming out in full force against the law.

She had submitted a proposal to allow three or more persons to enter into a civil union, in fulfilment of her promise to at least try to make the bill absurd.

She pointed out that such a model of relationship also exists in society and there was no reason to ignore it.

This idea was also taken up by Iesalnieks, whose party believes that the Civil Union Law is being created as an analogue to the institution of marriage in order to eventually legalize the marriage of same-sex couples. "If this bill is not meant to create a legal institution analogous to marriage, why are these civil unions limited to two persons, because it looks like discrimination to me," the politician said.

When Dagnija Palčevska, spokesperson for the Ministry of Justice, explained that the bill was created following the decision from the Constitutional Court and a demand from a part of society, but there is no demand for the right to register polygamous relationships, the proposal was rejected.

An attempt by Aleksandrs Kiršteins, representing the National Alliance, to dilute the Civil Union Law to a concentration which, in his view, did not undermine the traditional institution of family and marriage, was also rejected.

Kiršteins had proposed to extend the civil union bill and to change the name of the bill to "Law on the Protection of the Rights of Individuals Living in a Joint Household". He also proposed to replace the words "civil union" with "joint household" throughout the draft law, in keeping with grammatical norms, meaning both brothers and sisters and unrelated seniors who, for economic reasons, would have decided to form a joint household.

Also, by four votes for to five against, MPs rejected a proposal by MP Stepaņenko to change the title of the draft law to "Law on Protection and Strengthening of the Family".

Stepaņenko proposed that the purpose of the law be amended to state that it should establish organizational and legal measures to strengthen the family. The law would also establish the procedure for the development of family policy and ensure coordination of the activities of institutions in the development and implementation of family strengthening policy.