Until now, non-citizens who are unwilling or unable to naturalize have had to accept being denied many rights that only citizens enjoy. Now a new restriction has been added - in the sports sector that until now has rarely been involved with politics.
29.04.2022. Jānis Lasmanis 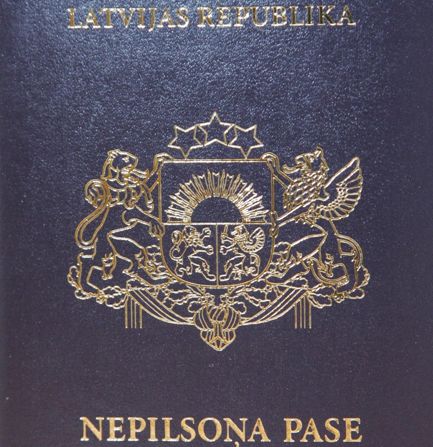 It is already common for non-citizens to be barred from standing or voting in elections, from working as lawyers or judges - dozens of restrictions in all, including a ban on buying land in certain places. Non-citizen organizations, whose activities often raise questions about their links to the Kremlin and lobbying its interests, have sought to have these restrictions lifted. So far without success. The Ombudsman, Juris Jansons, has also assessed the restrictions and found that they do not violate the right to life, liberty, inviolability and security of the person.

The Russian invasion of Ukraine has not only once again raised the question of why, 30 years after independence, there are so many people who do not want to acquire Latvian citizenship, but has also raised wider concerns about the loyalty of such people to the state.

Therefore, given that Russia has not been shy about including sport in its soft power toolbox, parliamentarians on Thursday adopted a number of amendments to the Sports Law. One of them stipulates that from now on only Latvian citizens can be members of the executive bodies of sports federations.

The draft law was adopted with the overwhelming support of the majority of the Saeima, but was opposed by Edgars Kucins of Harmony (Saskaņa). Quoting President Egils Levits and Prime Minister Krišjānis Kariņš, who said that regardless of language and political views, "we are united in patriotism", and called not to start a "witch-hunt" of non-citizens.

"Politically, we hear talk of uniting society, of building a united political nation. But what is the reality? What kind of unification of society, a united nation, can we talk about when we enshrine in legislation the norm that only a citizen of the Republic of Latvia can be a member of the executive body of a sports federation, thus depriving a large part of the society of this right (...)

This is discrimination, colleagues. Once again it is proposed to divide our citizens into the right and the wrong," the MP said.

Sandis Riekstiņš, representing the Conservatives (Konservatīvie) faction in the Saeima, was not convinced by such arguments. "It is a bit strange to listen to the Saeima sitting that we are still discussing this - citizens, non-citizens, and whether non-citizens should be allowed to run sports organisations that receive state funding, more precisely, taxpayers' money. We are still debating this here, 30 years later. This should have been done a long time ago. Nobody has prevented them from obtaining citizenship," Riekstiņš outlined his position.

After Riekstiņš's reply, the citizenship issue was not raised again, and the Saeima adopted in its final reading other restrictions in the sports sector inspired by Russian aggression. Latvian athletes are now banned from cooperating with Russian and Belarusian sports agents. Latvian registered sports teams are also banned from participating in Russian or Belarusian national championships and cups. Similarly, a person who is a staff member of foreign state security services, intelligence services or counter-intelligence services and who was an employee or informer of the LSSR State Security Committee will not be allowed to be a member of a sports executive body.