Straume to be reappointed as KNAB chief not without criticism

The selection committee, having evaluated two candidates, has decided that the current head of the Corruption Prevention and Combating Bureau (KNAB), Jēkabs Straume, is worthy of continuing to head the Bureau for a second term. His candidacy still needs to be approved by the Saeima, which is likely to happen, but it is expected that Straume and the organizers of the competition will have to answer some unpleasant questions and listen to some harsh criticism.
05.05.2022. Jānis Lasmanis 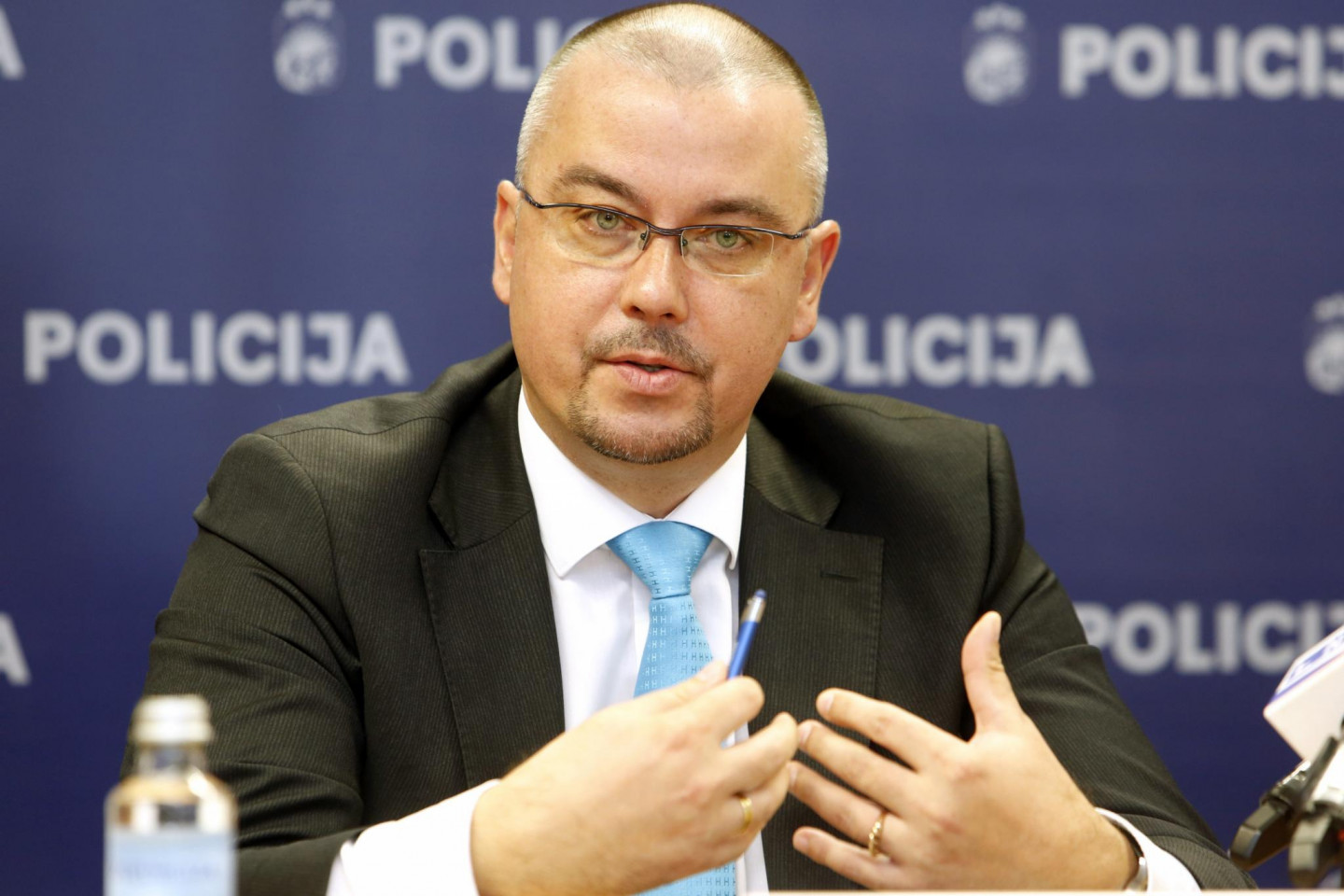 After the opening of the results of the competition, the head of the selection committee, the Director of the State Chancellery Jānis Citskovskis, said that only two candidates had applied for the post of the head of the KNAB. Straume and an unnamed person who did not pass the first round of the competition because he did not meet the criteria for the post at all. The second candidate did not have the necessary education or foreign language skills.

The decision of the selection committee does not mean that Straume will indeed head the KNAB for another five years. His candidacy will first be discussed by the members of the responsible Saeima Defense, Internal Affairs and Corruption Prevention Committee, then by the factions, and then the Saeima will have to vote on him.

The chairman of the Committee, Juris Rancāns, representing the Conservatives (Konservatīvie), is hesitant to support Straume, as there are some uncertainties about the procedure and Straume himself needs to be questioned.

"The selection committee has found Mr Straume to be a good candidate, but when this issue is on the agenda of the Saeima, this particular draft decision will be considered. We want to question the candidate more closely.

We also need to look more closely at the issues that have been raised by NGOs - the transparency of the selection process. And rightly so. If we are talking about the CPB, then it is clear why there should not be transparency in the competition, but for the head of the KNAB, the procedure could be transparent.

We could question the person in question about his future plans and then decide whether or not to support him. At the moment, it is difficult to say unequivocally whether to support him or not," said the head of the Committee.

It should be recalled that the Conservatives might have a particular view of how KNAB and its head have worked and how they should work, because the party's road to the 13th Saeima was paved by former high-ranking KNAB officials - late Saeima MP Juta Strīķe and Juris Jurašs, who resigned from the Saeima and went to fight in Ukraine.

Māris Možvillo, a member of the Saeima faction Independents (Neatkarīgie) and leader of For a Humane Latvia party (Par cilvēcīgu Latviju), has a clear position. He reveals without hesitating that he and his faction will not vote for Straume.

One of the reasons is that the successor of KPV LV, For a Humane Latvia, has been denied state funding by the KNAB for allegedly breaching accounting rules. The party is still litigating and hopes to recover the taxpayers' money it has not yet received before the elections, but Možvillo is convinced that unprofessional people work in the bureau and that Straume is responsible for maintaining such a team.

"I am categorically against it. Of course, he is not the only employee, but he has been running the institution for five years. If you have a staff that tries to punish accounting irregularities that do not exist, that understands nothing of accounting, then what quality of decisions can we talk about?

With one properly packaged decision, they can destroy a party in one fell swoop. I have also told Straume that I think that the KNAB is an institution that can be commissioned, where things can be ordered in order to achieve something in the political struggle, and this conviction is getting stronger day by day," says Možvillo and recalls that the KNAB did not punish For Latvia's Development (Latvijas attīstībai) for illegally received donations because of the statute of limitations.

Možvillo also believes that the KNAB is under the wrong authority. In his opinion, the controlling body of a political party should not be under the control of the Prime Minister.

New Unity (Jaunā Vienotība), National Alliance (Nacionālā apvienība) and Harmony (Saskaņa), on the other hand, rate Straume's performance highly enough to pledge to support him in the vote.

Ainars Latkovskis, representing New Unity in the responsible committee, admits that Straume has taken with him from his previous workplace - the Military Intelligence and Security Service - some patterns of behavior that are inappropriate for the work of the office, but that enough has been done to allow him to continue as head of the KNAB.

"He was in the most secret of our services, and already when he took office he was not talkative, but this is a post where you have to talk to the public. This is the thing that has been missing. Of course, part of it can be written off on the fact that we had a pandemic and now we have a war in Ukraine, but it is also a preventive one. Previously, the volume in the information space was partly related to the situation within the KNAB itself, but now, as I understand it, there are no internal problems," Latkovskis said.

He also points out that the office headed by Straume has initiated several criminal proceedings regarding developments in the Riga City Council and its companies. "Before that, Riga and around Riga, Riga City Council and its companies looked like a taboo to the KNAB," the MP recalls, and puts in the opposite scale the fact that, similarly to the Rīdzene conversations, the Taureņi sauna conversations case ended with nothing in the office headed by Straume. Nevertheless, New Unity will support Straume's candidacy.

Edvīns Šnore, representing the National Alliance in the responsible committee, also expressed his support for Straume, noting that the party had not yet officially decided on the matter. "I think that Mr Straume is doing his job and, so to speak, fighting corruption. I do not see any very significant problems that I remember from previous years with the KNAB, where there were all sorts of internal disputes that, in my opinion, had a very negative impact on the work of the office. The head seems to have managed to eliminate such things and to redirect resources to what was originally intended - fighting corruption," says Šnore.

Ivans Klementjevs, a member of the Harmony party, also believes that the KNAB is managing its duties and that Straume should be entrusted with its management for the next five years as well.