Ancient Israelites, to absolve their people of their sins, symbolically laid them on a goat, which was then driven into the desert to Azazel. Like this goat, the majority of the Saeima laid all the sins of the financial sector on Ilze Znotiņa. Instead of being exiled in the desert, she was denied the opportunity to continue to head the Financial Intelligence Unit. The Cabinet's indifference to the future of its own approved candidate and the proximity of the Saeima elections also played a role in this vote.
20.06.2022. Jānis Lasmanis 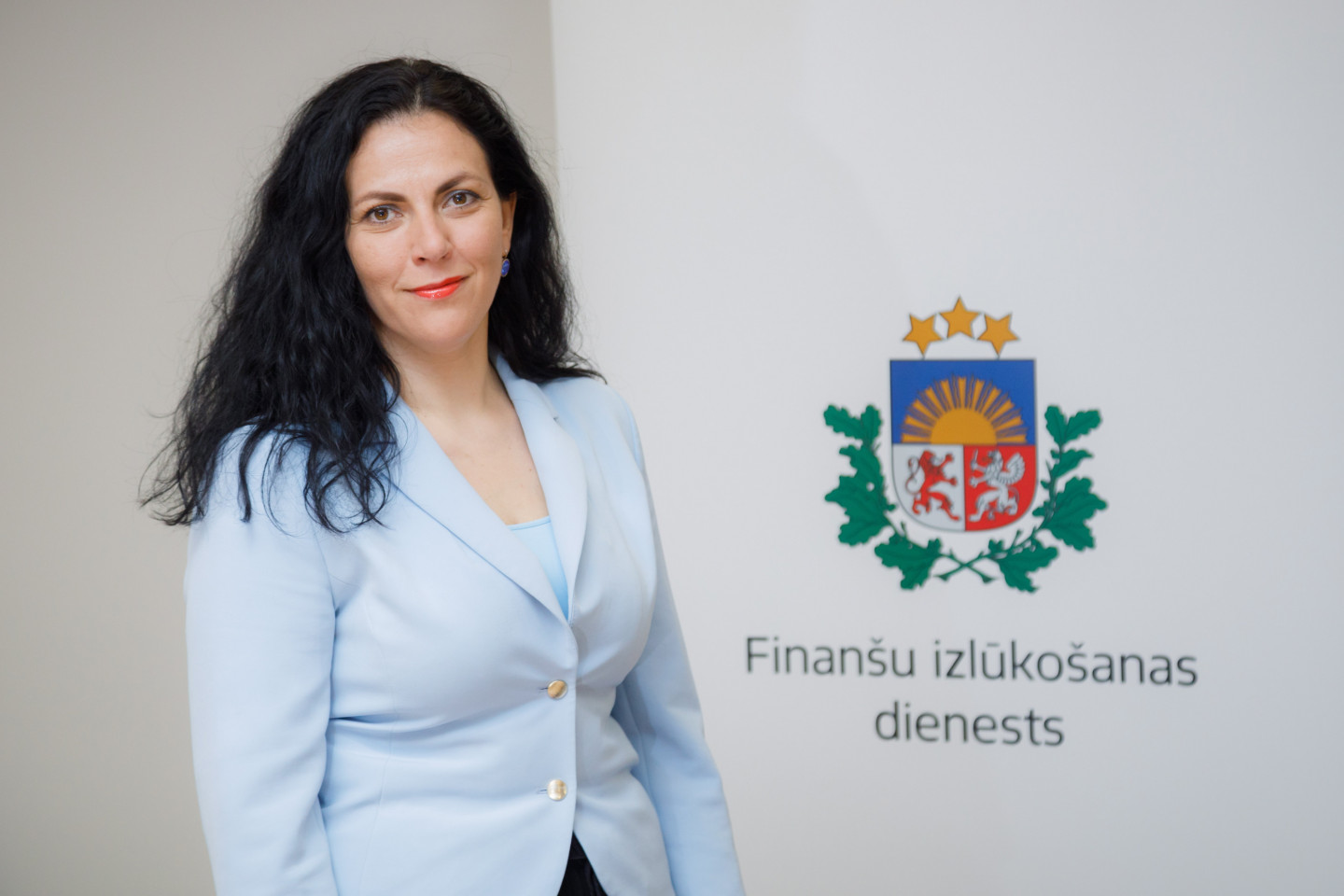 During her four years at the helm of the Financial Intelligence Unit, Znotiņa had built up a considerable reputation in the international community of related organizations. As proof of this, these organizations had considered holding their annual meeting in Latvia, but following the Saeima's decision, it could be moved elsewhere.

Her professional qualities were also assessed as suitable to lead FIU again in a competition organized by the State Chancellery. It was also trusted by an overwhelming majority of the government. In the Cabinet vote on the nomination of Znotiņa for approval by the Saeima, all voting Ministers supported it. Only the Minister of Welfare, Gatis Eglītis, did not take part in the vote, as he was in a civil dispute with Znotiņa and did not want to influence her professional career in any way.

In general, such an overwhelming consensus of the government makes it fairly certain that the candidate will be confirmed by the Saeima. But this was not the case for Znotiņa. First, because of the Conservatives (Konservatīvie), her confirmation was removed from the Saeima agenda. The party wanted to get to know the head of FIU better. Krišjānis Feldmans, head of the Conservatives' Saeima faction, explains that some MPs got to know Znotiņa very well during their work in the committees, while others had no information about her at all.

"It was an interesting situation that neither the prime minister nor the finance minister at the coalition meeting had the slightest interest in approving such a high-ranking official,"

says Jānis Dombrava, deputy chair of the National Alliance (Nacionālā apvienība) Saeima faction, who, in an attempt to maintain some collegiality, did not take part in the vote at all.

Without coordination from the government, the faction of the two coalition parties - the Conservatives and the National Alliance - decided to vote "according to conscience". Only the representatives of the National Alliance and the Conservatives, who work in the Saeima Presidium and in the responsible Saeima Committee for Defense, Internal Affairs and Prevention of Corruption, remained collegial with the government, contrary to their personal opinion.

Responsibility for the entire financial sector

Although there were suspicions that Znotiņa's candidacy might not be approved with enough votes, the result of the vote was somewhat surprising, as the coalition representatives whose ministers had supported her were also not in favor of her confirmation.

Sandis Riekstiņš, one of those who pressed the "against" button on the voting pad, representing the Conservatives, explains that he was initially inclined to support Znotiņa's re-appointment, but meetings with her in the fraction and talks with small and medium-sized enterprises made him reconsider. "One thing is the international story, another is the local one," says Riekstiņš.

He refers to the increasingly loud complaints that banks, supposedly fighting illegal money, are so demanding of their customers that they sometimes make it literally impossible for companies to operate and they are forced to open accounts in foreign banks.

In a meeting with the Conservatives, Znotiņa blamed the Finance and Capital Market Commission for the zero tolerance attitude of the banks, which did not satisfy Riekstiņš. In his view, the FIU should engage in a trialogue with the FCMC and the banking sector to ensure that the anti-money laundering guidelines are followed in a proportionate manner.

Aleksandrs Kiršteins, representing the National Alliance, also points out that the FIU shares responsibility for what is happening in the financial sector and for the excessive attitude of banks towards their customers.

"Why is it that entrepreneurs who cannot open an account in Latvia for months can do so in one day in Lithuania?" he asks rhetorically.

He points out that in 2018, when Znotiņa took office, Latvia, Lithuania and Estonia were at the same level in terms of attracting investment, but after four years of Znotiņa’s work, we are tens of percent behind our neighbors, and this is only because of the banks, the FIU and the FCMC. "Several Belarusian IT companies that fled from Lukashenko to Latvia have now fled to Lithuania."

Like Riekstiņš, Edgars Tavars, an oppositionist who initially thought to support Znotiņa and has now left the Union of Greens and Farmers (Zaļo un Zemnieku Savienība) faction, changed his mind after talks with businessmen. After revealing that he was going to support the current head of the FIU for a second term, he received an indignant and bewildered reaction from the business community and stories about how impossible it had become to do business because of the attitude of the financial sector. "I was thinking of voting in favor, but then I discussed it with the business community - there were no options. They are closing the accounts to our own invited Belarusians because according to the FIU guidelines they fall into the suspicious category."

But the zero tolerance policy in the financial sector is not only causing problems for businesses. For individuals too. One of the factors behind the decision of the Harmony (Saskaņa) faction not to support Znotiņa, for example, was the problems caused to the relatives of politically important persons.

According to Jānis Urbanovičs, the leader of Harmony, a relative of a member of Harmony could not open a bank account only because his relatives included a "politically important person" - a member of parliament.

"We hear the lamentations of businessmen, and our own MPs also knew about the unjustified repression of their relatives. Even children who have an MP parent - a politically important person - do not have their accounts opened or have their accounts closed just because. This is happening thanks to Znotiņa’s office and the FCMC. This could not but provoke a reaction,"

says Urbanovičs. "We accuse the intelligence unit and the FCMC of excessive subjectivity, this is unacceptable and someone has to answer."

Kiršteins has identified one of the reasons for the banks' behavior. Bank customers linked to politically exposed persons are subject to increased monitoring and screening, which imposes additional costs on banks that they do not want. They are heaped on the shoulders of such clients, or the client is not taken on at all.

Are Midsummer celebrations more important than Ukraine and MEP duties?
Jānis Lasmanis
Singer Marija Naumova: May peace be in our hearts
Santa Raita
President Egils Levits is already dictating the rules to a Prime Minister who has not yet been elected
Jānis Lasmanis
MP Marija Golubeva: The President must also intervene because this is becoming a constitutional crisis
Jānis Lasmanis
MoE Ilze Indriksone: The biggest risks are if we start slowing down the economy with inflation-control measures
Jānis Lasmanis
Latvian Foreign Minister: NATO membership of all three of these countries - Turkey, Sweden and Finland - is essential for Latvia's security interests
Jānis Lasmanis